Microsoft Is Training AI In Minecraft

And opening it up for everybody this summer 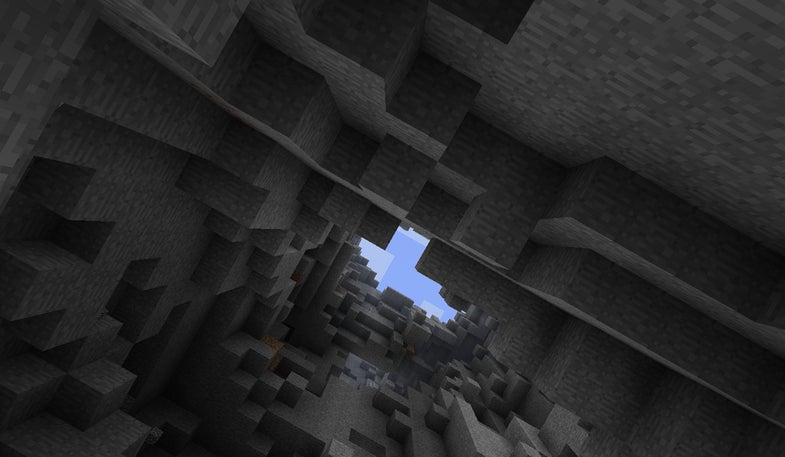 The machine was born in a sandbox. Stumbling for meaning, its five parents watched as it learned the rules of the world around it. Everything is built of cubes, which can be climbed one at a time. There is light, and there is darkness. “Up” has a meaning different from “down.” The machine learned. The makers gave the machine a task: go up. And, eventually, the machine did just that, safely within the confines of its Minecraft world. Microsoft, which owns the wildly popular open-ended game, is using the setting as a laboratory for artificial intelligence. This summer, they’re opening it up for everyone.

AIX is an AI platform developed by researcher Katja Hofmann, whose focus is machine learning and perception. She’s part of Microsoft Research Cambridge, the lab that unveiled AIX today. Hofmann said that Minecraft is an appealing world for AI to explore because “You can do survival mode, you can do ‘build battles’ with your friends, you can do courses, you can implement our own games. This is really exciting for artificial intelligence because it allows us to create games that stretch beyond current abilities.”

As a full game, the world of Minecraft is rich with horrors, from spiders to zombie to skeletons and more, which come out at night and make life hard for characters. During the day, the world is safe to explore, as the monsters are afraid of the light. This is great for human players, who can time their excursions around the sun. For the AI learning to climb in a monsterless void, night and day are irrelevant information. Making an intelligence that can discard useless information is as much a part of AI as teaching it to act on useful facts.

For now, that means an intelligence in a simulation is learning to climb as high as it can. When the project is released open-source this summer, it could mean armies of machines learning how to survive the virtual world all on their own, with monsters lurking in the darkness.