What Was That Boom That Just Shook New Jersey? 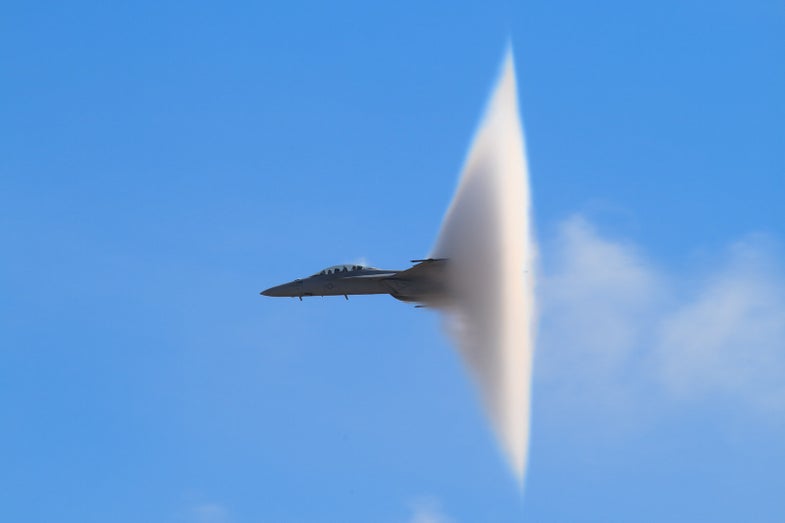 Miramar Air Show 2008. The F-15 Eagle sports the vapor cone that becomes visible when flying at or near the speed of sound. Steve Skinner
SHARE

People in New Jersey, New York, and Connecticut were surprised today by a rumbling shaking that proceeded northwards along the coast. Was it an earthquake?

Apparently not. Police departments soon urged people to stop calling 911 as the United States Geological Survey (USGS) and others swiftly reported that there was no seismic activity in the area. So what was it?

The USGS is pretty sure that it was a sonic boom, a thunder-like clap of sound caused when a vessel travels faster than the speed of sound.

A local ABC station initially reported that the sonic boom may have been attributable to military exercises in the area:

But Gizmodo’s Katie Knibbs reports that McGwire Air Force Base and NORAD have denied having supersonic jets in the area.

Nonetheless, if it was a plane, that might explain why the rumbling was reported across such a wide area.

A plane traveling fast enough to create a sonic boom doesn’t cause an earthquake. But the vibrations from the sonic boom are sometimes intense enough to be picked up by seismometers, machines that measure shaking in the ground.

Though they are used to monitor earthquakes, seismometers can pick up all sorts of vibrations, from ‘fanquakes’ caused by people cheering at football games, to ‘bearquakes’ caused by a bear obliterating a seismometer station in rural Alaska. Some researchers even believe that seismometers could be a useful forensics tool for decoding what happens during large explosions.