Pokémon Go Gameplay Has Been Revealed

Here's how the augmented reality Pokémon title will look 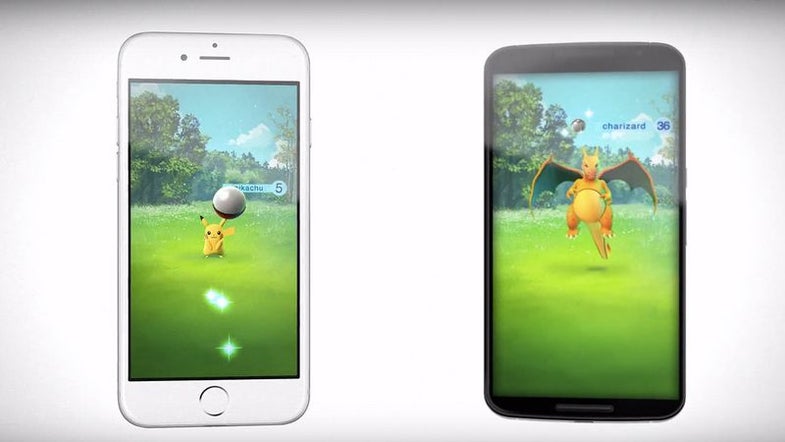 Pokémon Go gameplay has finally been revealed. After news that the game would not be shown in California at GDC this year, the first augmented reality Pokémon title for iOS and Android saw visuals revealed at a South by Southwest (SXSW) 2016 panel. A release date for Pokémon Go remains to be seen, but at least footage has finally hit the web.

We may be past the month-long 20th anniversary celebration for the game that started it all, but it seems February was only the tip of the iceberg of what the Pokémon Company has planned. Along with the next generation games of Pokémon Sun and Moon, 2016 will see the release of Pokémon Go: the first smartphone title adventure for the series.

Check out the first leaked video of the augmented reality game below:

The launch window for Pokémon Go remains to be announced by the Pokémon company, but Japanese players hoping to play early are in luck. According to IGN, Pokémon fans residing in Japan will reportedly be able to take part in a field test of Pokémon Go that allows them early access to the game–akin to a beta trial. No word on when specifically, if other regions will gain access to a similar trial period.

If the initial trailer (included below) is to be believed, fans will be able to encounter Pokémon in various parts of the real world, depending on location. Not much is known about Go, but many hints can be drawn from the teasers released by the Pokémon Company. Similar to the portable games we’ve seen on Nintendo handhelds, battling and trading could be a core part of the Pokémon Go experience.

But fans hoping for more details and even further gameplay footage will have to practice patience. Without official word of when Pokémon Go could see the light of day, the iPhone and Android app could come at any moment. Though with smartphones in Japan soon getting an early look at what’s to come, fans of all regions may not have to wait long.