This Plastic Can Repair Itself

And it could someday mean self-healing smartphone screens 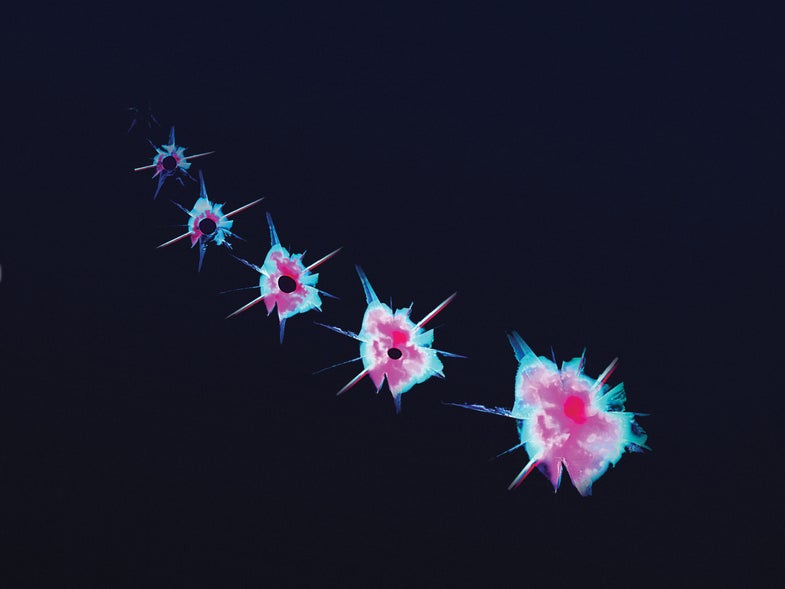 Forty years ago, plastic surpassed steel as the most widely used material in the world. Sure, the affordable and malleable polymers have brought plenty of convenience to modern life (Tupperware! Teflon! Velcro!) as well as taking on more-vital roles, in airplanes, cars, and smartphones. There’s a catch, however: Unlike many of the metals it replaces, plastic is really hard to fix; even invisible fractures can compromise its strength. A new class of smart plastics can heal breaches all on their own, to mend cracked phone screens or stitch up airplane wings.

Nancy Sottos helped pioneer this field in the ’90s. Her team at the University of Illinois at Urbana-Champaign has developed composites that can repair themselves using a range of methods.

One extends the life span of ships, bridges, and windmills by repairing plastic coatings on metal structures. “Scratches compromise traditional coatings,” Sottos says, which can lead to rust. An early self-healing plastic, now sold by spinoff company Autonomic Materials, has microcapsules embedded throughout it. When the plastic cracks, the capsules burst, releasing resin and a catalyst, which react to fill the crack.

For things made entirely of composites, like car bumpers or airplane wings, microcapsules won’t cut it. Once the capsules are spent, no more healing can occur there. One of Sottos’ newest composites is laced with channels that can deliver the self-healing agent to fill cracks again and again. The material was able to heal the same spot 30 times in the lab. But Sottos says it could be 20 years before it’s reliable enough for safety-critical applications (i.e., we’ll have self-healing bumpers long before self-healing airplanes).

Materials in extreme environments require even more ingenuity. Instead of relying on an onboard catalyst, engineer Melik Demirel of Pennsylvania State University created a polymer whose healing reaction is triggered by water, along with heat and pressure. Its proteins mimic those of squid teeth, which heal themselves by reconnecting broken hydrogen bonds.

“Hydrogen bonding is how nature puts everything together,” Demirel says, so the mended material is restored to its original chemical makeup and therefore regains its original strength. So far, his team has fixed dog chew toys and mock Legos. In the future, the method could repair deep-sea fiber-optic cables.

Eventually, self-healing plastics could go to space. Scott Zavada, a polymer scientist at the University of Michigan, devised one that sandwiches an air-reactive liquid between layers of polymer. When the polymer gets punctured, air inside the vessel reacts with the liquid, hardening it in less than a second. It could someday seal holes punched in Mars habitats by flying debris.

Going forward, Sottos has her eye on what she calls “forever material.” Our bodies and other natural systems regenerate themselves again and again yet never really change shape. So she wonders if polymers could one-up nature: “What if you had a material that didn’t age?”

This article was originally published in the March/April 2016 issue of Popular Science, under the title “Plastic With Smarts.”