How China got the first seedling to sprout on the moon

The first lander on the 'dark side' of the moon brought several organisms with it. Only cotton survived. 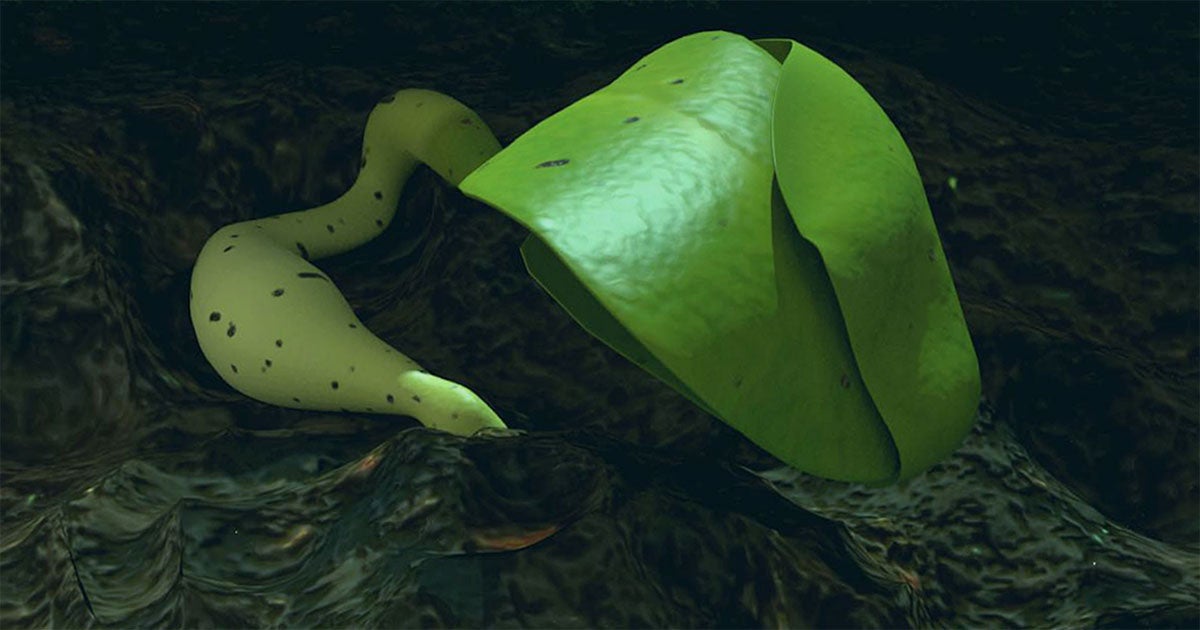 Earlier this year, approximately 238,900 miles away on the mysterious far side of the moon, two delicate green leaves unfurled. Harbored in the biosphere belly of China’s Chang’e 4 lander, this sprouting cotton plant is an agricultural first—no other seedling has germinated on the moon. While the organism froze to death after a mere two weeks, a newly-created 3D reconstruction means scientists can continue pondering the plant’s short life.

On January 3, 2019 the Chang’e 4 lander, the second of three phases in the Chinese Lunar Exploration Program, became the first craft to land on the moon’s backside. Because the moon is tidally locked—it always displays just one face of its sphere to Earth—the far side is a largely unexplored surface. It is also home to one of our solar system’s largest impact basins: The eight-mile-deep South Pole-Aitken Basin has a diameter of 1,553 miles and is of scientific interest due to its vast amounts of water ice, making it the perfect place for Chang’e to touch down and poke around.

In addition to investigating intergalactic radio waves and mapping out rocky terrain, the lander brought five biological organisms to the moon’s surface: cotton, potato, and Arabidopsis seeds, fruit fly eggs, and a strain of yeast. A variety of plants have previously sprouted on the International Space Station, including Arabidopsis, a relative of cabbage and mustard. But on the moon—even within the safe confines of a climate-controlled biosphere—only cotton prevailed.

“It is difficult to know why only the cotton plant germinated. It could be any one of factors, such as temperature extremes, the process of getting them enough water, or relative humidity,” says Gary Stutte, a former NASA scientist with more than 25 years of experience in space agriculture. “A lot more can go wrong than right in space.”

Learning to grow plants in harsh extraterrestrial conditions is essential if we want to further space exploration. On longer journeys—to Mars and beyond—plants will do more than just provide astronauts with fresh food. Their photosynthesis can be used to remove toxic carbon dioxide from the air and replace it with oxygen. They can also purify water through transpiration, a process where liquid taken up through the roots evaporates from the leaves, filling the air with filtered moisture we can capture and use. Crops could even serve to make astronauts happier and less lonely, by nature of adding some more living organisms to the space.

In an attempt to reap these rewards, the Advanced Technology Research Institute at Chongqing University designed a 5.7-pound biosphere container to replicate Earth-like conditions. The pressure within the chamber was kept at one atmosphere—around the same pressure as sea-level—and scientists on Earth controlled the watering regimen remotely. But the plants didn’t exactly have all the comforts of home: They still had to contend with otherworldly obstacles such as high levels of cosmic radiation and low levels of gravity.

Space radiation is the product of atoms’ electrons being stripped away as they accelerate through the cosmos. While the consequences of exposure are still murky, scientists do know that it damages human cells, eliciting health problems such as cancer and cataracts. The cotton plants also experienced microgravity. Because the moon’s gravitational pull is one-sixth that of Earth’s, the seedling was relatively weightless. Scientists placed a plastic, cage-like structure atop the soil to keep the plant stable, but a species that evolved to thrive under our planet’s gravity is bound to grow up strangely without that weight.

The cotton plant succumbed to the alien conditions after one lunar day, equal to about 14 days on Earth. Contrary to its name, the dark side of the moon isn’t actually dark. Rather, it experiences a two-week period of sunlight followed by the same span of darkness. Daytime temperatures on the moon hover around 200 degrees Fahrenheit, but drop to -310 degrees Fahrenheit at nightfall. Without proper insulation, the trailblazing sprout froze to death. However, its short-lived success highlights the essential environmental controls necessary for organisms to thrive in space-like conditions. It also demonstrates the recent international interest in space exploration and settlement.

The Chang’e 6, a Chinese lunar mission scheduled for the early 2020s, is accepting national and international proposals. Due to the cotton plant’s success, a number of space agencies from across the globe are seeking to collaborate with Chongqing University.

“Exploration and colonization of the moon or mars is no longer the unique and sole enterprise of the United States,” says Stutte. “By necessity, space exploration will become an international effort. It is now a species decision, and each of these missions adds a little bit of knowledge to our understanding of what is possible.”