On the Origin of Pigeons, Worms, and Barnacles. 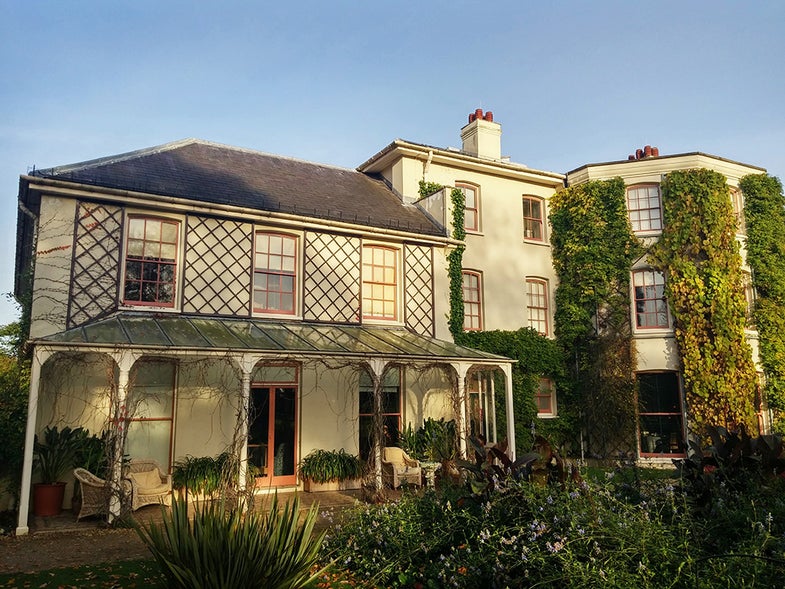 It’s one of the greatest stories in science, right up there with Neil Armstrong’s small step on the moon and Jane Goodall’s overhaul of ideas on non-human relationships. When naturalist Charles Darwin first set foot in the Galápagos, an archipelago of volcanic islands in the eastern Pacific Ocean, he was just moments away from a revelation so significant it would change the way we look at life on Earth forever. His arrival in the Galápagos was a seminal point in a five-year voyage. Once there, finches and giant tortoises were believed to provide the eureka moment from which our understanding of evolution through natural selection would emerge, evolve, and flourish. At least this is the story most of us know. But it’s not quite the full story. For those willing to read his 1859 book On the Origin of Species, you might be surprised to discover that the Galápagos does not form its central premise at all. In fact, those iconic finches barely get a mention. In terms of revelatory moments in the Galápagos, the various tortoises and mockingbirds held more importance for Darwin.

Besides, in many ways, his time there was a touch-paper for ideas which were more thoroughly investigated once home again in Britain and researched more rigorously with less exotic flora and fauna.

Although it’s too late to rebrand his most famous work, it might make sense to rename it “On the Origin of Pigeons, Worms, and Barnacles.” These animals, along with the plants from his own country garden, provided him with much of the book’s content.

Breeding pigeons was something of an obsession in Victorian England, and everyone from coal miners to (apparently) Queen Victoria were in on the craze. Perhaps realizing that in this one animal was contained all the evidence needed to explain his work and provide the public with a recognizable example of (albeit non-natural) selection in progress, Darwin became a pigeon fancier in 1855, even going so far as to set up a breeding loft in his home.

Although much of his work on pigeons would end up in his later book The Variation of Animals and Plants Under Domestication, his observations of colorful Catalonian tumblers and the bizarre inflatable throats of Spanish pouter pigeons all helped provide content and support for On the Origin of Species. Such was Darwin’s fascination with pigeons that when one reader looked through a draft manuscript of On the Origin of Species, he dismissed it as “wild and foolish” and urged the great man to write about pigeons and forget about natural selection.

The garden as laboratory

For most of us, worms are of little consequence and our paths only cross on wet pavements. But for Darwin, they were of such interest that he wrote an entire book on them. Published in 1881, Earthworms was released just six months before his death. Over 40 years, Darwin tested almost every aspect of worm anatomy and behavior, from looking at how quickly worms take leaf litter underground to having his son play the bassoon at them to note their responses. Never a dull moment in the Darwin household, it seems.

Although worms never feature heavily with regards to natural selection, they reinforced Darwin’s belief that given enough time, small animals can change the face of the Earth. Worms make an outsize contribution by breaking down dead plant matter, which recycles vital nutrients to the soil and allows plants to proliferate.

While tropical plants played an important part in Darwin’s voyage on the Beagle, with hundreds of floral specimens collected, his own country garden yielded many of the answers needed to understand natural selection in plants.

By planting primroses, cowslips, and orchids, Darwin managed to turn one small area of southern England into what geneticist Professor Steve Jones refers to as “Bromley’s Galápagos.” Such interest was given to the colored patterns of wildflowers or the hardiness of beans in his vegetable patch at Down House that Darwin is quoted as saying “I scarcely ever like to trust any general remark in zoology, without finding that botanists concur.”

The barnacle’s grip on Darwin

While Charles Darwin harbored a fondness for garden animals and plants, he also had an obsession with barnacles. Intending to describe just one new species from the South American coastline, Darwin instead spent the next seven years detailing not only the anatomy and morphology of barnacles but reclassifying the whole taxonomic group.

His work on barnacles made him not only a credible voice within the British zoological community but arguably the world’s leading expert on barnacles. His work on how new species of barnacle arise was a key subject in On the Origin of Species, as were his findings from fossil and living species from around the world. Looking at this diverse group in detail allowed him to explore the finer details of natural selection.

When we read Darwin’s words in On the Origin of Species, it is easy to imagine he is referring to exotic islands with fanciful animals and plants:

In reality, although his time in the Galápagos inspired him, it was the pigeons in London, the worms in his garden, and the barnacles on the UK’s southern coast that filled the pages and proved the ideas behind his most iconic and important work.

Ben Garrod is a Fellow, Animal and Environmental Biology at Anglia Ruskin University. This article was originally featured on The Conversation.