The “Yoga Mat Chemical” In Bread

Vana Hari is a blogger who writes on food and nutrition issues as the “Food Babe”. She recently launched a... 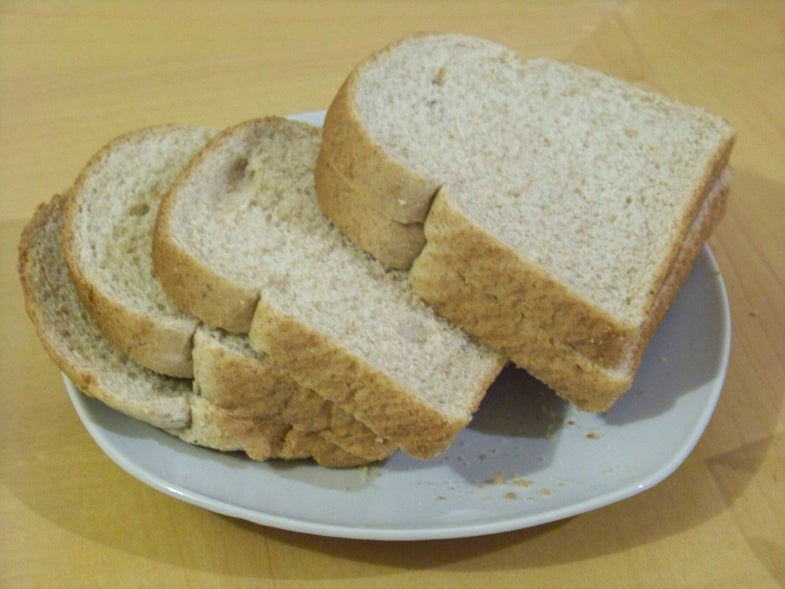 Vana Hari is a blogger who writes on food and nutrition issues as the “Food Babe”. She recently launched a campaign against the use of azodicarbonamide, a dough improver, by Subway: “Azodicarbonamide is the same chemical used to make yoga mats, shoe soles, and other rubbery objects. It’s not supposed to be food or even eaten for that matter”. Within 48 hours of her campaign, Subway announced they were taking steps to remove the additive. Azodicarbonamide certainly sounds nasty but what is the science?

The least important thing about azodicarbonamide, the “yoga mat chemical”, is that it’s found in yoga mats. To see the same chemical, particularly one with a scary name, in two such incongruous places is a sure way for a campaigner to trigger a disgust response but not a great way to decide if it’s safe. In plastic, azodicarbonamide is a blowing agent; in bread it is an oxidizing agent that helps polymerize the wheat proteins into a better gluten network. We need to look at the chemistry to determine if the uses are appropriate.

Azodicarbonamide itself is safe at the levels used in bread (45 ppm). There are a few toxicology reports, but these are mainly associated with respiratory hazards as a bulk chemical. Part of the reason it is so safe is it reacts rapidly with the bread to form biurea, which is even less toxic. However, there are more substantive concerns around some further breakdown products, semicarbide and in particular, urethane (ethyl carbamate). In a controlled baking study the FDA tested showed urethane is higher in bread made with azodicarbonamide (2.4 vs 5.4 ppm).

You have to eat huge amounts of urethane to get any toxic effects, but at lower levels it is a known animal carcinogen and reasonably expected to be a human carcinogen. Alcoholic drinks often contain high levels of urethane; cherry brandy is particularly bad (~2000 ppm) but we (hopefully) don’t drink too much cherry brandy. Other fermented foods contain urethane at lower levels and bread is of special concern as we eat so much of it. Indeed the National Toxicology Program considers bread as one of the major sources of population exposure to urethane. Is this something to should worry about?

A Swiss review of the toxicology data suggested the intake from food is about 10-20 ng/kg body weight/day (using estimates for urethane in bread similar to US analyses) and that amount constituted a negligible lifetime cancer risk (0.0001%). (They did however caution that drinking wine and stone fruit liqueur could drastically increase that risk.) Urethane does form from azodicarbonamide in bread but at levels that, according to this analysis, pose no meaningful risk.