I hardly ever use my Nima allergen sensor. I’m still glad I bought it.

The new device to test for peanut contamination seems like an unnecessary luxury—until you need it. 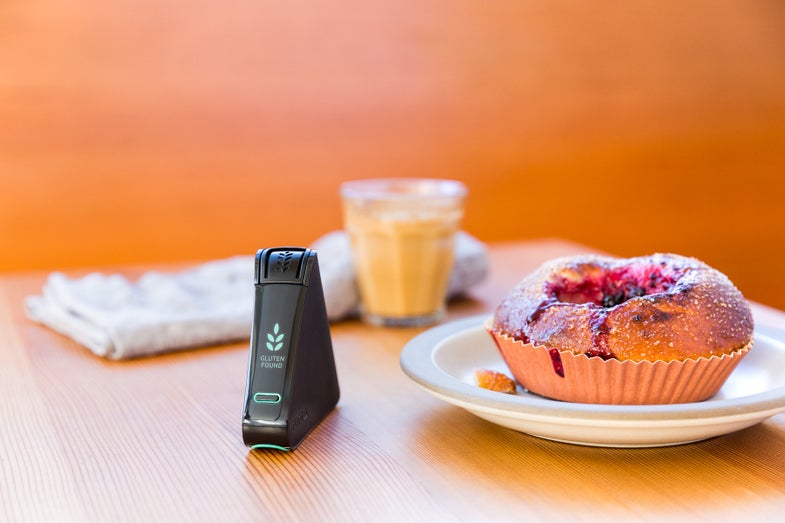 Prior to the night of August 10, 2017, I harbored an unabashed love for lobster mac and cheese. I realize that undercooked pasta and cheddar sauce are no real place for delicate crustacean meat, but I longed for it anyway—because there’s only one restaurant I know of where I can eat it. Or at least I could, before that evening.

It might seem silly, or perhaps pathetic, to mourn the loss of a food love. I realize that. The reason it’s so crushing is that it was completely avoidable. Months earlier, I had tested a spiffy little device called Nima that would have saved me from a deeply unpleasant evening and preserved my lobster mac obsession, and that same company is now releasing a version that could help the roughly three million people with peanut allergies in the U.S.

Nima announced their new sensor this morning at the Consumer Electronics Show, an annual tech and gadget convention that the internet will be abuzz about for the entire week. Plenty of the devices released at CES are frivolous toys (or sexist beauty products), but in light of my personal experience I’d like to take a moment to extricate Nima from the rest of that garbage. This sensor has the chance to actually change people’s lives. Had I bought one in time, it would have already changed mine.

I don’t have a peanut allergy, but I do have celiac disease, which is an autoimmune disorder that turns my intestines into a guarded fortress, designed to combat the protein complex known as gluten. My body puts me through a series of thoroughly revolting GI symptoms and follows it up with damage to my intestinal lining that takes weeks or months to heal. Eating fries cooked in the same oil as a battered onion ring gives me a stomach ache. Eating a crouton would make me puke.

This makes eating out—previously one of the great joys in my life—an exercise in careful interrogation and constant anxiety. It also means that I often watch my friends and family chow down on foods that I adore, but am unable to eat. Pasta is one them. Most restaurants that serve it don’t offer a gluten-free version, so when I find a spot that allows me to indulge my pasta craving I will loyally return again and again.

Which is why every year I journey to the same lakeside restaurant in northern New Hampshire where my family vacations, and I eat the same lobster mac and cheese (which is sub-par if I’m being honest with myself, and delicious if I’m not).

But last August, something seemed off. The menu had explicitly stated that the gluten-free pasta was penne-shaped, but this dish contained large, hollow spirals. I flagged the waitress.

“I’m so sorry, but I think this might be regular lobster mac and cheese?” I said, with the apologetic tone I always use to convey that I, too, find my dietary issues irritating.

I paused, unsure how pushy I could be without pissing her off. “Really? Because I thought I remembered the menu saying the GF pasta was penne, not spirals.”

“That’s just because we haven’t updated the menu,” her colleague chimed in.

“So … you’re really sure this is gluten free, then?”

The two waiters exchanged exasperated glances, as though the effort to not roll their eyes was almost unbearable. “Yes, I’m really sure.”

They left. I stared at my pasta.

This felt wrong. I was sure the pasta had always been penne shaped, but maybe I was misremembering. Or maybe they really had changed the menu. Maybe I was being paranoid. Two waiters were swearing to me that this pasta was safe. I’ve never been glutened somewhere that catered to people with celiac, and definitely never after questioning the waiter. And, well, I’ll be honest—I really wanted it. I wait all year for this meal.

It was at this moment, as I made prolonged eye contact with chunks of lobster meat, that I thought I understood the value of owning an allergen sensor. But I didn’t truly understand until 11:30 p.m. that night, when I vomited so hard I felt bits of undigested noodle burst up through my nose.

It had been months since I got to test out the Nima gluten sensor and I still wasn’t sure I really wanted one. It was a marvelous little gadget, and I could see how it would come in handy at restaurants where I couldn’t trust waitstaff to know the intricacies of a gluten-free diet. But I told myself that it wouldn’t be worth it. The imagined security I would have didn’t seem to outweigh what I perceived to be genuine problems with the device.

For starters, anyone who regularly pesters waiters about their food allergies generally wants to minimize their own presence. I hate having to ask whether fries are cooked in a contaminated fryer, then having to refuse them and insist that a side salad is an acceptable alternative to crispy potatoes. I hate forcing staff to ask the chef questions. I hate sending cheese plates back because the bread was touching my brie. I hate every moment that I am a bother to someone contractually obligated to be nice to me, even as I make their job harder. To whip out a device and test the food I’d already questioned them about was a thought so unbearable that I convinced myself I’d never do it.

It doesn’t help that the sensor in question is surprisingly loud. It whirs and clicks as it processes the requisite pea-sized lump of food (which I never managed to fit into the capsule without making a mess). There are tiny prongs inside the chamber designed to hold the food in place, but to me they just seemed to get in the way. And it never held enough, anyway.

To test a burger, I had to choose whether I thought the bun or meat was more likely to be contaminated, since chunks of both would be too large to fit. I could test each separately, but the capsules cost $6 a pop. Any dish with more than a couple components seemed impossible to test fully.

You also have to wait several agonizing minutes for the test to finish. The base must sit undisturbed on your table the whole time, like a triangular beacon informing everyone nearby that you are special. It’s attention-grabbing in a way I think most people with allergies strive their hardest not to be.

And then, perhaps worst of all, what happens if it finds gluten? Do I send the food back? I’d have to explain to my waiter—who I imagine is already annoyed—that I have this little device that has informed me their food which claims to be gluten-free is in fact, not. That I can’t eat this dish now. That I’m so truly sorry. If the source of gluten is cross-contamination, I have no idea how they’d even go about preparing an option that I could safely eat, nor any idea if I’d feel comfortable eating there at all. I probably wouldn’t, or at least wouldn’t want to trouble anyone for another plate, which would leave me to smell other people’s food and salivate in silence.

In some ways, I might be better off not knowing. At least until I started vomiting.

Plus, it’s limited. Nima can’t find the gluten in soy sauce or in any kind of alcoholic beverage, because the fermenting process renders gluten somehow undetectable by sensor (yet 100-percent detectable by my gut).

But despite all these reservations (restaurant pun intended), I coughed up the cash in August. I had brought home leftovers from that New Hampshire restaurant, which I obsessively froze in a small ziploc bag to test when my sensor arrived. By September I had the answer: my beloved lobster mac had poisoned my gut—and the idea of ever eating there again.

I’ve used my Nima only sparingly in the intervening months, and it still has those same issues that once gave me pause. It is loud. It draws attention. It is hard to cram food in the capsules, and they don’t hold very much to begin with.

But I’m still glad I bought it.

For me, the value isn’t in the ability to regularly test my food, but to have a back-up in those instances where I want or need to eat what’s in front of me, and yet have a terrible feeling that I’m about to regret it.

I suspect that would also be the value for people with peanut allergies. It is, as far as I can tell, the first and only portable peanut detector out there. It’s not cheap—$289 just for the base—so I can understand why people might be hesitant to buy in (or simply unable to do so). It’s a big up-front cost for a device that you can’t test out yourself. You probably won’t know anyone else who will buy one, so you won’t even be able to wait it out and see if your friends like it. And yeah, it will probably be awkward when you inevitably you find an allergen in your food at a restaurant where the food was supposed to be fine.

Which is why I am here to tell you that you will not regret having a back-up. This isn’t like most tech purchases, where the amount you use the device has a direct correlation to how valuable you’ll find it. You may only use a sensor like Nima once a month or even once a year, but the mental security in knowing that you are able to test your food is unparalleled. I imagine this would only be more true if you have an anaphylactic response to allergens, rather than a digestive one.

If it’s something you can afford, the time to buy a Nima is now. You’ll won’t feel the urgency to get it until you’re already sitting at a restaurant desperately wishing you’d ordered one. I know I wish I had saved myself a lot of anguish—and a lot of lobster mac and cheese.