The most uplifting science stories of 2017

A few bright points throughout the year. 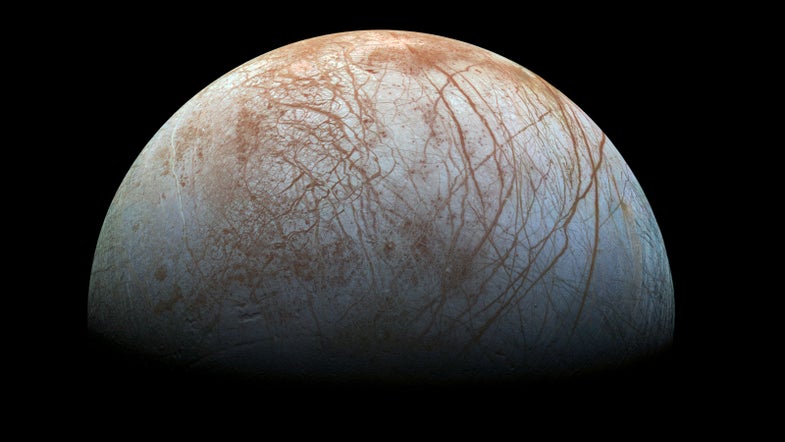 As you reflect on the transition from one year to the next, consider some of the science and tech stories that have made 2017 a great year. Here are the ones that made us smile:

Gravitational waves got even cooler

Yes, using gravitational waves—tiny ripples in the fabric of spacetime—to detect black hole collisions was cool. But in 2017, the hunt for gravitational waves leveled up in a major way. In September, scientists announced the first-ever detection that combined the powers of LIGO with a new Italian observatory called Virgo. You can read more about why three detectors are so much better than two here.

And it just kept getting better. In October, researchers published evidence of colliding neutron stars, also detected using gravitational waves. The goings-on of these intensely dense celestial bodies could help us understand the origins of our own solar system. Scientists estimate that a single neutron star collision could produce 100 Earth masses worth of gold, a few hundred worth of platinum, and tens of uranium.

The rocket so nice they flew it twice

This year SpaceX finally proved that its rockets are reusable. The private spaceflight company estimates that by reusing its liftoff boosters rather than tossing them away in the sea, it can slash launch costs by about 30 percent, providing cheap(er) access to the final frontier.

Farmers fighting to save the world

In September, we introduced you to the Nebraska farmers who’ve found themselves in an unexpected position—environmental activists fighting against fossil fuel companies. Read more here.

The entire planet could run on renewable energy

We’re running out of time to fight the worst effects of human-caused climate change, and that’s nothing to be thankful for. But a study out in August did give us a little hope. According to that analysis, the planet is perfectly capable of switching to 100 percent renewable energy by 2050. There’s nothing to it but to do it. In the meantime, here’s some information on how individuals can start fighting back against climate change.

If everything else on Earth died, tardigrades would probably survive

Blessed are the moss piglets for they shall inherit the Earth. You might not be thankful for this news, but I, for one, welcome our future water bear overlords. They’ll probably leave our planet better than they found it.

A robot that hugs your heart to keep it pumping

In January, researchers unveiled an adorable, squishy robot designed to keep a sick heart pumping while waiting for a transplant—or perhaps even indefinitely. There’s still a lot more work to be done, including long-term studies in animals (and then humans). But if the experiments continue to be successful, the robot may one day provide an alternative to the current treatment for severe heart failure.

A lifesaving use of gene therapy

If you regularly read science news, you might think that scientists are obsessed with stem cells. Many of them are, and for good reason: They have an incredible ability to develop into almost any type of cell found in the body. Now that technologies exist to more reliably tweak the human genome, the idea of growing healthy tissues and organs as-needed is sounding less and less like science fiction. In a paper out this month, researchers report replacing almost all of a seven-year-old boy’s outer skin layer to treat his life-threatening skin condition, a genetic disease called epidermolysis bullosa.

A true breakthrough in cancer treatment

After the successful treatment of two twins with leukemia using genetically modified immune cells, the FDA stamped its approval on CAR T-cell immunotherapy, a totally new way of fighting cancer. Now named Kymriah by the pharmaceutical company Novartis, the treatment is approved for children and young adults with a recurrent form of acute lymphoblastic leukemia, a blood cancer. Traditional therapies like chemotherapy and radiation only target the cancer cells and tumors themselves. You need different types of drugs depending on the type of cancer, and once you stop giving a person the treatment, it quickly leaves the body or stops working. This treatment, and all immunotherapies to a certain extent, target the person’s immune system and harness it to fight the cancer. In theory, it works just like a vaccine: once the immune system is coaxed into fighting the unhealthy cells, it should keep fighting them for a lifetime.

The hunt for life marches on

There were several promising studies on the habitability of other planets this year, but we’ll just focus on a few of our favorites.

A February study reported organic compounds on Ceres, a dwarf planet in the asteroid belt between Mars and Jupiter. It’s unlikely that any life exists on this tiny body, but the molecular building blocks suggest it might once have been a prime spot for organisms to evolve. If organics and water ice do litter the asteroid belt, it could explain how Earth got its water and the building blocks of life. Planetary scientists think that during the early days of the solar system, Earth was too hot for those things to develop, and may instead have received the molecules from incoming asteroids and comets.

In April, researchers announced that Enceladus—one of Saturn’s moons—seems to have just about every ingredient you need to make and support life. The moon has an ocean beneath its surface, and all signs point to deep-sea hydrothermal vents, the likes of which produce heat and key chemical reactions to support some marine life on Earth.

Things may really heat up in the hunt for life on icy moons. This year, NASA released a report outlining its plan to land on Jupiter’s moon Europa as soon as 2031. An orbiter will visit sooner, but a lander could theoretically drill down into the ocean to search for life directly. That’s pretty big news: NASA usually talks about investigating habitability—whether or not a planet or moon or comet or asteroid could support life. With Europa, the agency is willing to state their mission plan as looking for direct evidence of life itself.

This isn’t a happy story, but it’s the science story we’re most grateful for of all. In September, after 13 years in orbit around Saturn and its moons, the Cassini spacecraft bid us adieu and plunged to a fiery demise. It is impossible to even know the breadth of scientific knowledge this single space robot imparted to us, as scientists will continue poring over the mission’s data for years to come. But we already know for certain that the spacecraft has radically altered our understanding of Saturn, the solar system, and the hunt for life on icy moons. RIP, buddy.