We can all only go so far. 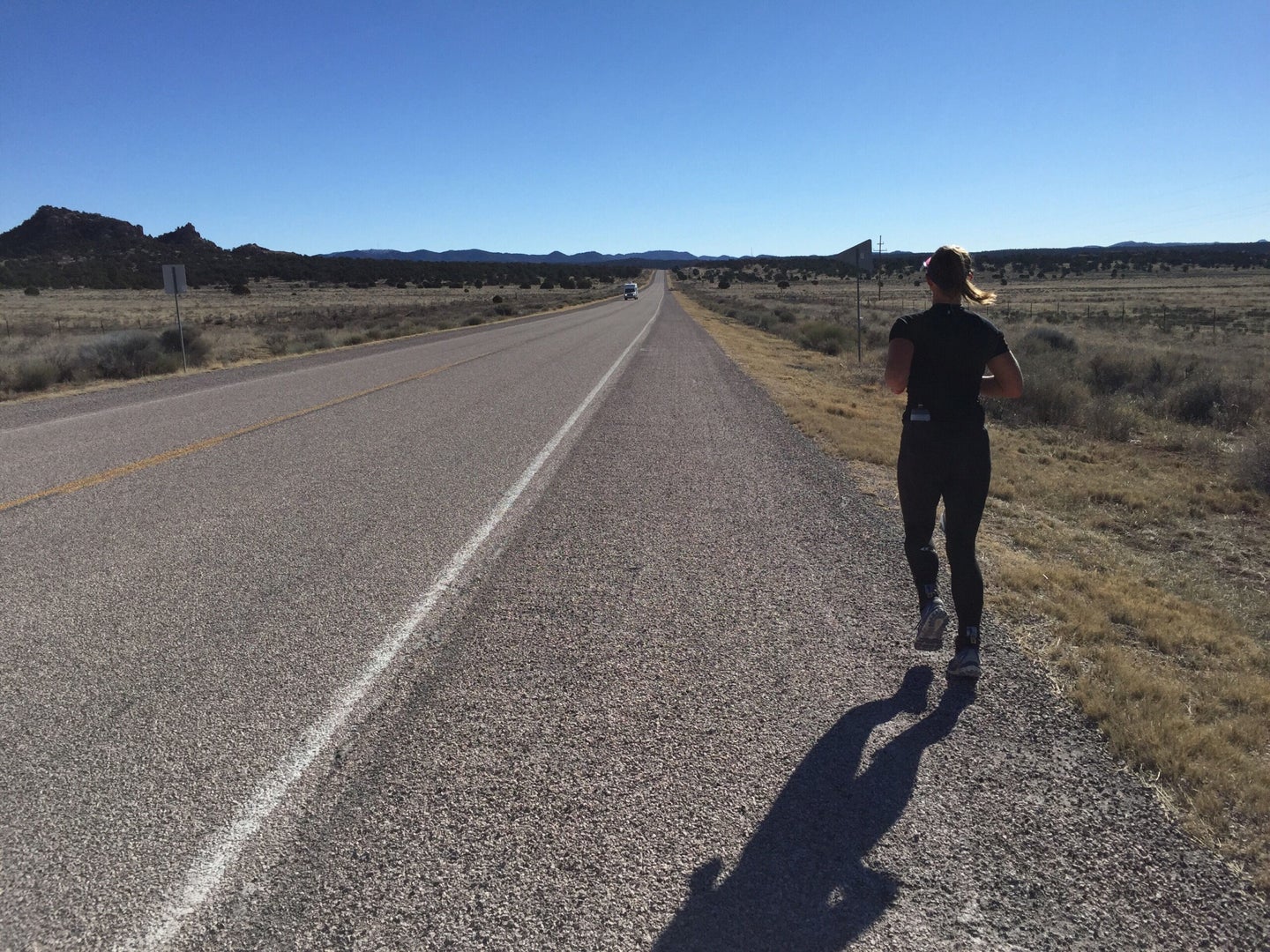 Sure, the human body can do amazing things: run hundreds of miles, scale mountains, even grow a new human. But there might be a limit for how long one can go—even for a world-class endurance athlete. A new study suggests that the length of time even highly-trained humans can sustain themselves might be a simple mathematical equation involving the length of the endurance event, and how many calories it’s physically possible to consume.

A group of researchers studied people who ran across the United States over a five-month period and used those results alongside conclusions from other studies on humans engaged in a variety of endurance activities, from races like the Tour de France to pregnancy. By comparing all the data, they found that the maximum amount of energy a human can expend indefinitely is roughly equal to 2.5 times the number of calories they burn at their basal metabolic rate (BMR), or the amount of energy they use while at rest. For the average human included in this new study, that equated to about 4000 calories of energy. The bodies of athletes adjusted over time to function on this amount of calories: In runners engaged in a five-month race across the United States, for instance, the researchers found their metabolisms actually slowed in order to keep within this limit.

The study is an attempt to map a limit for human endurance, says study author Herman Pontzer, an evolutionary anthropologist at Duke University. “We also found that the limits of how long and how hard you can push your body forever, without ever backing down, are a lot lower than we used to think.”

Until recently, he says, physiologists thought that the limits of exertion weren’t so limited—in other words, that an athlete who was trained to compete in a 25-hour ultramarathon could use up the amount of energy they expend on that activity (about 8.5 times BMR) every single day. This new research shows that a 2.5 times BMR rate of expenditure is the most that a human body can maintain indefinitely. Do more than that every day, and the body starts to consume itself for energy, despite taking in the maximum amount of calories the body can process.

Once humans reach that point, that doesn’t mean they can’t keep exerting themselves, but it means they start to dip into their own energy stores, typically in the form of fat. And that can only go on for so long.

“If you are burning more calories than you can put back every day that’s obviously not sustainable forever,” says Pontzer, “because you’ll disappear. But if you’re at least at that breakeven point, then at least theoretically, you could do it forever. You might not want to, and you probably wouldn’t, but you could.”

For the study, researchers plotted data on daily calories burned from runners taking part in the 2015 Race Across the USA, which lasted 120 days, and a variety of other endurance activities that lasted between half a day and 95 days. They also charted pregnancy, because, “If you think about it, it’s like the ultimate endurance activity,” says Pontzer.

Although the amount of energy expended by athletes started out higher than 2.5 times their BMR, the researchers found that it inevitably went down to that level over time. Pregnant and breastfeeding people topped out at 2.2 times their BMR, but the researchers note the weight gain associated with growing a fetus might skew the numbers. The fact that pregnancy is up there with events most people train for years to do “shows just how extreme of an event pregnancy is,” says Pontzer.

Daniel Lieberman, a Harvard evolutionary biologist who is familiar with the study, says the big factor here is how much it’s possible for someone to eat. The study “tells us more about the limits of human digestion than the limits of endurance,” he says.

Just as it’s possible to expend more energy than 2.5 times BMR for a while, it’s possible to eat more food than 4000 calories per day—for a little bit. Ironman triathletes, for instance, frequently consume between 7000 and 8000 calories to compete in their half day event—many of them during the race. “We know that what people do is they… train their bodies to actually take in energy while they’re using their muscles,” says Lieberman. This isn’t something the body automatically does, as any jogger who’s ever thrown up in the bushes can attest (this writer among them.)

Human beings just aren’t evolved to do extreme endurance racing, he says. Yes, we have evolved to be pretty darn good at endurance running. In fact, it’s even theorized that proficient distance running allowed us to hunt down our prey. But extremely prolonged or indefinite exertion was never part of the game. “This is a very bizarre modern thing.”