That beer after your workout probably isn’t helping you 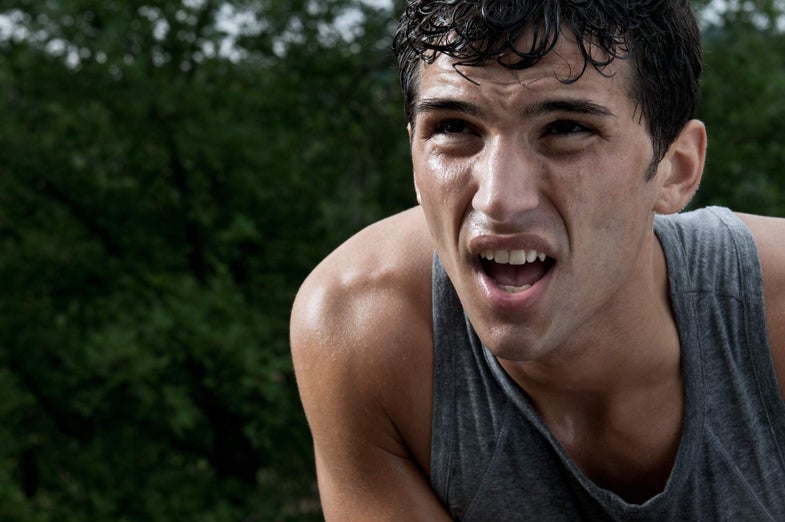 To a lot of folks, a cold drink with your buds after a tough workout sounds like the epitome of relaxation. You’ve worked hard. You earned that drink.

Unfortunately, the frosty bottle in your hand isn’t helping you—and it might even be hurting you. This probably shouldn’t come as a huge shock. Alcohol is a drug. Long-term use damages your liver, immune system, intestines, and brain, plus it increases your risk of multiple types of cancer. Short-term use dehydrates your body, depletes it of important electrolytes and minerals, and impairs your sleep, which in turn prevents proper memory formation.

There’s nothing wrong with consuming something that you know is toxic, especially if you do so in small quantities. And there are even indications that small quantities of alcohol might in some ways be beneficial to your health, even as those same sips of booze are detrimental to other parts of your system. Some runners apparently swear by having a few beers the night before their race. Others just think it can’t hurt. But sadly, those post-workout drinks might be hurting your gains.

Alcohol interferes with your post-exercise recovery

Strenuous exercise temporarily damages your skeletal muscles—that’s how we build more. You strain yourself, your muscles incur a bit of damage, and your body takes that as a sign that it needs to build more. After all, whatever muscle you already have clearly wasn’t up to the task.

That means post-workout recovery is crucial to improving your performance over time. Alcohol interferes with that process in a number of ways. For one, it dehydrates you, and you’ve just expended a lot of sweat. You should be stocking up on fluids and electrolytes, not depleting yourself of them. Alcohol also decreases your muscles’ ability to use glucose and amino acids, both of which are essential to building new muscle fibers and blood vessels. Without a supply of energy and protein building-blocks, your body can’t make itself stronger.

Alcohol also has a tendency to interrupt hormonal pathways, especially in the long term, which may make testosterone less available to your muscles. Testosterone helps your muscles rebuild and develop—generally as an athlete you want more of it, not less.

But it also varies a lot from person to person

Most exercise-based studies suffer from the same problem: small subject groups. Many of the studies on how much alcohol affects athletic performance have a dozen or so participants, which is not nearly enough to draw solid conclusions on their own. Multiple studies have shown an impact on peak muscle performance—enough for meta-analyses to conclude that there is a real effect—but others have found no impact.

Mixed results like that probably mean that some people don’t see a huge effect from drinking, especially in moderate amounts. In 2012, science journalist Christie Aschwanden convinced a researcher at the Monfort Family Human Performance Research Lab in Colorado to do a study of how drinking beer affected runners’ capabilities. They found (again, with a small sample size) that women seemed to fare better the day after getting tipsy, whereas the men did worse. Together, they cancelled out each other’s effects. The researcher told her that he wasn’t surprised. He’d given up drinking to prepare for the Boston Marathon years ago and saw zero improvement in his overall performance, yet somehow improved once he started drinking beer again. “I believe drinking is pretty independent of how well you’re trained and how well you’re eating,” he told Aschwanden. If you’re eating junk food and drinking loads of alcohol and not taking your training seriously, you won’t do well. If you’re consuming healthy food and are committed to a training program, you’re likely to see improvement whether or not you have a glass of wine (or two) with dinner.

On the other hand, if you notice that you’re consistently underperforming on your workouts and are drinking regularly, consider cutting back and seeing whether it makes a difference. You may react to alcohol differently than do your friends who can have two beers and then run a half marathon.

Reminder: It’s just not good for you

There’s a reason doctors and health organizations recommend not drinking much: despite the potential heart benefits of light drinking, the long-term downsides mostly outweigh the good. And in any case, you’ll be hard pressed to find a medical professional who recommends more than a few drinks a week as part of a healthy lifestyle. The Centers for Disease Control recommends no more than one drink per day for women and two for men. The Mayo Clinic says the same. One recent, large-scale study published in The Lancet found consistent results: the risk of overall mortality rises with more alcohol consumption than that.

It’s extra important to keep those guidelines in mind if you’re someone who works out regularly—one study by researchers at Northwestern University found that people generally drank more on days they’d exercised. The study authors suggested this might be because subjects were treating drinking as a reward. Rewards are generally a good thing if you’re trying to form a new exercise routine—it keeps you motivated and reinforces the habit. But if your reward is detrimental to your new habit, it’s kind of a moot point. Besides, you want a reward you’ll eventually outgrow the need for. If you get into a rhythm where you drink every time you work out, you’re not ending up much better than when you started.

All this being said, alcohol in moderation is fine (almost everything in moderation is fine, really). If you want to grab a drink with friends after work, go for it. Even if you worked out that morning, one day won’t wreck your whole routine. Just don’t make it a habit. And definitely don’t tell yourself it’s a crucial part of your exercise routine.