Turning to Germs in a Post-Antibiotic Era

Back in 1928, Alexander Fleming, a researcher at St. Mary’s Medical School in London discovered what would become a believed... 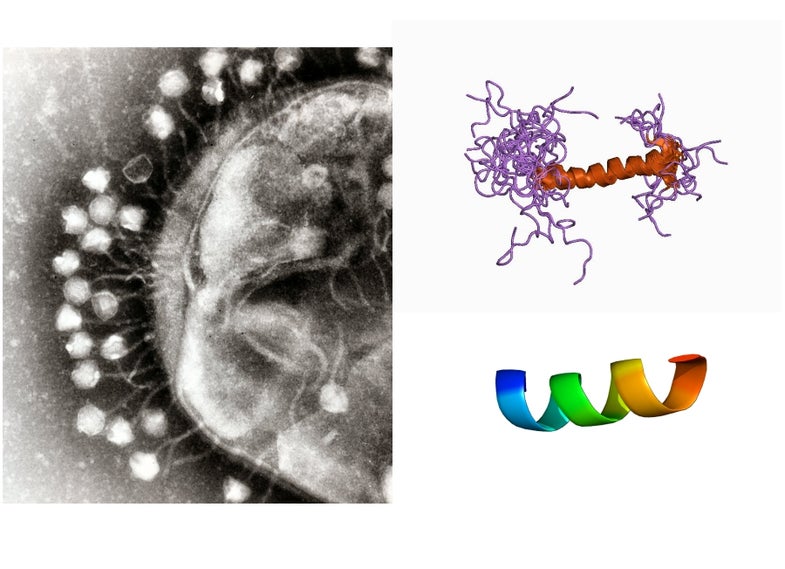 Back in 1928, Alexander Fleming, a researcher at St. Mary’s Medical School in London discovered what would become a believed savior against the wrath of infectious diseases: antibiotics. Over the coming decades, the discovery turned into a medical marvel and eventually into an industry. Unfortunately, almost as soon as antibiotics became available commercially during World War II there were concerns that resistance might emerge. Sadly, while the calls in the literature were clear, there was little action in the community to take heed.

Antibiotic resistance has played a significant role in worsening our relationship with germs and the story has been discussed at length both in the literature and in books, including Superbug and _The Germ Code. _This problem has led to a nearly two-decades old question that until recently has been unanswered.

“Are we facing the post-antibiotic era?”

This past week, on the PBS program, Frontline, one of the world’s leading experts on antibiotic resistance, Dr. Arjun Srinivasan, associate director at the Centers for Disease Control and Prevention, gave an answer once and for all. We are no longer facing it, we are here.

Although the call has just been made officially, researchers have been focusing on the future for some time. The work has been tireless – and for the most part silent – though a number of new directions have been identified. The majority of them hark back to the original work of Fleming who found that the best antimicrobials come not from human efforts, but microbial ones.

In the unseen environment, there is a continual battle between microbes, which fight each other for food and living space. Specifically, there are three weapons that have been identified and could be harnessed for public health purposes. Each has its own means for killing and unlike antibiotics do not have a general tendency to enable resistance. But what makes them so useful is the fact that they are natural solutions that can be easily mass produced and provide both prevention and therapeutic options for the future.

The first and oldest of the options are the bacteriophages. Phages are viruses of bacteria and have been known for nearly a century. Back in the 1920s, they were considered to have medical value in both prevention and control of infections although with the advent of antibiotics, they lost much of their luster. But over the years, their value has continually been hailed by microbiologists as being a potential supplement to current antimicrobial strategies. Unfortunately, research also showed that certain phages have the ability to help transfer antibiotic resistance, making their use a potential double edged sword.

Today, in light of the post-antibiotic era, there has been resurgence in the interest of using phages to combat drug-resistance bacteria. But unlike previous aspirations, today’s research into phages focuses on finding and genetically developing strains that have a specific purpose without the potential for problems. Even more interesting, phages are being examined for a number of uses including food safety, water treatment and even environmental hygiene.

The second option is made up of the bacteriocins, which are small proteins produced by a number of different bacteria and act as a defense against other bacterial threats. Their mechanism of action is relatively simple in that they penetrate the outside wall or membrane of enemy bacteria. The holes then cause leakage in the target leading to death similar to exsanguination. The process is rather harsh yet for those seeking to eliminate the presence of any microbial pathogen, it is rather effective.

Bacteriocins have been known for decades as the reason lactic acid bacteria are able to safely ferment both dairy and meat products. They were originally examined as potential precursor compounds for novel antibiotics but their function ‘as is’ was so impressive that they eventually were tested in their natural state. Not surprisingly, they rarely disappointed as they showed significant broad spectrum activity against a number of bacteria including Listeria, Escherichia coli O157:H7, and even Clostridium difficile.

Current research into the efficacy of bacteriocins has focused on determining their ability to tackle antibiotic-resistant bacteria in medical and food safety applications. They are also being investigated for their potential as probiotic supplements to help ward off infections before they can begin. While there are currently hurdles facing the [commercialization](http://ageconsearch.umn.edu/bitstream/90779/2/CP%2001%2005%20Nisin%20Report.pdf/ there) of many bacteriocins, there is at least one – nisin – which is currently being used as a preservative. There is little doubt, however, that many others will soon follow and hopefully take over from where antibiotics will leave off.

Much like the bacteriocins, the third option, antimicrobial peptides (AMPs) are small proteins produced as a defense against infection. However, AMPs far outnumber the bacteriocins as they are produced by both bacteria as well as higher-order species, including plants, insects and humans. There are currently over 2,300 AMPs known and each has been studied to some extent for their ability to kill not only bacterial, but also fungal and viral infections.

There are two specific characteristics to AMPs that make them so promising. The first is the inability of bacteria to develop resistance to them. While some bacteria can be trained to resist AMPs, the actual requirements for the acquisition of this trait, suggest that it would be nearly impossible in nature. The second is the fact that they can work with the human body to improve health. In stark contrast to antibiotics, which are known to have negative effects on the human body and may even promote future infections, AMPs appear to help maintain a healthy gut and skin. This suggests that not only can AMPs improve our ability to fight infections, they may be able to help us prevent them as well.

Back in the 1990s, when the concept of a post-antibiotic era was first mentioned, the overall attitude in the medical and scientific communities was one of trepidation and to some extent, fear. However, with the promise of effective alternatives such as phages, bacteriocins and AMPs, the future certainly looks much brighter. With the help of these good germs, we can improve our efforts to control pathogens and look forward with confidence that we will be able to ensure our medical, food and environmental safety.