Preventing Superbugs By Deactivating Antibiotics With A Flash Of Light

The popularity of antibiotics has led to mutations in bacteria that make the little buggers stronger than ever. But what if we could shut down antibiotics as soon as they're no longer needed? 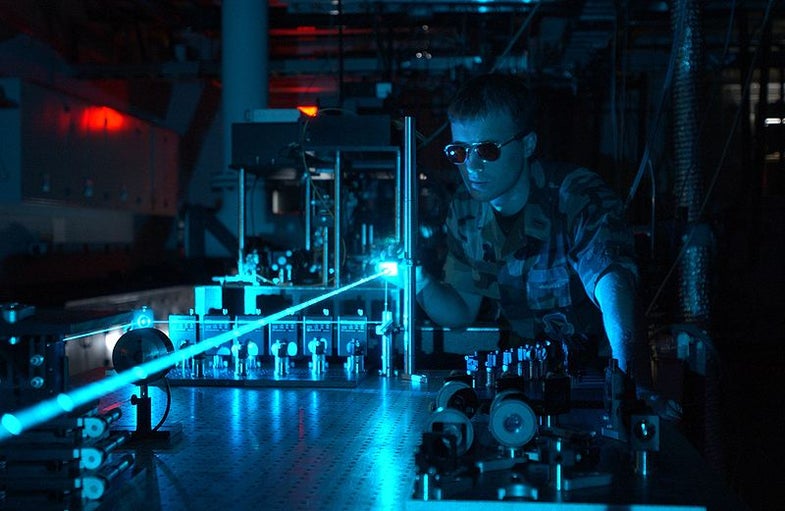 Bacterial resistance is becoming one of the most serious problems in the medical world, and it’s largely a problem of our own making. We’ve become so good at making and distributing antibiotics to kill bacteria that, as the antibiotics build up in the environment, the bacteria are becoming immune. They are turning into superbugs, resistant to all our best efforts, necessitating ever more powerful antibiotics, which just feeds the cycle. But researchers in the Netherlands are attempting to break that cycle.

Scientists at the University of Groningen have developed a possible solution that involves automatic deactivation of antibiotics. This is a very complicated strategy, so here’s the quick version (you can read the long version in the full paper). Some types of antibiotics rely on shape to do their duties; they have to stick to certain enzymes in the human body to inhibit various bodily functions that allow the bacteria to live. The particular antibiotics used by the Dutch scientists are called quinolones, which are shaped sort of like a letter C, to attach to the enzyme they’re targeting. But if the shape is changed, the antibiotic is useless; it can’t bind to the enzyme it’s aiming for, which means it’s no good to us but also does not contribute to the buildup of effective antibiotics in the environment.

So the scientists attached an azobenzene, a very simple chemical compound that responds strongly to light, to the quinolones. They found that if blasted with light or heat, that C shape turns into a Z shape–no good for fighting bacteria, and not likely to create superbugs.

As soon as they’ve done their job, blast ’em with light and off they go as useless waste. Even better, since antibiotics sometimes cause damage on their way to infected areas, you can turn these modified antibiotics on at will, so they don’t attack healthy bacteria in the body.

Right now the quinolones respond to light and heat, which is sort of tricky since it’s hard to blast antibiotics that are inside the human body with light or heat. The researchers are working on versions that respond to ultraviolet or even infrared light, the latter of which can be blasted straight through the human body with no ill effects.