The Secret To Better Teeth Found In Beer Breweries

On St. Patrick’s Day, millions of people worldwide will raise their beer glasses and offer a cheer to the patron... 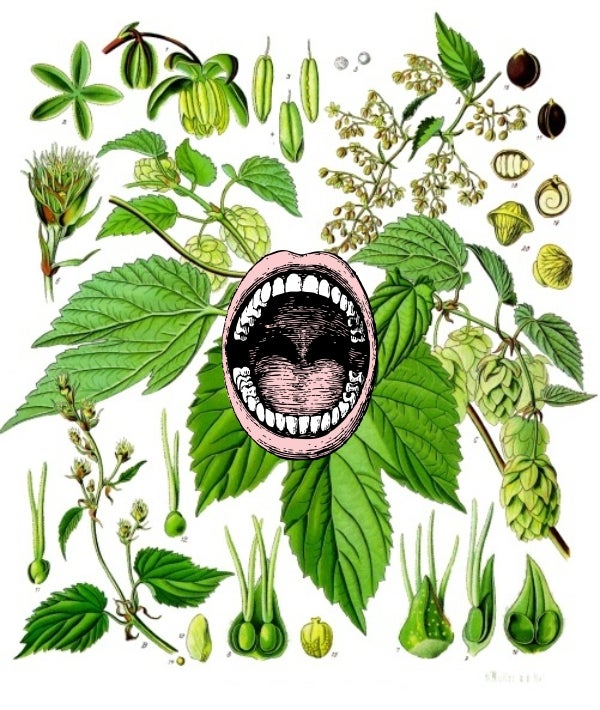 On St. Patrick’s Day, millions of people worldwide will raise their beer glasses and offer a cheer to the patron saint of Ireland in hopes of better fortunes in the future. While the majority of toasts will involve personal happiness, friendship and wealth, there is another blessing that could come from buying the sudsy symbol: better teeth and overall health.

Though there may be a bounty of beer recipes worldwide, they all have a very common ingredient list comprised of water, malt, yeast and hops. The latter, biologically known as the flowers of the Humulus genus of plants, which also includes cannabis, has been traditionally known for giving the beer a unique taste. However, hops have served a second purpose, determined back in the 18th Century when England began to export to the colonies.

Because of the length of time needed to travel, beer had the propensity to spoil to a variety of bacteria. Yet, those that had a higher proportion of hops in the recipe appeared to survive without any significant product loss. This led to the requirement of hops not to offer a fulfilling flavor, but to stay fresh. Eventually, hops became a critical component in any beer recipe; a tradition that continues until today.

Although the beer bacterial burden was solved, microbiologists, curious individuals that they are, wanted to know why that was the case. The answer wasn’t known until 1937 when the antiseptic properties of hops were finally seen. When exposed to a hop extract, bacteria simply couldn’t survive. The finding not only gave more reason to drink hoppy beer, but also opened the door to a natural means of infection prevention.

Over the next 80 years, researchers identified specific chemicals in hop extracts and tested them to determine if there were any useful antimicrobials. Back in 1949 one of the components of the extract, lupulone, was tested as an antibiotic; it failed. Over a half-century later, however, the same extract proved to be an effective killer of tuberculosis. Another component, xanthohumol, was tested to determine its ability to kill viruses; this time it was quite effective. The same compound was also shown to have an anti-malarial activity.

But perhaps the most positive results have come from the world of odontology. For centuries, dentists have been trying to find natural means to prevent gum disease, which is an inflammatory process sparked by bacteria. When the antimicrobial activity of hops were found, dentists decided that it was at least worth a try. What they have found reveals that not only are they good for the mouth, they can potentially help to prevent problems in the future.

Through a series of experimental papers published over the last five years, we can understand exactly how hops help. In 2008, a team from Osaka University unveiled a group of chemicals known as polyphenols, which are known to help prevent oral cancer. Based on their experiments, these compounds stopped inflammation and kept gums pink instead of red. In the same year, a team from Nippon Dental University revealed the molecules also halted the development of dental plaque. By 2013, xanthohumol also proved to keep teeth happy and healthy by ensuring that bacteria could not stick to the teeth and gums.

Considering the benefit of the hop flower, there was every reason to believe there was more to the Humulus story. The focus was on the leaves of the hop flower, known as bracts. In the brewing process, bracts tend to be discarded as they do not impart much to the quality of the beer. But in 2007, a team from Tokyo Medical and Dental University demonstrated that bract extract could not only prevent but also remove plaque from teeth. Considering the extracts were safe, there was every indication to believe that incorporating bracts into beer might be an option for better teeth.

This week, a Japanese team of investigators gave some of the most compelling evidence to prove this theory. Although their work was chemical, not medicinal or dental in nature, their results have all but confirmed that bracts are all that and more. Moreover, they have shown the beer brewery may be the best place to find the future of healthy teeth.

Looking closer at the paper, the tack was routine for any physical chemistry experiment. Bract extracts were taken back to the lab and racked for assessment of their beneficial knack. The results left the researchers jacked as there was no lack of known orally-beneficial compounds, stacking up to twenty in all. The pack also included others yet to crack the market but showed health potential based on evidence not quacks.

Thanks to this study, there is little doubt of the potential benefit of bracts. This may lead to a new range of natural oral products providing not only a greener alternative to modern day toothpaste, but also a more effective means to prevent gum disease.There is another perhaps less obvious benefit. Focusing on the leaves will also ensure no competition between beer and dental industries. While the flowers will still go to the breweries to keep our glasses full, the leaves will head to health manufacturers who will help to keep our teeth healthy. All said, that is surely a blessing even St. Patrick would approve.