The mechanisms behind bacterial infectious disease used to be simple. The invader would enter the body, a fight would ensue... 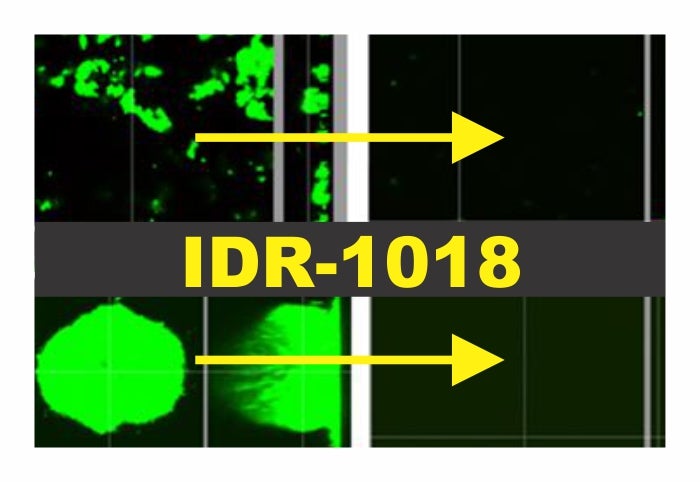 The mechanisms behind bacterial infectious disease used to be simple. The invader would enter the body, a fight would ensue with the immune system, an antibiotic would be prescribed and the patient would heal. But the threat of antibiotic resistance changed all that. Researchers have since learned the dynamics of an infection – and controlling it – are multifactorial and far more complex than originally believed.

One of the most useful discoveries occurred some 30 years ago when researchers took a closer look at chronic osteomyelitis and realized the destruction of bone tissue was due to bacterial persistence in the form of microcolonies. Called biofilms, these microbial civilizations were found to be a significant player in many other infections as well as the development of antimicrobial resistance.

Over the years that followed, the mechanisms behind biofilm growth and accompanying resistance were sought. A number of new terms were developed including persisters, small colony variants, antimicrobial indifference and even antibiotic induction. Then, in 2008, a list of the most prominent offenders was introduced, named ESKAPE after the bacteria involved: Enterococcus faecium, Staphylococcus aureus, Klebsiella pneumoniae, Acinetobacter baumanni, Pseudomonas aeruginosa and other Enterobacter species. Research had its targets and was ready to do what it could to keep us safe.

Pathogen-centric research unveiled a number of interesting characteristics behind biofilm formation, its impact on infection, and contribution to resistance. Yet there were few actual treatments developed. The use of bacteriophages – viruses of bacteria – to reduce bacterial numbers and prevent biofilm growth has shown some promise, particularly in the food industry, but the medical use of a biological organism to combat another continues to be years away. In contrast, antimicrobial peptides (AMP) are naturally produced both by the human body as well as a plethora of microbes and may offer a path forward. Antifungal peptides have already gained FDA approval and others are in the pipeline.

Now, thanks to a Canadian team of researchers, there may be a means to combat all three. The team unveiled a novel antimicrobial peptide with the power to prevent and treat ESKAPE biofilm-mediated infections and the development of antibiotic resistance. Innate defense regulator 1018 (IDR-1018) is a synthetic peptide with homology to a number of natural proteins. It was found as a part of a larger screen to determine any effects on formation of ESKAPE biofilms. When introduced at microgram levels, there was no sign of colonization from any of the bacterial types. Moreover, any biofilms already present disappeared. This was a broad-spectrum anti-biofilm antimicrobial.

Once they had their target in sight, the group looked at the interaction between IDR-1018 and the peptides. Sure enough, when the two interacted, the signal was destroyed. The cells were left to fend for themselves. Over time, the bacteria would stress out and start to overproduce the (p)ppGpp molecules yet IDR-1018 would prevent them from finding solace. The biofilm would disappear and the remaining bacteria would be left helpless against any antibiotic treatment regimen.

The results of this study reveal the potential for antimicrobial peptides and their use in the fight against infections. Perhaps even more promising is the possible combinatorial effect with antimicrobial stewardship. With the power of IDR-1018, medical professionals would have an algorithm to fight ESKAPE pathogens. After identification, the peptide could be used first to wipe away any biofilms followed by pathogen-specific antibiotic regimen to clear the infection.

There is one other benefit to this revelation. Over the past few decades, the concept of a broad-spectrum antimicrobial has been difficult to achieve. Phages are specific to species and even strain and many AMP work on a smaller range. IDR-1018 has opened the door to widespread targeting and offers hope for an all-in-one treatment to keep biofilms from worsening infections. Moreover, as the post-antibiotic era continues to inch closer, the use of IDR-1018 and similar alternative antimicrobials may help to slow the pace even further.