The Week in Plagues: A World Without Antibiotics, Why You’re Not Drowning in Poop, and More

Here are some links on infestations, contagions, and controls from around the web this week. There were some great longreads,... 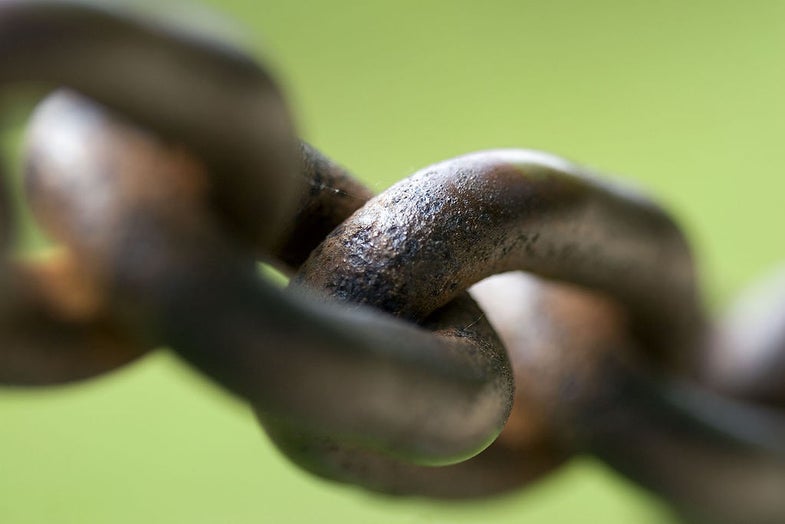 Here are some links on infestations, contagions, and controls from around the web this week. There were some great longreads, so I hope you have time this weekend to dig in. Did I miss anything big? Add it in the comments.

The World Health Organization has confirmed that the polio outbreak in Syria originated in Pakistan, where Taliban leaders have prevented health workers from providing the polio vaccine. Amar Toor at the Verge explains how polio in Syria could spread the disease on a much larger scale.

Also according to the Verge, Princeton University is working with health departments to stem a meningitis outbreak. NPR explains why meningitis is so common on campuses to begin with and puts the Princeton outbreak in context.

Scientific American has more on the dengue fever outbreak in Texas. The disease has also been spotted on Long Island in New York.

And, in anti-outbreak news, a new flu vaccine may be on the way. But will it be soon enough? Carl Zimmer reports for The Atlantic.

Australian scientists are on the look out for superbugs lurking in their livestock, according to The Conversation. It isn’t likely the country has as large of a potential problem as we do in the US thanks to its stricter rules on fortifying livestock with antibiotics

Meanwhile, next door, a man in New Zealand died from complications related to a superbug that wouldn’t respond to any antibiotic, according to the Sydney Morning Herald. It was a first in the country.

In a terrifying, enthralling longread at Medium, Maryn McKenna explores a future without antibiotics. And in a complementary Wired blog post, she writes about the other things we’d lose in an antibiotic-less world.

In agriculture and general plant news

Lawmakers in Hawaii are still fighting over whether biotech companies will continue to be allowed to operate there, according to Salon.

An itsy bitsy adorable caterpillar is causing billions of dollars of damage to crops in Brazil, says Quartz. The country had to approve the import of stronger pesticides to fight the caterpillars, which threaten corn, cotton, and soy.

Remember when Australia declared Katy Perry’s new album a biosecurity threat? The Conversation has a great explainer as to why.

No bees? No problem. From Scientific American: Robot replacements may someday pollinate our farmland. (Just kidding on no bees being no problem. It’d actually be awful. But robot bees are pretty cool).

And, Spain is considering genetically modified flies to help save olive crops (BBC).

And Bethany Brookshire at ScienceNews asks: “Have you ever paused to wonder why we’re not all drowning in poop?” Spoiler alert: it’s because microbes and insects chomp it up. Enjoy your lunch.