In 1953, the esteemed economist, Milton Friedman wrote in his Essays in Positive Economics: **“…the only relevant test of the... 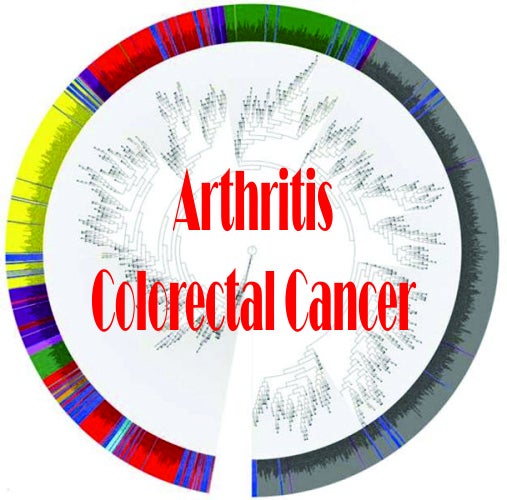 In 1953, the esteemed economist, Milton Friedman wrote in his Essays in Positive Economics:

**“…the only relevant test of the validity of a hypothesis is comparison of its predictions with experience.” **

As factual evidence grows, a theory can either be accepted or rejected. While his focus was on the subject of economics, he stated that the same can be said for the sciences. In the realm of public health, especially the study of chronic diseases, this tenet is paramount in the determination of the role of particular biological processes in the onset and/or resolution of these conditions._ _

The notion that germs are involved in chronic diseases has been in debate for over a century when the presence of bacteria in the blood was recognized as a contributor to pain and death. In the 1930s, the proposed association expanded to include arthritis although at the time, the evidence was scarce at best. By the 1960s, hypotheses on the association between other chronic diseases and microbes began to appear. Yet the only confirmed role of germs in chronic ailments was in the development of oral health problems.

This week, a needed boost was given to the belief that changes in the microbiological ecology of the body – the microbiome – could either be associated or even modulate the onset of two of the most perplexing diseases of humankind. The data, while not proving the role outright, add credence to the argument and offer evidence that will help researchers move forward to not only understand but also help to prevent, manage and perhaps even cure these conditions.

Perhaps the theory most close to the edge of acceptance is the role of microbes in rheumatoid arthritis (RA). Much has been learned about the disease since the 1930s including the complexity of its manifestation. Several genetic factors that predispose an individual and the trigger mechanisms at the cellular level have been defined. However, what actually causes the trigger has been of significant debate despite the evidence from 80 years earlier. Now a group from New York University has found – at least in mice – a potential cause.

The team published a study investigating how a bacterial species, Prevotella copri, could be associated with the onset of RA. They initially looked at fecal samples from 114 patients representing newly diagnosed RA patients, those with psoriatic arthritis and healthy individuals. The data showed that in the majority of new RA patients, there was a higher amount of P. copri as compared to the other three groups. The amount of bacteria was correlated with the genetic traits of the individuals; those predisposed to RA had more Prevotella. Even more interesting, the bacteria acted differently in RA patients than in healthy subjects. The result was a low level of vitamin metabolism, including folate, which has been shown to be deficient in RA patients.

Based on the study, there is little doubt that microbes can play a role although it is not entirely causative. From the results of this study, the main concern is genetic disposition. Then, a shift in the gut microbiota to favor Prevotella species, particularly_ P. copri_ is expected. This shift leads to a reduced ability to prevent inflammation and provide proper nutrients to the body and the eventual onset of the symptoms. This knowledge can now be applied to determine whether a forced change in the microbiome through either diet or supplementation of probiotics can change the gut microbiome to one that is healthy and potentially stop or at least delay the onset of symptoms.

In a similar manner, a shift in the gut microbiome has been suggested as a potential cause for the onset of colorectal cancer (CRC). As with RA, CRC is a genetic disease yet up to 75% of cases have no genetic linkage. The microbial theory was first idealized back in the 1950s when patients were observed to have a higher level of pathogenic bacteria in the gut. It was even suggested that cancer could be prevented by incorporating good bacteria through diet, such as eating yogurt, or through colic transplantation, an earlier manifestation of what is now called fecal microbiota transplantation (FMT).

But for the last six decades, the evidence has not met up to the levels of Friedman’s requirements. There have been continual associations with gut microbiota and the onset of colorectal cancer but there has been no concrete evidence to show that the microbiome actually sparks cancer. This week, a team of researchers housed at the University of Michigan published a paper showing that modulation of cancer is driven by the gut microbiome.

The study was relatively simple in design and used a standard model for colon carcinogenesis in mice. The results were equally simple in that the gut microbiome changed as tumors developed. The diversity of microbes decreased and there was a shift towards bacteria that promoted and maintained unhealthy inflammation in the gut. As the dysbiosis continued, there was an increase in symptoms and even tumors.

With this information in place, the group tried yet another experiment to determine if the worsening of symptoms was caused by the cancer or the microbes. They added antibiotics to the drinking water. While they expected some differences, the observations were incredible. Not only did the number of tumors drop but they were smaller as well. The test proved, at least in mice, that the microbiome was essential for tumorigenesis.

The results of this study reveal the importance of the microbiome in cancer but also offer some perspective as to why the work conducted in the 1950s, despite being forgotten, was on the right track. Based on the author’s conclusions, the nature of the gut microbiome can determine the severity of colorectal cancer. If the microbiome is in dysbiosis and chronic inflammation is present, then there is an increased chance of problems. However, if the microbiome is healthy, whether through lifestyle or intervention, then the problems may be mitigated and possibly prevented.

As Friedman points out in Essays in Positive Economics progress requires that we continue to test current hypotheses but also work to take this information and conduct new hypotheses. The findings of these two studies should bring us the confidence to not only further validate the theory of germs in chronic disease but also to embark on new hypotheses on how to better prevent, manage and treat these conditions in the future. Though the road may be rough for those who prefer to look to germs for answers, there is more than hope to encourage these germevangelists on into the future and bring about new revelations to make our lives healthier and happier.