And we never saw it coming. 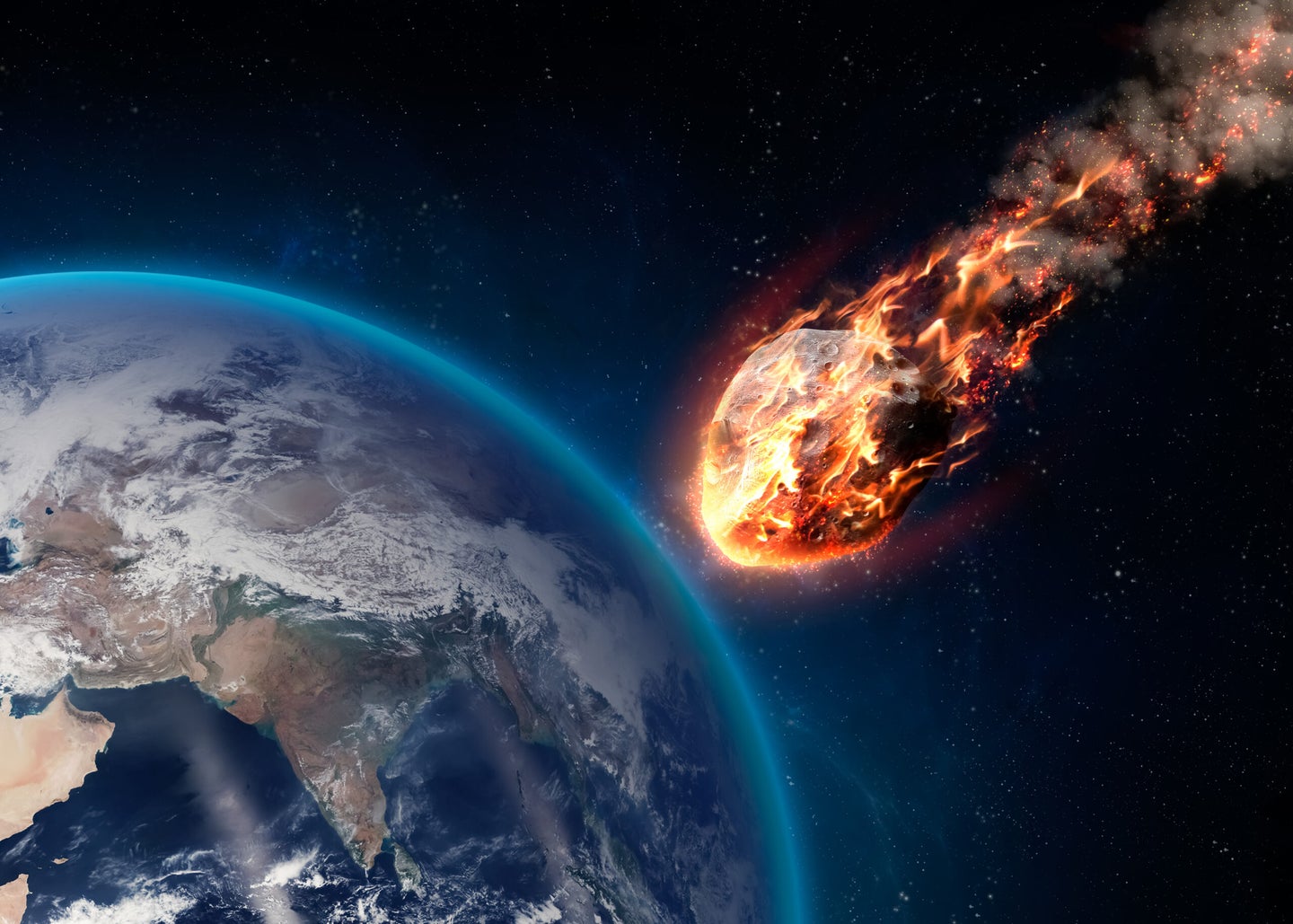 Scientists recently observed a meteor exploding over the Bering Sea with the energy of 10 atomic bombs. It’s officially the second largest fireball of its kind to occur this century, after the Chelyabinsk event in Russia six years ago, and the third largest impact in modern times since the Tunguska event in 1908.

And it happened without any warning whatsoever.

The meteor, about 10 meters long and weighing more than 1,500 tons, plunged into Earth’s atmosphere on December 18 at around noon local time, bearing down on the Bering Sea (sorry) between Russia and Alaska. The projectile was going about 72,000 miles per hour, at a steep seven-degree trajectory. It exploded into a fireball at a little less than 16 miles above the surface, with an impact energy of about 173 kilotons of TNT.

Some Military and civilian instruments spotted the explosion right away, with a number of monitoring stations around the world measuring the impact and its effects in real-time. That data came in many forms, including infrasound (low-frequency sound humans can’t really hear, released along with large bursts of energy), and electromagnetic radiation as infrared and visible light.

In spite of exhibiting such incredible power, fireballs this big and bright only happen two or three times a century. Although the event has only hit the news recently (NASA put the data around the meteor event up on its public website a little over a week ago), that doesn’t mean the scientific community has been unaware. Lindley Johnson, NASA’s Planetary Officer, explains that some of the sensors that picked up on the explosion are designed to look for signs of nuclear explosions to help enforce international treaties. “An explosion of this size is not often missed,” he says.

There would have been a bigger spotlight on the meteor if it happened over land—or worse, near a populated area. But instead, “it’s over the Bering Sea, pretty far north, and it didn’t have the high visibility of something like Chelyabinsk, or even the fireball that came in over Cuba,” says Kelly Fast, Program Manager in the Near Earth Object Observations Program at NASA. It’s just not something a human eyewitness would happen to catch.

Former astronaut Ed Lu, a co-founder of the planetary defense nonprofit B612 Foundation, is hesitant to speculate on what the effects might have been had the meteor come down in a more populous area, but he says our best frame of reference is the Chelyabinsk. That meteor was a bit bigger (about 20 meters across), and although it was moving away from the city of Chelyabinsk and was dozens of miles away, it broke tens of thousands of windows and even caused several buildings to collapse. An estimated 1,500 people needed medical treatment.

“It doesn’t have to be very big to cause a large explosion,” says Lu. Something that’s just 10 meters in diameter can still explode with 10 times the energy of the bomb that landed on Hiroshima.

Naturally, the event emphasizes the concern that a near-Earth object of some kind could devastate communities on the ground.

“It’s a reminder that the solar system does affect our lives,” says Lu. Although the vast majority of asteroid impacts are too small to worry about, there are always events like this which could threaten our safety. And like this rock, they can impact us without any warning. Back in December, nobody has a clue this object was headed straight for the surface of the planet. “You have to find them first before you can actually do something about them,” says Kelly. NASA and other institutions are pouring in many more resources to help us track these objects, but there are limits to that endeavor. “This object was far smaller than what we’re normally tasked to find,” says Johnson, who adds that the Planetary Defense Coordination Office is focused on identifying and tracking objects larger than 140 meters. Those are obviously much more dangerous to us than objects like the Bering Sea meteor, but events like Chelyabinsk remind us these small visitors can pack a mighty punch.

“We’ve been saying for a long time that we really need to map the trajectory of objects in the solar system, so we can know in advance—decades in advance, not weeks or hours—when something is going to hit,” says Lu. “That’s been our goal for a long time, and that continues to be our goal. Luck is not the best strategy for us.”