And they are creepily cool. 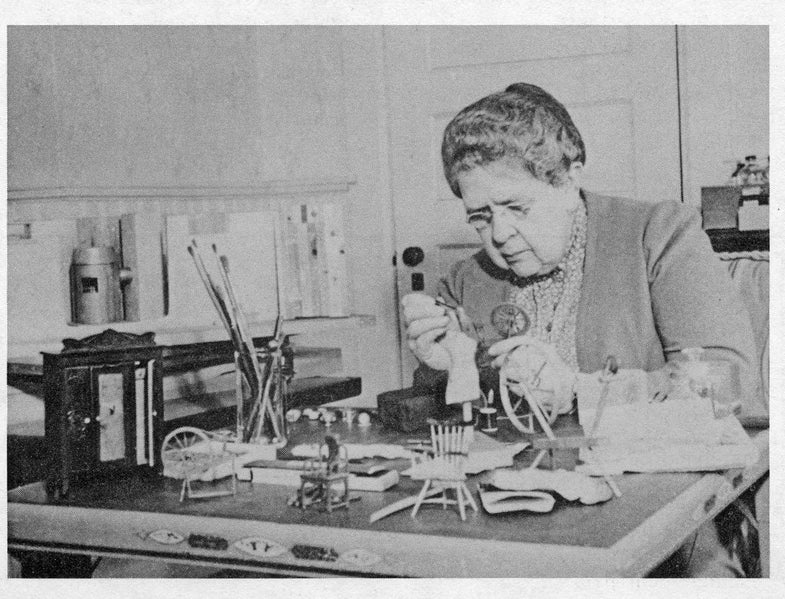 Frances Glessner Lee grew up in a wealthy household at the end of the 19th century. Hers was a lonely and sheltered childhood. She married at age 20, and didn’t get to pursue her dream of becoming a doctor or a nurse–as her father said, “A lady doesn’t go to school.” But she nursed an interest in medicine and forensics, and after a scandalous divorce in 1914 and a large inheritance from her parents, she began pursuing her passions.

Lee gave some of her inheritance to Harvard University to create a professorship in legal medicine. Later, she began building miniature recreations of crime scenes to teach students about the art/science of evidence gathering–since she couldn’t very well take people to actual crime scenes.

As Rachel Nuwer describes in an engrossing and macabre post at Slate, Lee created 20 of these dollhouse miniatures, which use tiny dolls to represent real victims of crimes. They were used–and still are, to this day–for forensic training. For her contributions, she earned the nickname “the mother of forensic investigation,” at a time when few women were involved in the field.

The Nutshells are now housed on the fourth floor of Maryland’s Office of the Chief Medical Examiner, in behind a door marked “Pathology Exhibit.” Although not open to the public, they still get many visitors, ranging from “detectives to artists to miniatures aficionados.”

Check out the whole post at Slate, which has photos of the Nutshells.