Want to Fool a Kid? Put It In Writing

Imagine you’re in an unfamiliar city trying to find a building. You ask someone on the street, and follow their... 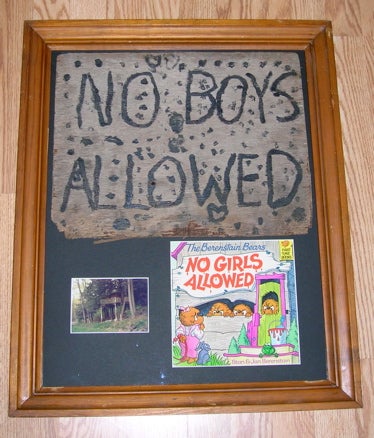 Imagine you’re in an unfamiliar city trying to find a building. You ask someone on the street, and follow their instructions until you see a sign that points another way. Do you obey the sign, or follow the person’s instructions? Most adults would choose to trust written words over oral instructions. But what would a young child do?

That’s what researchers, led by Kathleen Corriveau at Boston University, did in a recent study. They tested 59 kids, ranging in age from 3 to 6, using a Y-shaped apparatus with two colored tubes – red and blue — over a cup. One of the tubes was blocked, and the kids had to decide which tube to put a marble down in the hopes of earning a sticker.

The kids got input from two puppets – one would tell them to “put it in the blue tube” and the other would open an envelope and read the results: “this says red.”

A follow-up used a third puppet whispered in the spoken-instruction puppet ear. That didn’t change the results. A third experiment showed that kids were tuned into the actual text, and weren’t swayed by a symbolic representation – a red dot.

Adults are also likely to trust signs over verbal instructions, say the researchers – and who doesn’t have a family member who says that something is the absolute truth “because it’s on the internet”?

But where exactly does this in-text-we-trust conviction come from? After all, the researchers point out, many children’s books are far from factual. “Children are told stories about talking animals, magical transformations, and non-existent creatures. Recent ﬁndings show that preschoolers realize that the protagonists embedded in such fantastical stories are make-believe,” they write.

It may have something to do with action – when an adult reads a recipe, a map, a menu, a price sticker, a set of instructions, or a label, “children will often have an opportunity to see the adult subsequently engage in actions guided by what they have read.” But pre-readers should also have the same impulses, and they don’t.

Corriveau says that an important shift takes place when children start to read by themselves, but it’s still something of a mysterious transformation. “What is it about these symbols? We’re still puzzling how children get to decode what is so special about text.”