Poor judgment all around 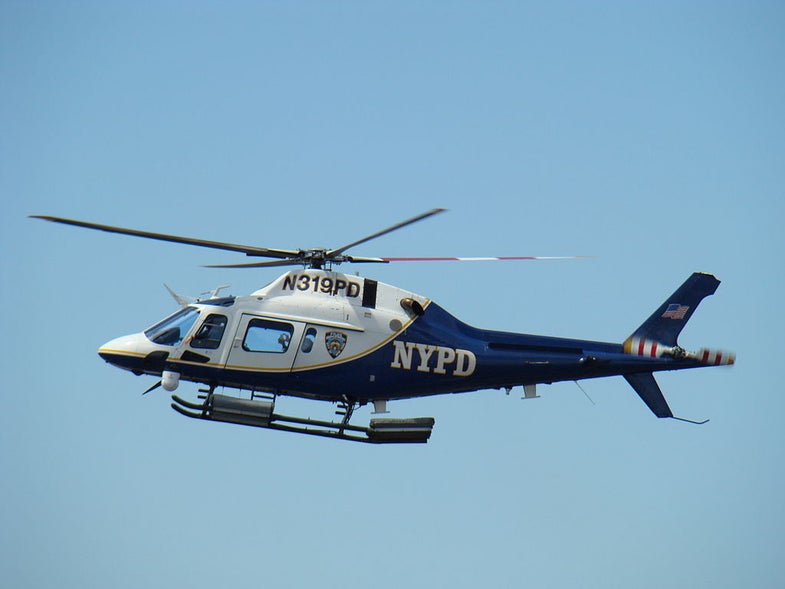 Earlier this week, the New York Police Department arrested two men under charges of reckless endangerment for flying a drone close to a police helicopter. Recordings from the helicopter’s cockpit reveal that the NYPD pilots in fact never feared the drone, and instead actively pursued it with their police helicopter.

This new evidence undermines the reckless endangerment charges. Pilots reported seeing the drone flying level with them at 800 feet in the air. While flying drones over 400 feet is against model airplane recommendations, willfully flying a helicopter dangerously close to a small flying object is also probably ill-advised.

Notable in the recording is the pilots’ lack of familiarity with drones. On the recording the officers express surprise at the drone’s ability to “do a 180”, an easy feat for quadcopters, and they claim that the drone went from 0 to 2000 feet, a challenging task given the limited battery power and small engines on the DJI Phantom drone in question.

All of this adds to a murkier case in an area where the law is lacking and unclear. Drones like the one in the case are available for $500, and the future will only see more drone-and-manned-aircraft interactions.