Could This Old Warplane Really Shoot Down MH17?

A weak theory about a strong plane. 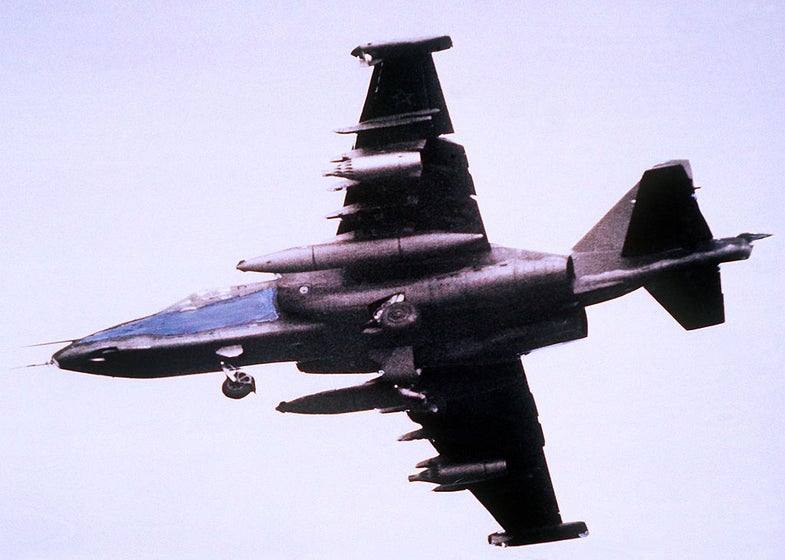 Following the downing of Malaysian Airlines flight MH17 over separatist-held eastern Ukraine, Russian state-owned media started focusing a lot on a strange little plane. The Sukhoi Su-25 “Frogfoot” is a jet fighter from the late Cold War, designed to support ground troops from closer overhead, and in the MH17 tragedy, what the Su-25 can and can’t do is a centerpiece of Russian denials.

According to some theories, a Ukrainian Air Force Su-25 jet fighter fighter was armed with anti-air missiles and flew to an altitude of 33,000 feet, within 3 miles of MH17–implying that the warplane shot down MH17. Primarily Russian media (including Russia’s state-owned English language television network RT, Russian state-owned media news agency RIA Novosti, and Pravda.ru) are reporting this version of events. Russia is hardly an unbiased party in this conflict. But if there was going to be a rumor about the Ukrainian government shooting the airliner, it couldn’t have fixated on a less ideal jet.

The Sukhoi Su-25 “Frogfoot” is not designed to destroy airplanes. Instead, it’s a close air support or ground attack aircraft. First flown in 1979, it serves in the air forces of many post-Soviet states, including Ukraine. It’s primarily used for destroying tanks, armored vehicles, trucks, and bunkers, where the Frogfoot’s armor and 9,000 lbs of armaments make it a deadly force. Among those armaments can be AA-8 Aphid anti-air missiles, which are usually limited in range to under two miles. But there’s an upper limit to the plane’s performance: it can only fly up to 23,000 feet, well below MH17’s reported 33,000 cruising distance. For an anti-tank plane, that’s not a problem, but it poses a challenge to theories that Ukraine used one to down an airliner.

On Monday morning, someone from an IP address in Moscow edited the Su-25’s Russian Wikipedia page to increase the maximum height the plane can reach by about 10,000 feet.

On the website of the Su-25’s manufacturer, the maximum service ceiling reflects the first version, and also the actual capabilities of the plane. It’s not just absurd that a Ukrainian Su-25 shot down the airliner, it’s almost technically impossible.

Instead, it looks like the Su-25 has a more somber connection to MH17. Earlier today, two Ukrainian Air Force Frogfeet were shot down in the same region of separatist-held eastern Ukraine where MH17 met its grim fate. 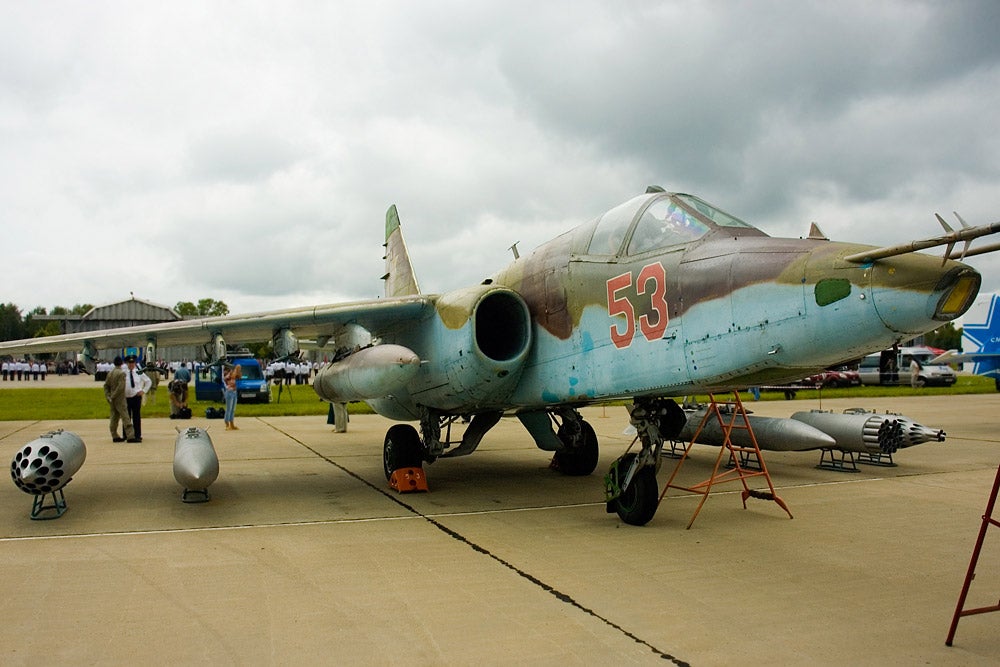 Su-25 At Kubinka Air Base