But is it systematic, hydromatic, ultramatic? 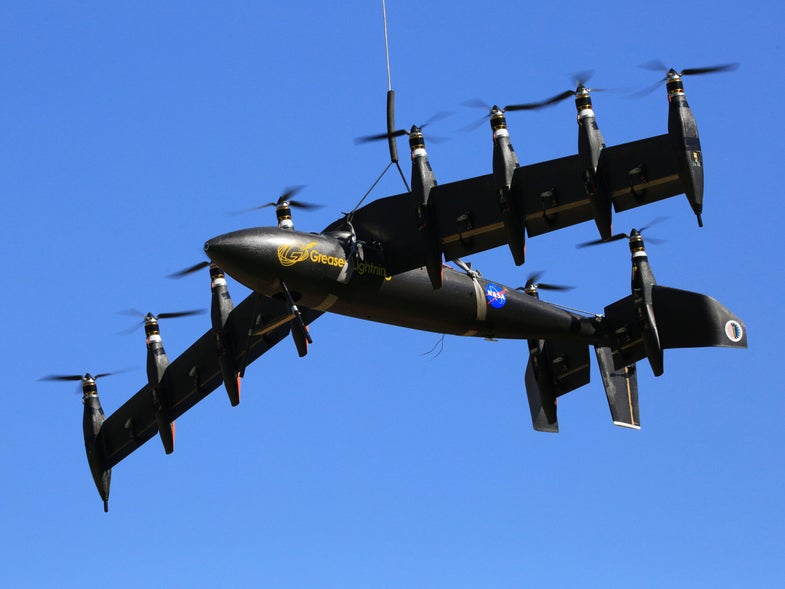 The space missions get all the credit, but the Aeronautics branch of NASA does really cool stuff. Today is National Aviation Day, and to celebrate, NASA shared a picture of their GL-10 Greased Lightning drone. Consider it the little sister to the military’s V-22 Osprey. It has a ten-foot wingspan and boasts ten electric engines all on tiltwings. Seen here, the wings are pointed up, letting the drone take off and land like a helicopter. Once airborne, they’ll tilt forward, making the plane much faster. It’s a best-of-both-worlds configuration, and NASA wants to make it better.

Greased Lightning is part of a NASA program to make efficient hybrid-electric Vertical Takeoff and Landing aircraft. It’s one of four concepts, and is the most conventional of the bunch. According to NASA, it recently flew while tethered, and untethered flight tests are planned for this fall.