American involvement in Afghanistan may be ending, but the need to detect IEDs isn't. 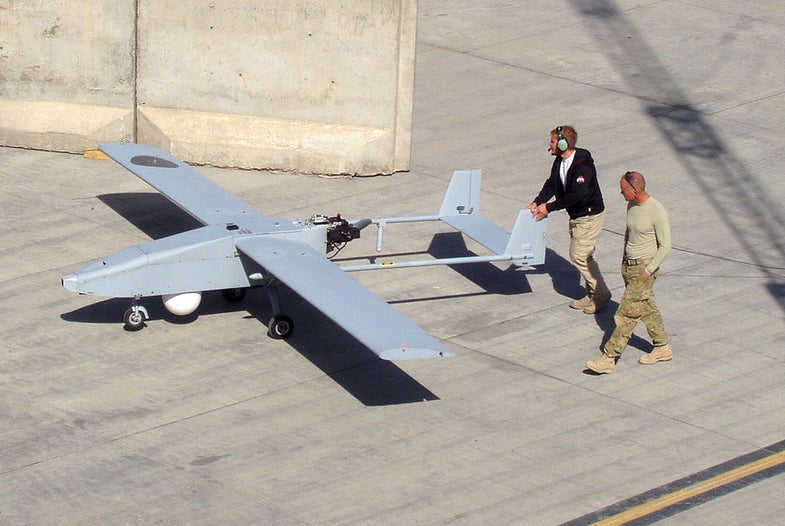 Improvised explosive devices are the scourge of the modern battlefield, assembled from simple components and placed along frequently patrolled roads to ambush troops walking by. The American military used a special sensor named Copperhead attached to drones to find these IEDs placed in Afghanistan and Iraq. With U.S. involvement in the war in Afghanistan winding down, Sandia National Labs, the developer of Copperhead, is handing the technology over to the United States Army.

Copperhead is built from a MiniSAR, or Miniaturized Synthetic Aperture Radar. MiniSAR works by sending out a microwave pulse, reading the reflections of that pulse, and then stitching them together into an image. Copperhead took this technology and added in an algorithm that keeps the entire field of view in the same scale. Previously, MiniSAR had a problem plotting slopes, which limits the technology’s usefulness in over mountainous terrain. Additionaly, because MiniSAR is a radar technology, it can see through smoke, dust, and weather. Dust and hills aren’t ideal lab conditions, but they’re very much battlefield ones.

Here’s how Copperhead finds IEDs. It takes two images of the same area, taken at different times, and like the dullest “find six differences” cartoon, it highlights discrepancies. Sometimes this can be minor, like the grass mowed on a lawn in the past twenty minutes. And sometimes this can reveal a bigger threat worth investigating further, like an awkwardly placed box by the side of the road that wasn’t there before, and could be concealing a roadside bomb.

The Copperhead technology was first deployed to Afghanistan and Iraq in 2009 for combat tests, and was funded as a research project. According to Bryan Burns, a senior engineer at Sandia National Labs, the transfer means Copperhead goes from a research project used in war to a tool available for the Army. Burns tells Popular Science: