In Afghanistan, perhaps more so than in a small Polish town, it’s important to know exactly where you’re going. So... 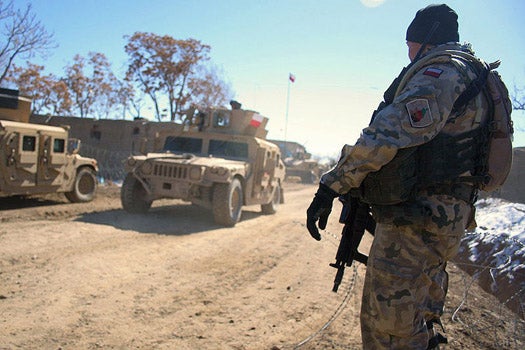 In Afghanistan, perhaps more so than in a small Polish town, it’s important to know exactly where you’re going. So you can imagine the frustration felt by Polish troops serving in Afghanistan when faulty GPS equipment told them that they weren’t in Afghanistan, but in one of several African nations or back home in the small town of Zielona Gora in Western Poland.

The equipment, according to one Polish officer quoted in the Polish press, has caused some units to become completely disoriented in the Afghan frontier, a place where coalition soldiers really don’t want to be wandering around aimlessly. The GPS units have also been criticized for poor battery life and taking a long time to respond to requests – in some cases up to 15 minutes. Polish prosecutors are in the midst of an investigation into corrupt procurement practices in the military, which they say is to blame for the purchase of the faulty equipment.

In warfare and geopolitics, of course, location is everything. The Poles aren’t the only ones to suffer military blunders at the hands of geolocation technology this week. Nicaraguan troops mistakenly invaded a Costa Rican town across the border last week – lowering the Costa Rican flag and raising their own – after a Google Maps glitch showed the town was actually in Nicaraguan territory. Nicaragua blamed Google for the brief incursion and the Organization of American States and the UN Security Council are now mediating a resolution. Oops.