Electronic devices could get much more sophisticated with new diode technology that allows electrons to move around more quickly. Two... 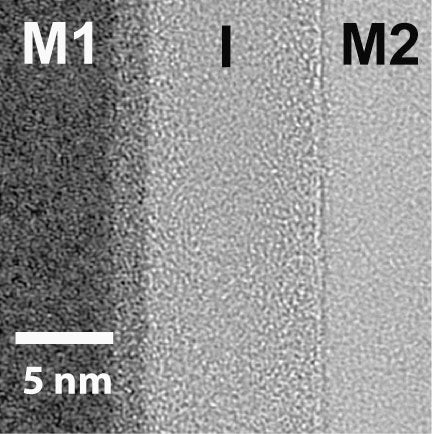 Electronic devices could get much more sophisticated with new diode technology that allows electrons to move around more quickly. Two groups of researchers are reporting advances in diode performance through new manufacturing processes — one uses a metal-insulator-metal system and another uses metamaterials to work with electromagnetic waves. The new systems could yield a new approach to electronics, researchers say.

In a paper published online in the journal Advanced Materials, scientists at Oregon State University report the creation of a high-performance “metal-insulator-metal” diode, something scientists have been trying to do since the 1960s. This is important for super-fast computing, advanced displays and other technologies, because current diode systems might be nearing their limits. In conventional silicon-based electronics, the one-way flow of electrons is controlled through transistors, but the devices are limited by how quickly electrons can move through these materials.

Instead of a typical piece of semiconductor material connected to two electrical terminals, the new diode acts like a sandwich, with an insulator in between two layers of metal. Electrons tunnel through the insulator, emerging on the other side almost instantaneously, according to an OSU press release.

Douglas Keszler, a chemistry professor and materials science researcher at OSU, said the new method could revolutionize electronics: “It’s a basic way to eliminate the current speed limitations of electrons that have to move through materials.”

The researchers have applied for a patent, and they say new companies and new industries could arise from their method.

Meanwhile, researchers in Australia are using metamaterials — stuff not found in nature — to make diodes that take advantage of the wave function of electrons.

Electrons exhibit both wave and particle properties, and while physicists have known for some time that it’s possible to make electromagnetic wave diodes, no one has figured out how to make non-linear ones — an essential function — until now. Ilya Shadrivov and colleagues at the Australian National University in Canberra say it is possible to create diode-like behavior using metamolecules.

Technology Review’s arXiv blog has a much more detailed description, but basically microwaves cause the metamaterials to either reinforce or cancel out currents at certain frequencies, which allows for a non-linear diode. It behaves like a memristor, in that it has several different outputs for one input. Diodes like this could be used to make simpler electronic logic circuits or even information processors that mimic how the brain works, Tech Review explains.