Satellite dishes as we know them – both the huge ones that require a corner of the backyard and the... 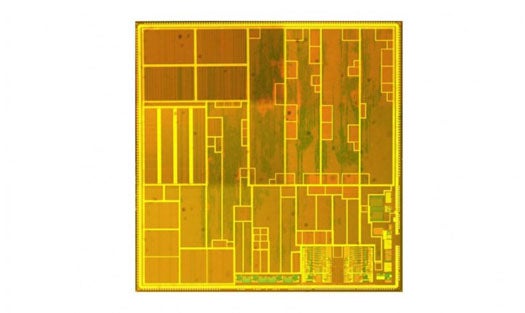 Satellite dishes as we know them – both the huge ones that require a corner of the backyard and the more modern, compact variety that mount on rooftops – could be on their way out. A grad student at the Netherlands’ University of Twente has devised a new microchip that allows for an array of nearly flat antennas to pick up satellite signals, with no rounded, concave “dish” required.

These antenna grid arrays would electronically “aim” themselves, dispensing with yet another familiar aspect of satellite dishes – no climbing onto the roof in blinding rainstorms to fix the picture. Rather, the array works as its own miniature network, like a virtual radiotelescopy dish. This all requires a lot of calculation, which is why it was impractical before. But the chip solves those problems.

Rather than using conventional processors, the new system relies on many smaller, less-elaborate processors integrated into a single chip. This streamlines the process of making all the necessary calculations, allowing for greater flexibility in computing and saving on energy, as processors that are not in use can be switched off. Basically, instead of hardware infrastructure like crystals and coils, TV and radio receivers would be defined by software running on a computer network just a few millimeters across.

Perhaps most importantly, the chips’ small size means you could potentially carry a satellite receiver with you wherever you go. The student, Marcel van de Burgwal, has found that the chip works well as a digital radio receiver for smartphones due to its small size and low energy requirements, and that could in turn lead to some interesting applications for the tech in portable electronics.