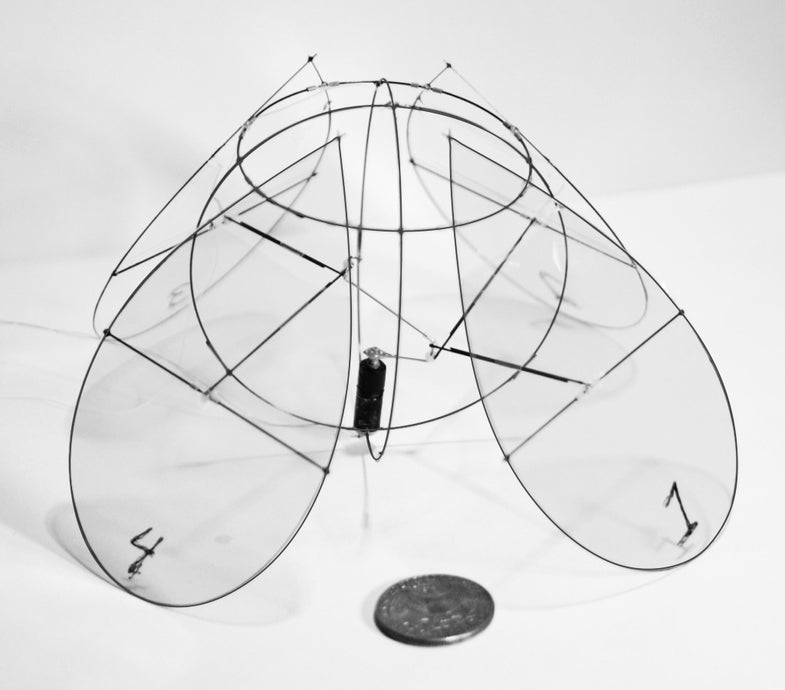 Lief Ristroph and Stephen Childress of New York University have taken an alternate route around evolution’s highway: They’ve created a miniature flying machine that moves not like a bird or insect, but a jellyfish. Rather than flapping its four wings up and down, this micro-ornithopter’s wings use a swimming motion, opening and closing its wings in order to ascend, descend, and hover.

Flying machines that mimic the flight of animals like bees or hummingbirds tend to flip upside-down, unless the build also includes “aerodynamic dampeners” like tails or sails; or a continuous control system for wing speed and motion. This flier’s inward-outward wing motion allowed it to maintain stability without those add-ons.

The flying machine was announced last fall, and its design and mathematics are fully explored this week in the Journal of The Royal Society.

The jellyfish flyer is just 10 centimeters long, with each wing 8 centimeters long. A tether wired to an external power source supplies energy, rather than an on-board battery. The entire ‘thopter weighs 2.1 grams, including a 1.1 gram motor. To acheive stability along different flight paths, the researchers experimented with wing trim, varied flapping patterns among the four wings, and different voltages.

This flyer is a prototype, emphasize the researchers, an early step toward practical micro-aircraft. “In the future,” they write, “small-scale flapping-wing aircraft may be used in applications ranging from surveillance and reconnaissance missions to traffic and air quality monitoring.” 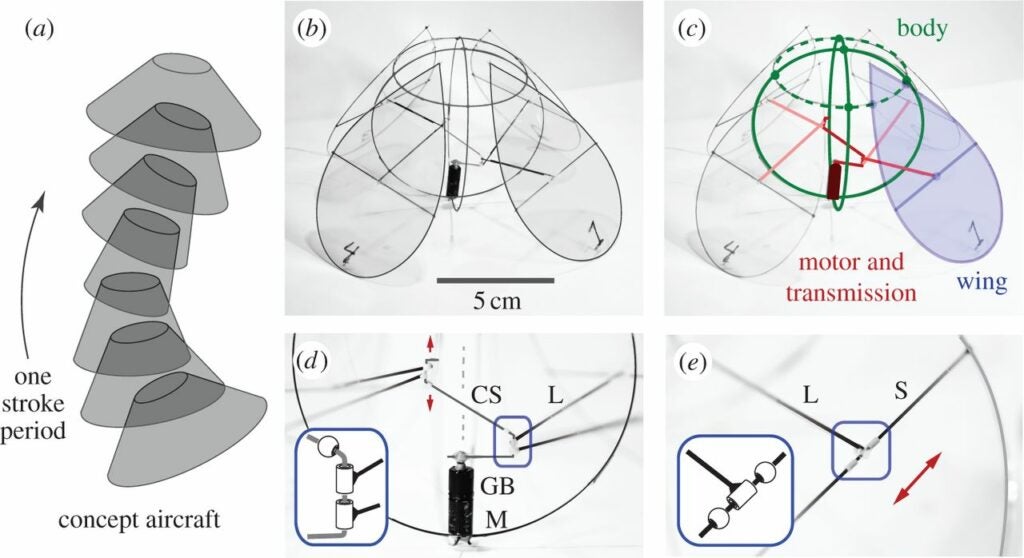 Design for a flying machine:

Researchers at New York University have created a small, stable four-winged flyer with wings that move inward and outward, similar to a jellyfish, rather than flapping up and down like a bird or insect. The top figures illustrate the body and wing design; the bottom figures detail the motor assembly (left), and the wingspar assembly (right).
Aviation
Drones