Get Ready For The Robot Smog

A professor of robotics discusses the "robot smog" that could pollute cities of the future. 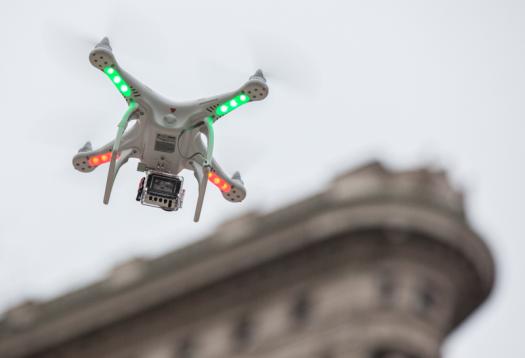 Ah, the good old days when your microwave stayed put where you left it. Introducing autonomous robots into everyday life is not going to be a smooth leap into a more-convenient future—it will be loud, uncomfortable, and very annoying, says Carnegie Mellon robotics professor Illah Nourbakhsh. In a new article for The New Yorker, Nourbakhsh writes:

On a large scale, drones pose privacy, safety, and legality challenges, but they do hold promise for commercial and public protection. These gains may well be worth the risk, and on a macro level I think that’s why drones will be allowed to fly more freely in U.S. skies. But on the very personal level, drones could be quite strange to interact with: silent sentinels hovering near joggers in a park, moving out of the way of birds but only actively responding to commands from their owners.

Nourbakhsh describes them almost as flying, unblinking cats, that seem to only act on whims:

Read the whole piece at The New Yorker.

For a look at the rise of insect drones, check out Popular Science‘s January 2014 cover story.