Planning For A Future Of Robot Ships

The technology is getting there, but the law is the real obstacle. 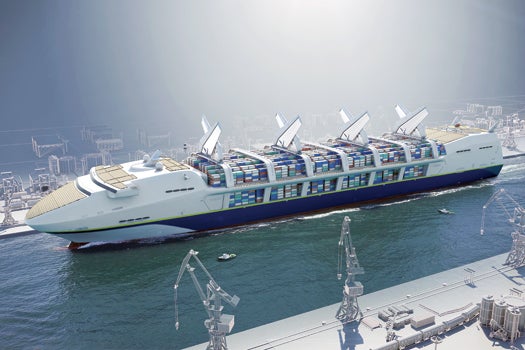 When it comes to shipping, humans crews are inconvenient. They need places to sleep and to take care care of bodily functions, they probably require food and a place to prepare that food, and they can only work so many hours a day. Also, crewmembers and their accommodations have weight, which means increased fuel costs for ocean-going vessels. All told, it’s expensive. If it were possible to move ships to and from ports without humans, shipping could get a lot cheaper, says Rolls-Royce’s head of marine innovation Oskar Levander. The future of shipping, much like that of flying vehicles and land-based ones, may well be unmanned.

Removing the crew wouldn’t just save on the costs of keeping the crew alive. It might even reduce human-caused accidents. Humans, clever as we are, are not fantastic at doing repetitive tasks for long hours, and fatigue can set in. Robots, on the other hand, have no problems with tasks that are dull. Robots love dull!

So the real challenge for unmanned shipping, much like for commercial drones, will come from two places: the development of technology for safe remote operation, and the modernization of laws governing transportation. Complicating the latter challenge is that the body of law governing international waters, territorial waters, and how they interact is vast and complex. Another snag is the U.S. reluctance to ratify the United Nations Convention On The Law Of The Sea, which is the main framework under which the rest of the world operates.

To overcome the technical challenges of making ships that sail without sailors, a multi-country group under the European Union is working on a project called [Maritime Unmanned Navigation through Intelligence in Networks](http://Maritime/ Unmanned Navigation through Intelligence in Networks) (MUNIN), which aims to develop autonomous ships that can, when needed, be controlled from shore.