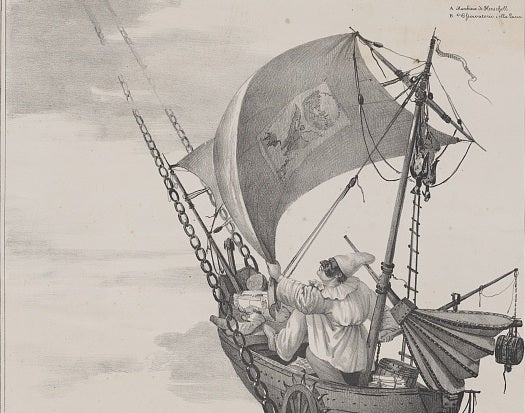 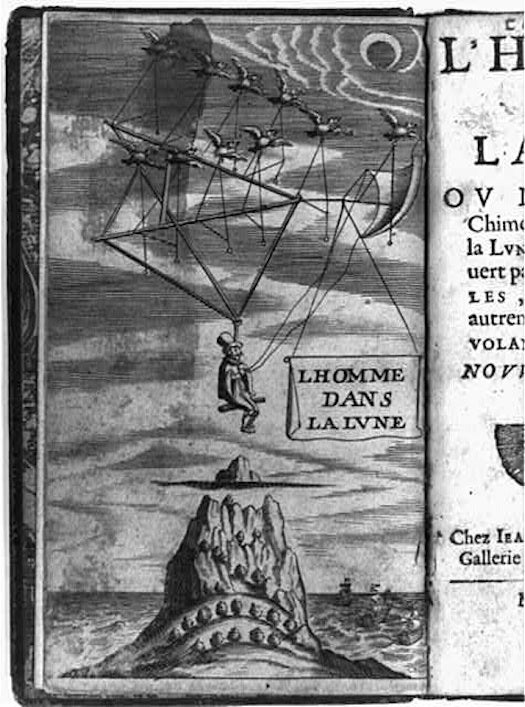 From The Man in the Moon by Francis Godwin

In fact, Galileo published his first observations of the moon’s surface, as viewed through a telescope, less than 30 years ago. So you might know that the moon has varied topography, just as the Earth does, but it all seems pretty new to you. Futurist that you are, however, you’re already one step ahead, trying to imagine what it would be like to look upon those alien mountains. How do you imagine you would get there?

In the first known story of space travel in English literature, bishop and historian Francis Godwin envisioned getting carried to the moon by a craft harnessed to a flock of yet-to-be-discovered, super-strong, goose-like birds. Yes, he imagined a goose-powered moon lander. U.S. Library of Congress Special Curator Trevor Owens highlights this and other fictional spacecraft in a recent blog post for the Library of Congress’ website. It is just as awesome as it sounds. We’ll show you some pictures, then you should go check out the post.

Cyrano de Bergerac, whom I always imagined to be a pretty smart guy, came up with this fireworks-powered craft for a book published in 1657. This illustration shows Bergerac ascending in said craft, surrounded by plumes of smoke like those around real space rockets: 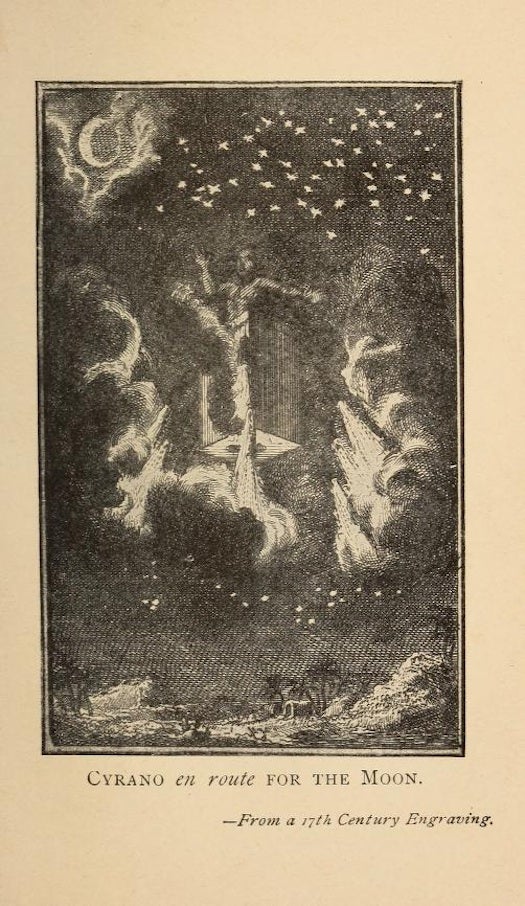 From A Voyage to the Moon by Cyrano de Bergerac

Fast-forwarding a bit, this print comes from Italy, sometime in the 1830s or 1840s. It’s a space elevator, proving that no idea is truly new: 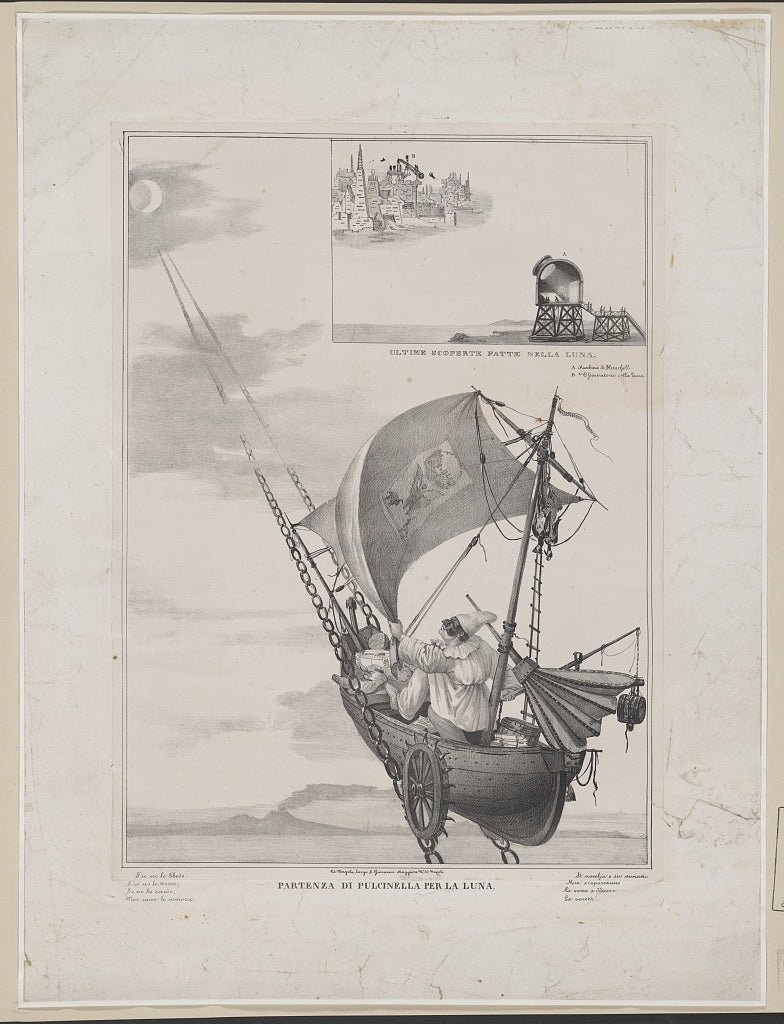 Lithograph made by Salvatore Fergola