A Guide To Spotting And Hiding From Drones 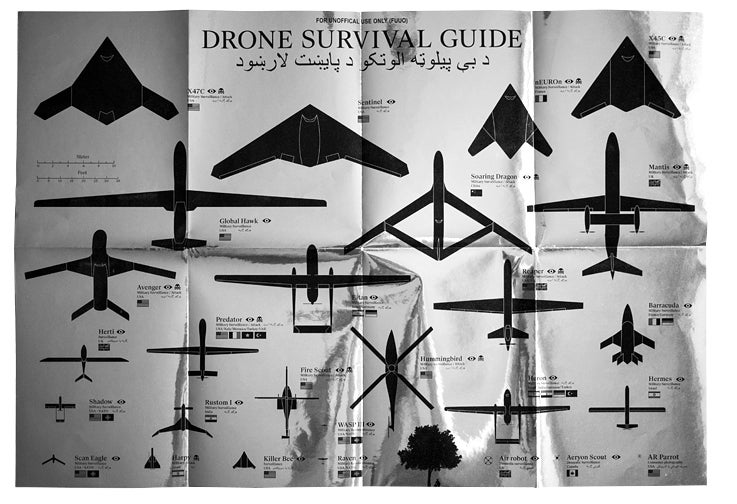 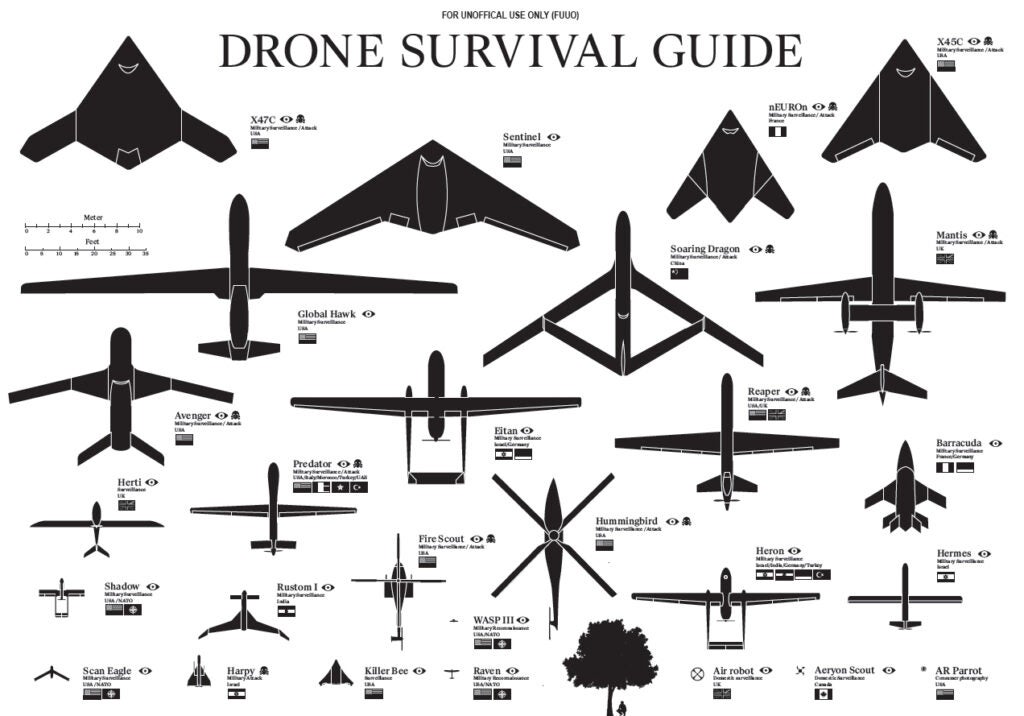 Consider it a rough Audubon guide to the mechanical fauna of battlefields. Created by Amsterdam-based designer Ruben Pater, the Drone Survival Guide is, on one side, a rough bird watcher’s guide to the modern robot at war. The other side is a short section of printed survival tips, and the guides are available in Pashto, Dutch, German, Italian, Indonesian, Arabic, and English.

The selection of drones included in the guide leads heavily towards those from NATO member countries, with the United Kingdom, Canada, France, Germany, and the United States all represented, as well as NATO itself, for the other member countries that use these drones. Partly because those are the countries that have used drones, in Afghanistan and elsewhere, the most, but partly because they are just the countries where it is easier to get information about the scale and wingspan of their flying robots.

Also represented are drones from China, Morocco, India, the United Arab Emirates, and Israel. In fact, Pater told Popular Science that part of his inspiration came from people in the Gaza Strip, who filmed Israeli drones overhead, and the challenge of making out what kind of machine it is from the silhouette alone. The silhouettes also resemble Airplane Spotter Cards, made during World War II so that servicemen could differentiate between aircraft, both friendly and allied.

The drones vary vastly in scale, from the 130-foot wingspan of the Global Hawk to the 23-inch width of the Parrot AR quadcopter. They’re all divided into two categories, based on function: those that spy, and those that both spy and kill. The other distinctions, between military and domestic surveillance, are less solid. Pater gave an example of how something like the Scan Eagle complicates that. It’s a military drone, used for years by NATO forces fighting abroad, but when police in Pater’s Holland (“like one of the safest places on earth,” he told Popular Science) obtained them, they started using them to track down drug dealers and illegal marijuana growers. The drone, after all, is a tool that is used by people. How it is used depends on the people themselves.

There’s also the limited nature of a single-sheet survival guide. Pater concedes that it’s mostly art. Several of the tips for survival come directly from an al Qaeda guide to countering drones, published by the Associated Press in January 2013. Included in these tips are “To hide under thick trees because they are the best cover against the planes,” (note the hiding figure in the image) and “Spreading the reflective pieces of glass on a car or on the roof of the building,” which Pater’s guide mirrors by both being printed on reflective material and advocating space blankets (which also hide heat from infrared cameras) as a way to hide.

As a tool for survival, it might be limited, though no less so than other artist attempts at drone-proofing the world. As a work of design, and a rough guide for drone spotters, it’s excellent. Pater hopes to see the guide in the hands of activists, and given the many languages it’s been translated into, it could easily have an educational role in the right hands.

The drone guide, complete with survival tips, can be ordered from his site. 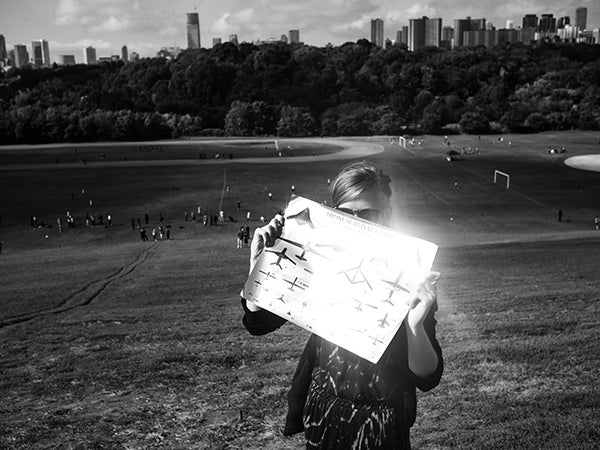