Better Than A Condom? Discreet Nanofabric Protects Against Pregnancy and HIV

This nanofabric dissolves in the body, releasing antivirals and blocking sperm. 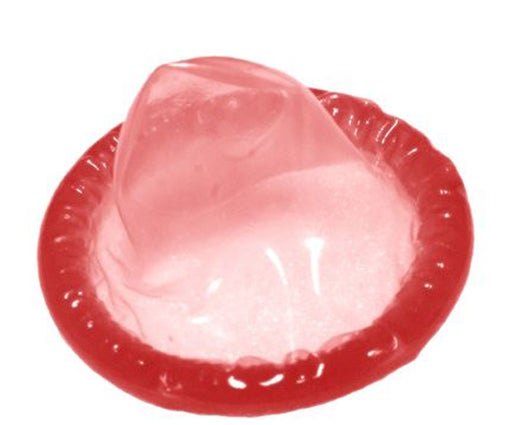 Condoms have saved countless lives, but can we do better? New research says so. Courtesy Wikimedia
SHARE

University of Washington researchers have developed a new contraceptive that for the first time offers women a discreet way to protect against both sexually transmitted diseases and pregnancy. An electrically spun nanofabric, the technology is designed to dissolve in the body, releasing preventative drugs. The goal: to empower women to make their own reproductive choices safely and cheaply.

Existing contraceptives can safeguard women against both unwanted pregnancies and STDs, such as the female condom and nonoxynol-9. But the former method lacks discretion and the latter “in vivo is not safe for multipurpose prevention,” researcher Kim Woodrow says in an email. “To date, no single product exists that women can use discreetly for simultaneous and effective prevention of STIs (including HIV) and contraception,” she says.

The researchers used electrospinning, a method of creating fibers from liquid in an electric field. The fibers are easily manipulated to control material properties like solubility, strength and shape. After the dissolved polymers and antiretrovirals form fibers in the electric field, they stick to a collecting plate. 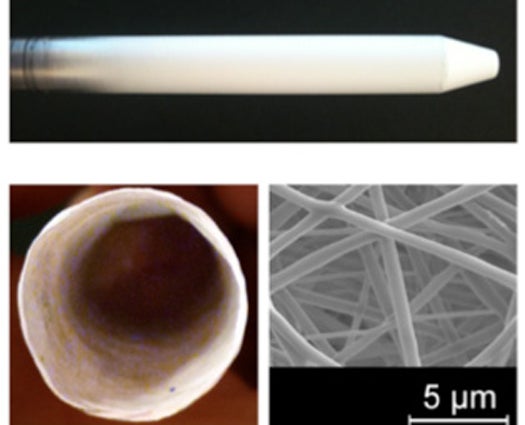 In the top photo, fibers stick to a surface (top). Bottom right, they’re removed from the surface but maintain the shape. Bottom right shows the fibers up close.

The researchers are then left with a stretchy fabric that functions in quite a few ways. It can be inserted directly in the body or act as a coating on vaginal rings or other contraceptive products. It blocks sperm and can release chemical contraceptives and antivirals. The scientists created fabrics that dissolve in minutes for immediate protection and others that dissolve over a few days for sustained delivery. Mixing fibers into one nanofabric could yield both results.

The team wants to focus its efforts in places where HIV is common and protection might not be as widely available, especially if sexual assault is common. As the researchers further develop their product, they could incorporate fibers that shield against many STIs and multiple anti-HIV drugs to discourage and protect against drug-resistant strains.