Nearby Star Tau Ceti Could Have A Habitable Planet

Though not yet confirmed, data suggests a rocky body is orbiting our stellar neighbor at just the right distance. 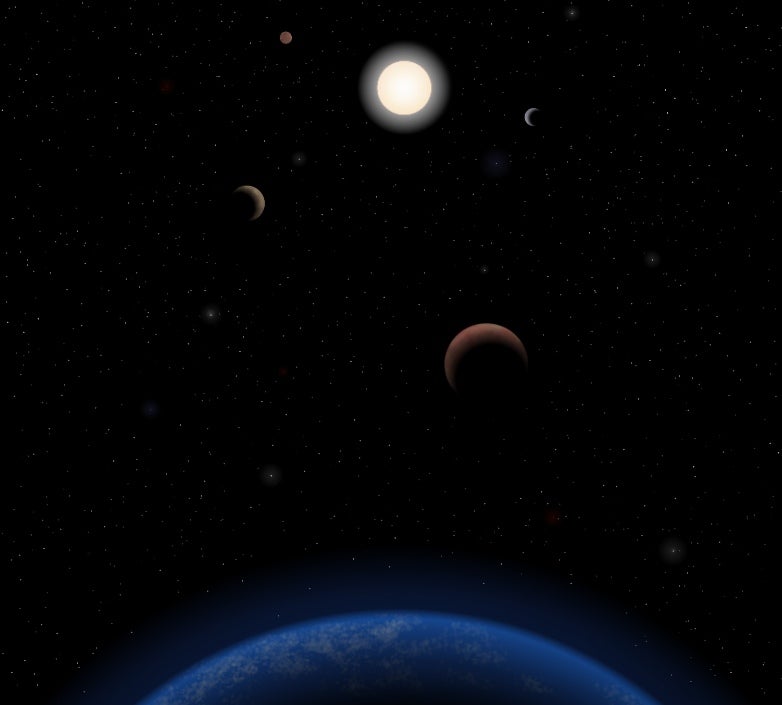 J. Pinfield for the RoPACS network at the University of Hertfordshire, 2012
SHARE

It was really big news back in October when astronomers discovered an Earth-sized planet whipping around Alpha Centauri B, a star in the Alpha Centauri system, the closest star system to Earth. Now, it turns out the nearest single sun-like star to us is likely also harboring planets–five of them–and one looks to be orbiting in the so-called “goldilocks zone.”

The star is known as Tau Ceti, which resides just 12 light-years away. That’s further than Alpha Centauri (at just four light-years) but the Tau Ceti finding is significant. The Alpha Centauri exoplanet orbits its star at too close a distance to harbor surface water–it’s simply too hot. The potential planet orbiting Tau Ceti, though its precise composition is unknown, looks to be a rocky planet like Earth. And it’s orbital distance is such that liquid water could exist on the planet’s surface.

Its minimum mass is just 4.3 times that of Earth, making it the smallest exoplanet to be discovered in the habitable zone of a sun-like star. And it’s worth noting here that the this planet is not yet confirmed–while it appears to exist in data collected from three different instruments, further study is needed before astronomers can declare it a known exoplanet. But if confirmed, the Tau Ceti planets would be a prime candidates for further study–and perhaps for eventual exploration.