Only Russia will be safe from the dolphin uprising. 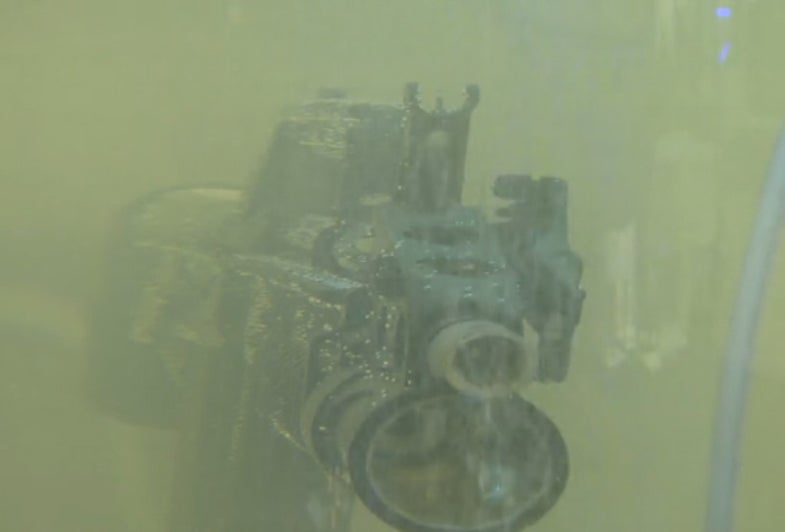 Today in problems I didn’t know existed: While there are guns that fire underwater, and guns that fire on land, there are very few that can do both. Introduced at an arms expedition in Moscow, Tula Instrument Design Bureau’s ADS gun is an assault rifle for the special forces combat diver on the go. The key to this flexibility? Underwater bullets.

On land, the ADS fires 5.45х39 mm bullets—the current standard round for Russian assault rifles—up to a range of 1640 feet. In water, it uses a slightly shorter bullet, whose range is constrained by the depth of diver when firing. At 100 feet underwater, it can reach targets 82 feet away. After a diver emerges from the undersea battle, he or she can switch out a magazine of underwater bullets for a magazine of normal bullets, and continue firing on land with the same gun. Such modern convenience in bizarrely niche combat situations! There’s also a grenade launcher on the ADS, though no mention yet of any special underwater grenades.

Of course, Russia already has an amphibious rifle, of sorts. The iconic AK-47 can be fired underwater, provided the target is less than 6 feet away and the depth is that of a standard swimming pool.