How Many Gun Bills Pass After Mass Shootings? 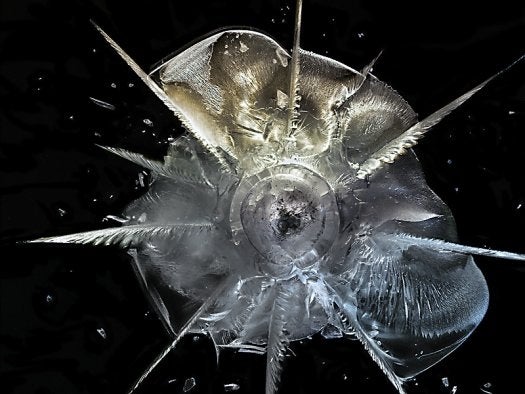 After tragedies like the Navy Yard shooting Monday, people often want to do something or change something. It’s a natural reaction to an extreme event. But how much really gets done after mass shootings?

In June, two criminal justice researchers reviewed the bills legislators proposed after three school shootings: Columbine, Jonesboro, and Virginia Tech. School shootings are similar to workplace shootings such as the Navy Yard tragedy: “People get hung up on age and that’s why they see these as very different,” H. Jaymi Elsass tells Popular Science. “They’re really very similar kinds of events with very similar kinds of relationships involved in those settings.” (Elsass was not involved in the June review, but is a colleague of the authors at Texas State University. All are doctoral students in criminal justice.)
In the 12 months after the Columbine shooting, lawmakers proposed more than 800 new bills having to do with guns.

It turns out each shooting prompted a flurry of proposed legislation, but often, only a small number of such bills passed.

In the 12 months after the Columbine shooting, lawmakers proposed more than 800 new bills having to do with guns. Some promoted gun control—for example, beefing up background checks—while others promoted gun ownership rights—for example, protecting the rights of gun owners who cross state lines with weapons. About 10 percent of those bills passed.

Lawmaking efforts after the mass shooting at Virginia Tech, which remains the U.S.’s most deadly, were more fruitful. President George W. Bush signed legislation improving the National Instant Criminal Background Check System and providing states with funding to improve their own firearms reporting systems. However, 24 states have since added fewer than 100 mental health records to the National Instant Criminal Background Check System. The system contains only about half the number of records that experts expected.

The Sandy Hook shooting was not included in the study, but it had a similar pattern to Columbine: In the first 75 days after the shooting, politicians introduced 24 pieces of gun control legislation. All failed except for one, which required the registration of assault weapons and limited the number of bullets in magazines in New York State.

An obvious explanation for the failure of many gun laws is that they are so controversial, they have little chance of passing. “That’s entirely possible,” says Jaclyn Schildkraut, one of the study’s authors. She points out that the numbers of Americans who support more or less gun control are nearly even, making every bill difficult to pass one way or another.

Schildkraut and her co-author, Tiffany Cox Hernandez, didn’t analyze why so many pieces of post-shooting legislation fail. When I asked her opinion, Schildkraut said she thinks that upon closer examination, the new bills turn out to be redundant. “We do have so many great pieces of legislation in place, both for gun rights and for gun control,” she says. “I think it’s more important to really work on enforcing what you have before you rush out more pieces that are not going to be enforced.”

She and Elsass also think immediate legislative action about guns isn’t the right way to respond to mass shootings. Failed bills waste time and money, they say. “Those are resources we could put into the juvenile justice system, or getting people mental health care,” Schildkraut says.

Schildkraut and Hernandez published their work in the American Journal of Criminal Justice.

Updated: @txst told me that Texas State University has dropped the “-San Marcos” part of its name, so I changed that in the post.