While Chinese industry is often accused of copy-catting and IP theft, its robotics research has often showed great originality. Case... 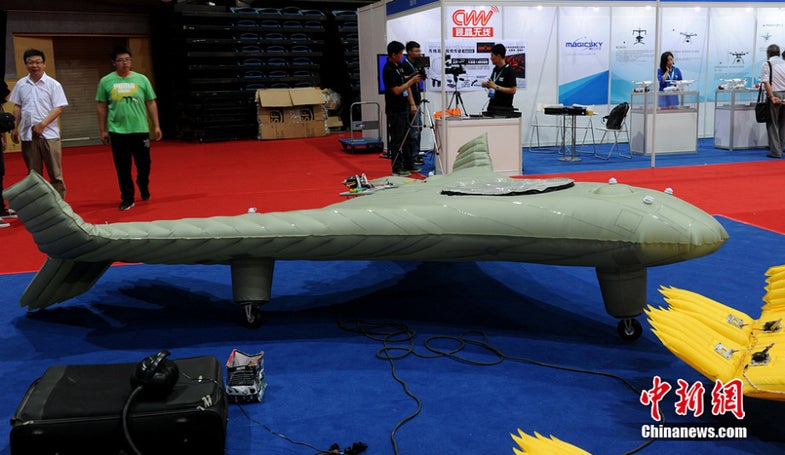 The Chinese displayed not one, but multiple inflatable UAVs at last month's Tianjin UAV Expo. The grey one is larger than its yellow brethren, it also has stronger, reinforced landing gear. Chen Haifung, China News Agency
SHARE 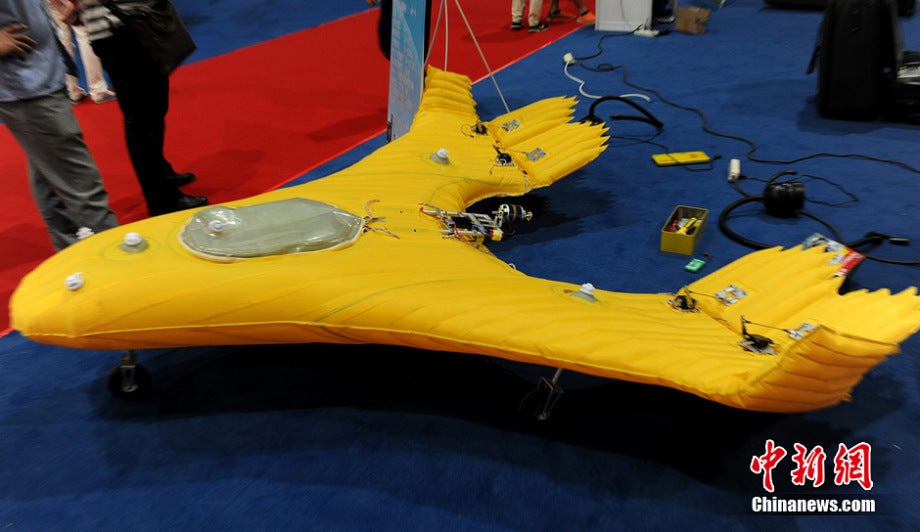 Shown here is a fully inflatable UAV, designed as a flying wing. The electric motor in mounted on the center rear, the actuators for the wing flaps on the side can also be seen.

While Chinese industry is often accused of copy-catting and IP theft, its robotics research has often showed great originality. Case in point, at the Tianjin International UAV Exhibit, a Chinese manufacturer debuted an inflatable UAV. It is designed for low speed, low altitude roles, such as conducting aerial survey, remote sensing and reconnaissance. Powered by an electric motor, its innovative design also includes two separately inflated horizontal aerilons to enhance maneuverability. Filling it with lighter than air gas would increase its payload and range. 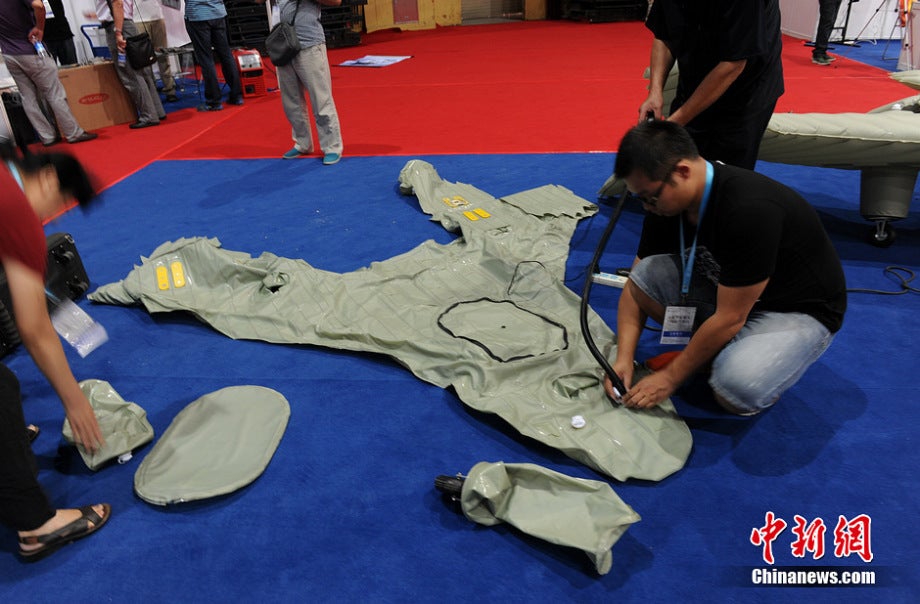 One of the inflatable UAVs is pumped up, to demonstrate how it can be made flight ready in the field to exhibition attendees.

The use of lighter than air vehicles has a long history in war, from the German’s manned Zeppelins of World War I to the US military’s more recent use in Afghanistan of “aerostats” (balloons fixed to the ground) to position surveillance and communications gear above bases. Making such systems unmanned and mobile via an inflatable UAV would provide easier storage, lighter weight and portability compared to conventional drones. Militarily speaking, the smaller footprint of an inflatable UAV means that it would enable smaller groups of soldiers (at the squad and platoon levels) to carry higher and further flying UAVs than they normally could. If the inflatable airframe of the UAV was made out of radar absorbing material, it could also have low observable and stealth characteristics. 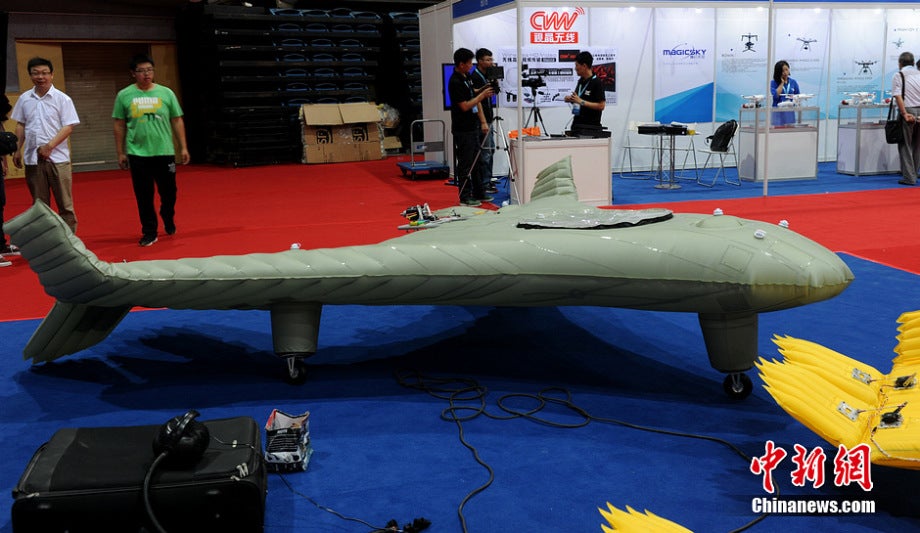 The Chinese displayed not one, but multiple inflatable UAVs at last month’s Tianjin UAV Expo. The grey one is larger than its yellow brethren, it also has stronger, reinforced landing gear.

Of course, inflatable UAVs do have their drawbacks; they would take a lot longer launch due to the time needed to inflate itself and may be less maneuverable, and certainly slower than most systems. Even more, any power failures in the engine or communications would turn an inflatable UAV into the world’s first wild drone, flying freely away on the winds.