Timeline: The Evolution Of Sneakers 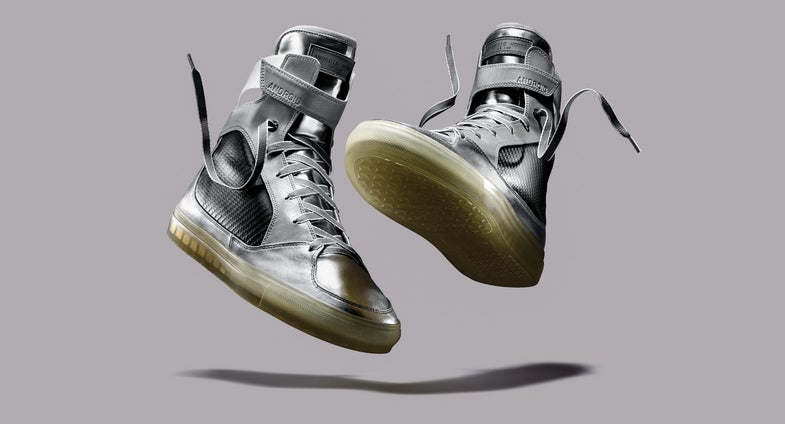 There’s not a lot of wonder attached to the average sneaker, but imagine life without it. That’s the job of Steven Johnson. He hosts the show How We Got to Now, premiering on PBS and BBC Two on October 15. Johnson traces how mundane discoveries influence future inventions. “We’re trying to shift the focus in terms of what we talk about when we talk about innovation,” he says. In the spirit of celebrating overlooked origin stories, we examine the humble beginnings of the sneaker.

Determining when humans began wearing shoes relies on the fossil record. One theory based on anatomical changes in feet date the first shoe-wearers to Paleolithic times.

A British inventor ushers in the era of modern shoelaces. Tying things with strings wasn’t new, but until then, shoes were largely fastened with buckles or buttons.

Charles Goodyear files a U.S. patent for vulcanization, which processes natural rubber into a durable product. The process paved the way for rubber-soled shoes.