Testosterone use is one of the factors contributing to unsatisfactory Pap tests. 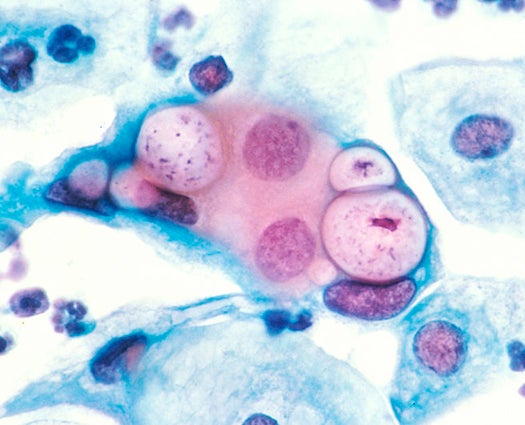 A new study published in the Journal of General Internal Medicine found that female-to-male (FTM) transgender patients were 10 times more likely to have an inadequate Pap test than female patients.

FTM transgender people, also known as transgender men, identify as male and were born with female reproductive organs. Many of these individuals eventually undergo complete sex reassignment surgery (also known as gender confirmation surgery), which removes the uterus and cervix. But in the years before they undergo that procedure, they are vulnerable to cervical cancer, and regular diagnostic Pap tests are indicated.

Pap smears take a sample of secretions and cells from the cervix and are used to detect cervical cancer or precancerous changes. Inadequate Pap tests can’t be evaluated due to a lack of sufficient cells or because of obscuring blood that renders the test unreadable.

Transgender men were less likely to have tests that were obscured by blood, but more likely to lack enough cells for the test to be done properly, possibly an effect of testosterone treatments that FTM take to help penile development and muscle growth. The increase in testosterone causes the tissue of the vagina and cervix to thin, shrink, and dry up, which makes the test more difficult to perform along with being more painful for the patient.

Furthermore, psychological issues regarding identity contributed to inadequate test results. According to the study, Pap smears can be challenging for a transgender man to contemplate, due to a disconnect between biological sex and gender identity – many pre-operational transgender people wish to ignore the existence of their natal reproductive organs entirely. Another study with six transgender men found that “gynecologic exams are often a unique time when extreme emotional conflict between self-perceptions and physical anatomy are heightened because of physical touch.” Another possible factor includes discomfort and lack of education on the part of physicians treating transgender patients.

The researchers worked with Fenway Health, the largest healthcare facility serving the LGBT community in Boston, to analyze Pap test results from 233 FTM and 3625 female patients between 2006 and 2012. They found that FTM patients were more likely to have an inadequate Pap, more likely to have multiple inadequate tests, and delayed follow-up testing five times longer than female patients.

But there are preventive care alternatives to Pap smears, such as human papilloma virus DNA testing which could be a more effective method of screening transgender men for cervical care. Historically, some individuals would keep the cervix to preserve sexual pleasure and inner pelvic architecture, but recent studies have not found any clear benefits for this option. For FTM patients who opt for total hysterectomies that remove the cervix along with the uterus, over partial hysterectomies that leave the cervix intact, there would be no need for a Pap test at all.

Health care issues, including health disparities and access to non-discriminatory facilities, are a continuing subject of active discussion in the LGBT community.