This pseudoscience movement wants to wipe germs from existence

A 160-year-old rivalry, two cranky chemists, and a growing community of COVID deniers. 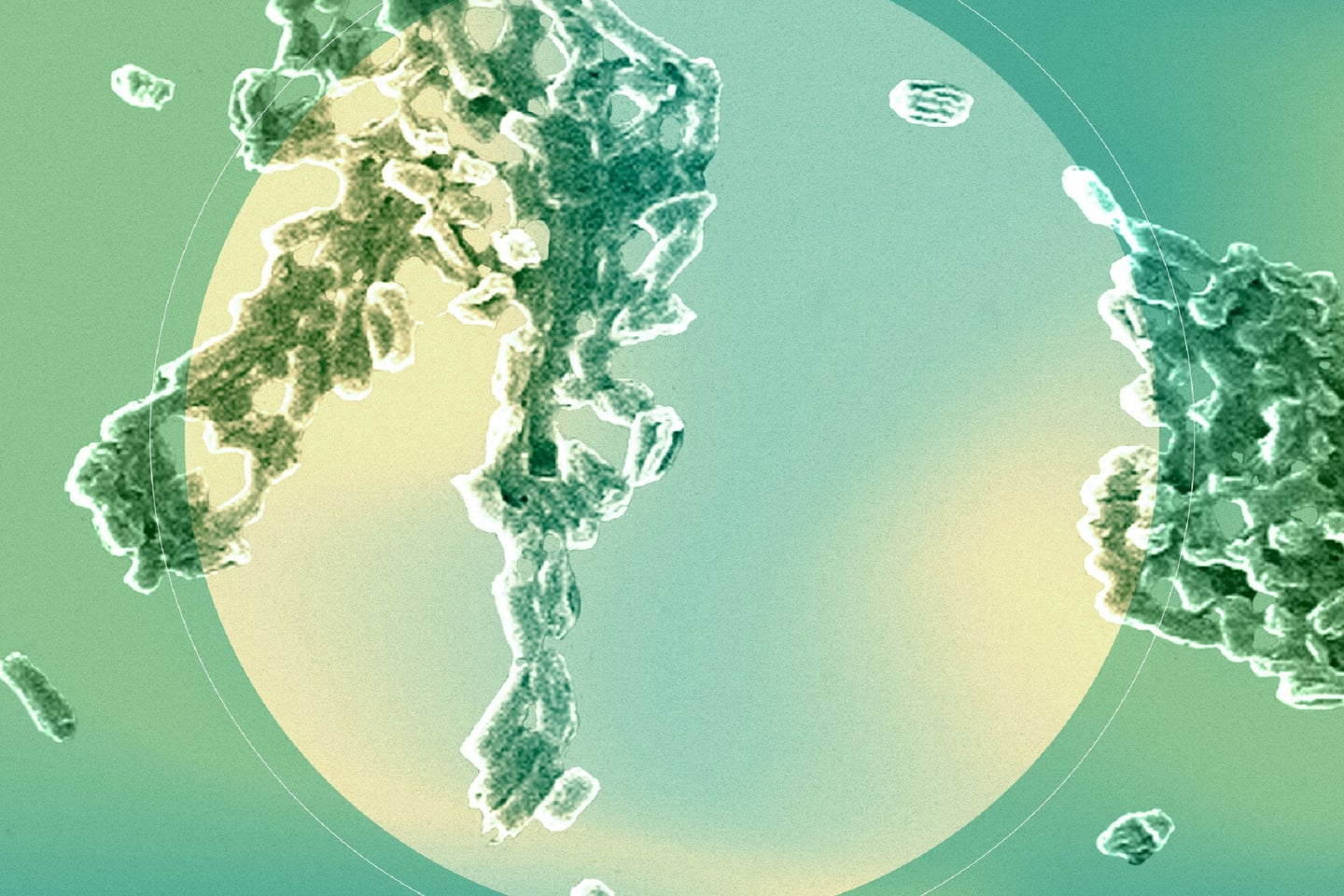 Just like E. coli can be natural and pathogenic, terrain theory does see eye to eye on some facts with germ theory—but not many. Deposit Photos
SHARE

The COVID-19 pandemic has breathed new life into a 160-year-old rivalry. Science skeptics are flocking toward a fringe set of beliefs called “terrain theory,” an ideology that ranges from total denial of the existence of viruses and bacteria to the belief that lifestyle choices alone force otherwise benevolent microbes to transform into pathogens. The central gist is that the body’s “terrain,” not germs, creates disease—reasoning that offers legitimacy to skeptics of masks and vaccines. In the Facebook group “Terrain Model Refutes Germ Theory,” which has grown from 147 followers to 20,700 since the beginning of the pandemic, one member who tested positive for COVID-19 speculated that he fell ill because he broke his ankle. Another member argued that “measles is a developmental cleansing.”

Followers of this movement have chosen an unlikely martyr: Antoine Béchamp, a French chemist and underdog who died with little recognition for his accomplishments, still bitter toward his arch-rival, Louis Pasteur. Béchamp was the father of terrain theory. Scientists and historians say his ideas weren’t totally wrong—but somewhere along the way, fueled by the conviction that Béchamp was unfairly ignored, an entire pseudoscience movement has cropped up around his discoveries.

Béchamp vs. Pasteur: an enduring rivalry

As a historical figure, Louis Pasteur is renowned. Not only did the 19th-century French chemist help discover that microbes cause infectious disease, but his research also taught us how to prevent illnesses. The first scientist to grow weakened versions of bacteria, he laid the groundwork for modern vaccination. And every time you buy a pint of pasteurized milk or wine, you can thank Pasteur—he discovered that heating liquids prevents their contamination. Some historians have honored him as the “father of microbiology” and one of the fathers of germ theory.

At the time of his discoveries, Pasteur was France’s golden child. The scientist had everything: a huge lab, funding from the French government, the best equipment around. He was lauded for his discoveries, says Thomas Laqueur, a historian of medicine at the University of California, Berkeley. “Whatever he said was held to be true,” Laqueur explains. But Pasteur was unwilling to share the spotlight—he wasn’t the type of scientist to credit others for their ideas In summary? “He was not a generous guy,” Laqueur says.

Pasteur’s star status earned him at least one enemy. On paper, he and Antoine Béchamp had a lot in common: Both were born around the same time in early 19th-century France, and both began their careers not as doctors or biologists, but as chemists studying fermentation. And that’s where their rivalry began.

In 1857, Pasteur announced the remarkable discovery that we can thank tiny organisms for fermentation, upturning the previous belief that chemical changes, like food spoiling, happened spontaneously. There was only one problem: Béchamp had already made a similar discovery—or so he claimed. You see, he hadn’t actually published that finding. But Pasteur’s discovery incensed Béchamp. Pasteur’s increasing acclaim only rubbed salt into the wound, Laqueur says. Béchamp didn’t receive the funding, equipment, or acclaim that Pasteur did. On top of that, the poor guy just had a rough life. “He lost his kids. He lost his wife,” Laqueur adds. “They hate each other because [Béchamp] got beaten by this star.”

Experts today acknowledge that the chemists likely came to their conclusions independently, according to a 2007 article published in the South African Journal of Science. But the two rivals didn’t acknowledge that possibility. Instead, at meetings and conferences, accusations of plagiarism were lobbed in both directions. “They hated one another,” Laqueur says.

It didn’t take the rivals long to jump from chemical reactions to illness, and that’s where their ideas veered in different directions. When Pasteur began to develop a theory of infectious disease, Béchamp called it “the greatest scientific silliness of the age,” according to the same article in the South African Journal of Science. In response, he developed what he later called “terrain theory,” which looked quite different from the modern movement. He believed that microorganisms are essentially benign, and that pathogens emerge when structures inside our cells, called microzymes, transform into bacteria in response to unhealthy environmental conditions—like tiny Dr. Jekylls transforming into Mr. Hydes. In other words, he believed that disease causes pathogens, and not the reverse.

The truths and mistruths of terrain theory

Let’s be clear: No reputable scientist today refutes germ theory. “Germ theory is a basic understanding that has held up wonderfully for well over a century now,” says John Swartzberg, a physician and expert in infectious disease also at the University of California, Berkeley. “Really, there’s nothing to controvert that.” When a vaccine eradicated smallpox, we saw germ theory at work. When antibiotics made previously deadly childhood infections like strep throat easily treatable, that was another win for germ theory.

That said, in a few small ways, Béchamp was correct. For instance, it’s true that the vast majority of microorganisms are benign, and often even critical to our survival. “Only a small handful of bacteria are what we call primary pathogens, meaning if we get exposed to them, they have a good chance of causing disease,” Swartzberg says. Another kernel of truth: environment, or “terrain,” does matter, and even pathogenic bacteria don’t cause disease in everyone. You don’t have to look far for a clear example. For reasons not totally understood, an estimated 35 percent of people infected with COVID-19 don’t get sick, according to a recent analysis published in the journal PNAS. Factors that seem to play a role in whether a person develops symptoms include age, underlying medical conditions, whether someone smokes, and even their sex—all of which you could argue affect terrain. But these ideas aren’t a smoking gun held by the medical establishment; to the contrary, they fit neatly within germ theory, which doesn’t claim that all germs cause disease.

Plus, the majority of Béchamp’s ideas were totally wrong. There is no scientific basis to the idea that microzymes lie dormant in human cells, waiting to turn into pathogens, Swartzberg says. More fanciful still—and more dangerous—is the modern interpretation of the chemist’s ideas.

“[Béchamp] seems to offer some historical legitimacy to the view that what matters is diet, healthful living, and a whole bunch of life-style factors,” Laqueur writes in an email. One member of “Terrain Model Refutes Germ Theory” suggested that it was sugar and alcohol, and not disease, that killed an estimated 90 percent of Native Americans after the arrival of Europeans. Commenters on another post offered advice to a mother whose young adult daughter had just learned she had HPV and an irregular pap-smear with suggestions like detoxing, switching her daughter to a fruitarian diet, and never getting a pap-smear again. This extrapolation of one concept into something completely different is a common theme in pseudoscientific movements, Swartzberg says: “People will take a kernel of truth and then build a whole idea around it that has no scientific nor historically plausible basis for it.”

The role of the human psyche

While much has been made about the spread of misinformation, movements like terrain theory have less to do with ignorance than they do with distrust, says Gabriele Contessa, a social epistemologist specializing in public distrust in science at Carleton University in Ottawa, Canada. Some of that skepticism is justified, Contessa says. There are indeed scientists and corporations that have alternately suppressed or ghostwritten scientific results to cast their work in a more favorable light. Marginalized groups have historically experienced systematic mistreatment by the scientific and medical establishments. Members of these same marginalized groups often also experience gaslighting when they visit doctors with legitimate concerns. These events and experiences sow distrust in sound science, Contessa says. And it doesn’t help that during the pandemic, US politicians have very deliberately launched campaigns to undermine the credibility of experts, he adds.

Equally important is the sense of identity and community that people find in these movements, Contessa says. He calls this search “desperate.” A profound sense of powerlessness and disenfranchisement—feelings only amplified by the pandemic—fosters deep cynicism. “That makes you want to stick to those who see the world like you,” he explains. Once people join a movement, it’s hard for them to change their views—to question any aspect of the pseudoscience is to risk ostracism from the community. “If you start objecting, and you start saying, ‘Look, there is something that doesn’t really add up here,’ you’re immediately blacklisted as somebody who is not a true believer,” Contessa says. This dynamic is evident in terrain theory Facebook groups, where members shout down doubtful or confused commenters.

[Related: These urologists are setting the record straight about penises and COVID]

For members of the modern terrain theory movement, Pasteur represents the medical and political establishment they so distrust. In some ways, this is confounding to historians and scientists alike. After all, Pasteur was only one member of a whole group of scientists who developed the germ theory of disease—and he wasn’t even the most important member, at that. (That honor arguably goes to Robert Koch, a German scientist who developed a set of criteria to prove that a specific organism causes a disease, Swartzberg says.) Similarly, Béchamp wasn’t the only figure to object to germ theory. “I’m not sure why this binary argument has come up as Pasteur versus Béchamp. It doesn’t make much sense to me,” Swartzberg says.

It does make a little sense to Laqueur. In some ways, the character Pasteur plays in the modern terrain theory movement is an echo of the past. “Pasteur was the darling of the Third Republic and of French imperialists,” Laqueur writes in an email. “Béchamp and his latter-day supporters object to germ theory from an individualistic perspective and from a distrust of the state.” Then and now, politics and science remain tightly intertwined, the former influencing the credibility of the latter. In contrast, Béchamp, whose obituary simply read “his name was associated with bygone controversies of which it would be unprofitable to recall,” is viewed as an underdog, justly sticking it to the establishment, Laqueur says.

It all comes down to a good story: the powerful versus the powerless, the lone wolf versus the sheep. It just so happens that the “sheep” of this story had ideas that turned out to be more correct—and saved lives. But for those who identify with the underdog, that doesn’t matter. Science maps onto the story we tell ourselves.