Ragnarok, or Apocalypse by Press Release

I had a vivid dream two nights ago, in which I was gathered with dozens of friends in a large... 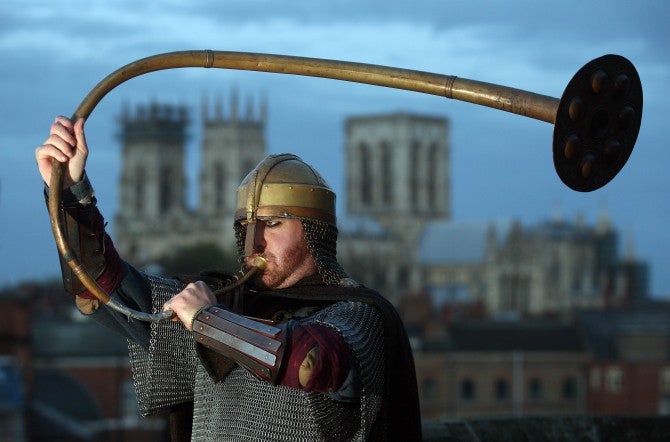 I had a vivid dream two nights ago, in which I was gathered with dozens of friends in a large warehouse with huge glass windows. Suddenly I heard whispered voices chanting, and eventually I was able to make out that they were saying “Ragnarok” over and over again. When I looked out the windows, I saw a bright red glow in the sky that grew and grew until it became a meteor that came down and burst through the glass, narrowly missing us. Everyone started running.

“I had a bad dream,” I told my boyfriend the next morning.

“What was it about?”

Today, I saw some of my Facebook friends sharing a link to a news story that said that Ragnarok, the Norse legend of a bloody war between the gods that would end the world as we know it, was Saturday. This Saturday.

I’ll be honest – for the briefest of moments I was terrified, with the same kneejerk irrational fear I had that time I was watching Ringu for the first time on a pirated videotape before it was released in the US and the phone rang near the end of the movie and the caller ID was “unknown” and no one was on the other end. No matter how rational we imagine ourselves, all of us have a scared little animal buried deep inside our stupid brains.

But then I reread the article, because while I had heard of Ragnarok (who doesn’t love a good apocalypse?), I had never heard of a set date for the event. I knew there were supposed to be omens, like bad weather, and earthquakes, and wolves fighting eagles or something, but I didn’t recall Viking scholars pinpointing that it was all going to go down Saturday, February 22, 2014. I always assumed that if the apocalypse would happen, it would happen on a Monday. Isn’t that just like Mondays?

Sure enough, the article gave this reason for the chosen date:

So, the end of the world will happen Saturday because Saturday is the end of a feast that happens every year. Including next year. On the bright side, they admit that this isn’t a “scientific conclusion.”

Sure enough, if you search recent news articles for “Ragnarok,” you’ll find a lot of mainstream news articles about our impending doom that all mention the Jorvik Viking Centre in York, which issued this press release way back on November 15, 2013:

God damn it, Jorvik Viking Centre, this apocalypse is your fault! You blew the horn! Are there no ethical guidelines for museums in England that might have prevented them from calling down the wrath of the gods that will ultimately bury the world beneath the waves?

Never even mind the fact that February 22 2014 is 99 days after the blowing of the horn. And never mind the ethical considerations for a museum supposedly dedicated to history attempting to drum up publicity by playing on people’s fears of impending apocalypse. In the past few years we’ve seen numerous incidents of people attempting and occasionally succeeding at killing themselves in the lead up to a doomsday prediction. Norse mythology is a great way to get people interested in Viking history, but confusing legend with reality is just a great way to confuse people while letting any educational message fall by the wayside.

But really. If you have a world-ending horn in your museum, don’t blow it. Common sense.

Unless it gets you a lot of free publicity.

Oh, and my dream? I probably just saw a mention of this news on social media and forgot it. Or, I have apocalyptic dreams all the time and this one just happened to be Ragnarok-specific. Or, I’m psychic and we’re all about to die. Coin toss.