As pathogens mutate rapidly around us, this evolutionary biologist plans to keep humans one step ahead. 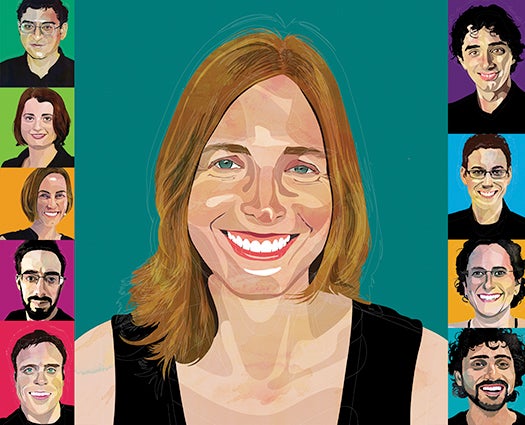 Unlike most kids, Katia Koelle’s first love was math, a passion she picked up from enthusiastic instructors. “One of my high school teachers was so excited he would jump around the room,” Koelle says. Now an evolutionary biologist at Duke University, she’s using math to reveal how infectious diseases evolve and spread.

Koelle builds models that merge data from unfolding epidemics with information about pathogens and the human immune system. She also studies the genes of viruses to determine why they mutate. Her holistic strategy provides clues to puzzles that have long stymied researchers. For example, flu viruses seem to remain relatively stable for years, only to suddenly evolve into a more deadly form. Koelle’s models show that they pick up a range of mutations over time—
potentially setting them up for a significant change. Now, she’s exploring why certain areas of the world are hotspots for generating outbreaks.

Other discoveries have been counterintuitive: Koelle’s lab found that partially controlling mosquitoes can lead to more deaths from dengue hemorrhagic fever, not less. When mosquito populations were diminished but not destroyed, the number of dengue hemorrhagic fever cases actually increased. With fewer mosquitoes around, Koelle explains, people weren’t getting re-infected until their initial antibodies had decayed. Koelle hopes such knowledge can guide public policy, pointing to new strategies for containing emerging diseases. And as viruses continue to evolve rapidly with the world around us, she plans to stay a step ahead.

_Click here to read about this year’s other Brilliant Ten honorees. _