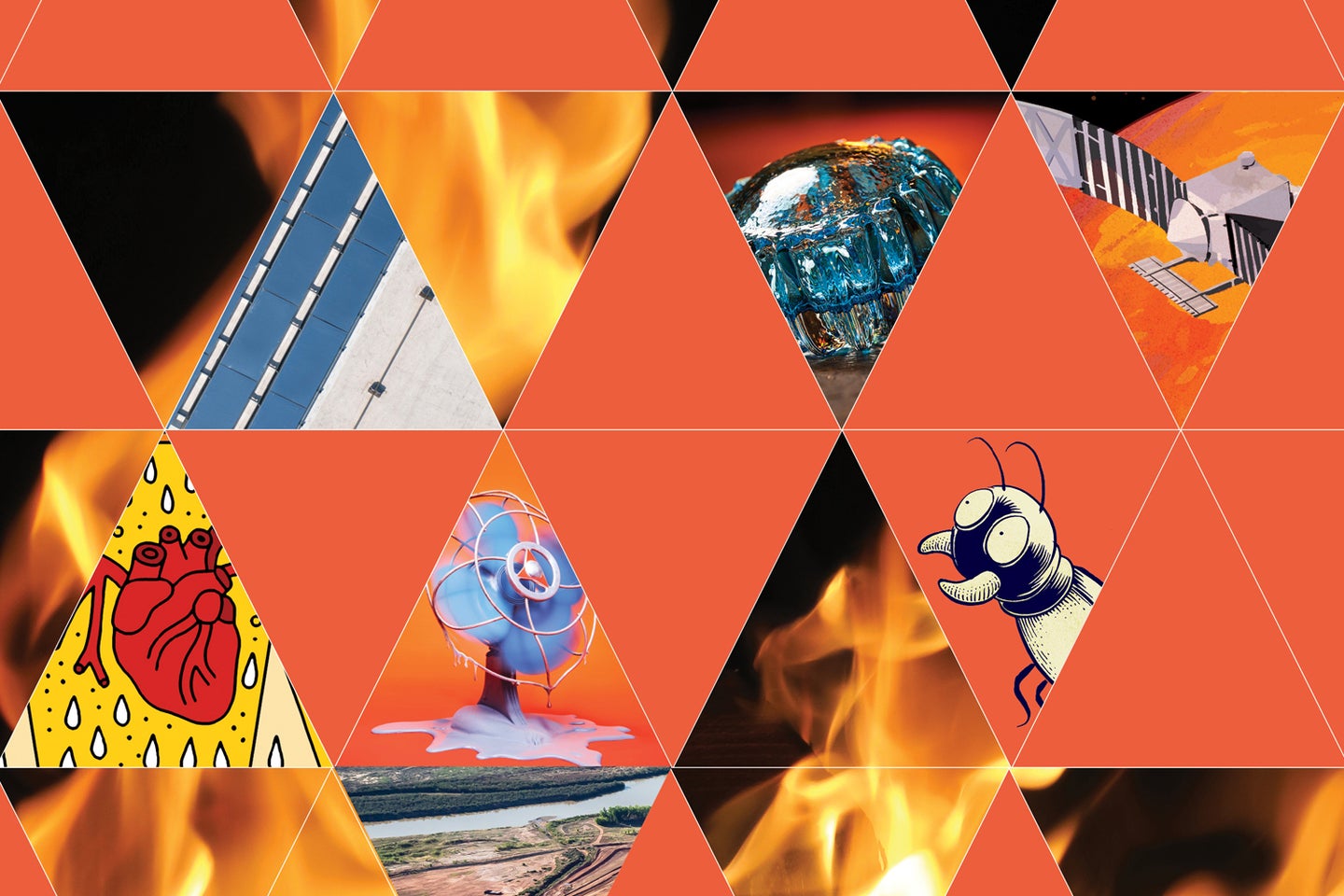 AROUND THE 100TH birthday of a close friend’s grandmother, we asked her to name the single greatest invention she’d seen in her lifetime. She’d been around when the first cars rolled off Ford’s assembly line, when commercial airliners made flying across the country or around the globe an everyday occurrence, and as person-to-person communication moved from copper lines to cell towers.

Despite how much change she’d lived through, her reply came quickly and without hesitation: air conditioning. An artificial oasis cooled to a brisk 68 degrees on a blazing summer after­noon? Nothing could compare.

For all the comfort it’s brought, though, AC is the quintessential example of the complicated relationship modern humans have with heat. Our desire for indoor chill in the steamy months feeds into the very problem it was conceived to ease—a bandage that itself spreads the infection. The units suck tremendous amounts of power, increasing demand for energy most often supplied by burning fossil fuels. And the coolants that circulate through them can seep into the atmosphere, becoming greenhouse gases. All that adds up to higher temps, and, inevitably, more air conditioners.

But as much as heat plagues us, it’s also essential. Cooking over fire spurred evolutionary changes that quite literally made us who we are today. Charred proteins and veggies and starches take less energy to chew and digest than raw ones, netting more calories and nutrients with each forage and hunt. That provided fuel for our massive brains, which we’ve since put to use harnessing combustion to power factories, trains, automobiles, and the internet.

Now our species’s hot streak has caught up with us, which is why the new digital issue of PopSci is all about defining our new relationship with extreme highs. Kat Eschner digs into the physiological realities of living in perpetual summer, Andrew Zaleski details a quirk of physics that could reduce our reliance on air conditioning, and Megan Gannon follows NASA scientists asking if Venus, our 800-degree neighbor, might hint at Earth’s future.

We uncover joyful methods of simmering down too. A homemade Slip ‘N Slide can conserve potable water, and ice cream made from cow-free dairy hints at refreshment with fewer methane-belching bovines. There’s plenty of work to do before we can say goodbye to ­Grandma’s beloved AC, but at least now we’re devising bandages that are part of the cure.

I’m a subscriber, and have accessed the digital edition already: Awesome! The Heat issue is ready for you to read in our IOS, Android, and desktop apps.