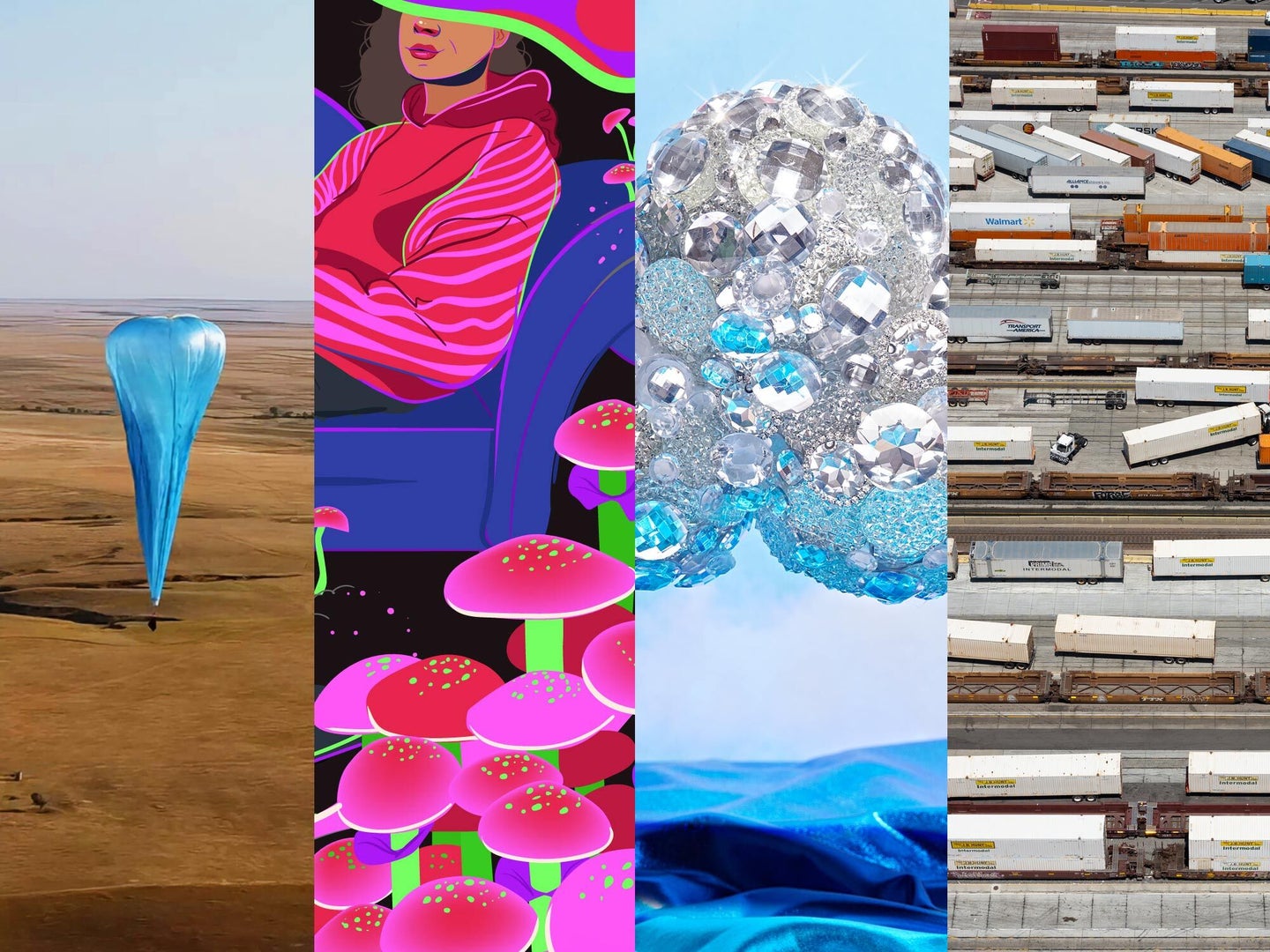 Our newest issue looks at what we can achieve with high hopes and lofty ambitions.

THERE’S AN EXPERIENCE only a few more than 600 human beings have ever felt. From space—soaring above the stratosphere, spinning in orbit, or slingshotting around the moon—the view of Earth from a distance has been known to shift the viewer’s perspective. Borders and divisions disappear, and the planet appears as a blue-and-green orb in the blackness.

The phenomenon, a cognitive shift known as the overview effect, sparks a sense of awe that can be transcendent for some space travelers. In interviews, they recount a rush of oneness linking all people and the planet. “The feeling of unity is not simply an observation,” noted Russian cosmonaut Yuri Artyukhin of his view during the Soyuz missions of the 1970s.

Seeing Earth from that vantage can spark emotion but also action. “Only when I saw [the planet] from space, in all its ineffable beauty and fragility, did I realize that humankind’s most urgent task is to cherish and preserve it for future generations,” said German cosmonaut Sigmund Jahn of his own Soyuz experiences. In fact, some credit 1968’s Earthrise photo—which Apollo 8 astronaut William Anders took while orbiting the moon—with sparking the environmental movement.

It makes sense. From afar, our home planet can feel insignificant in the vastness of space—the atmosphere a precarious layer, like cellophane, holding it all together. Seeing home as a cosmic blip makes it feel precious.

Can the rest of us get the message?

Maybe. Here on the ground, we can get a flavor of it. Frank White, the self-styled “space philosopher” who coined the term overview effect, said he felt it gazing out a plane window. Studies have shown that staring at vast oceans and canyons can spark a spiritual shift. And virtual reality offers the chance to soar into the heavens and peer back home. Such simulations have gotten fairly mixed reviews, but perhaps the desire to help our earthly selves find perspective is a glimmer of hope in and of itself.

This issue is about that kind of high hope—what it means to see things differently, to push boundaries. Such lofty ambition is what’s driven a Colorado startup to reinvent real-time wildfire monitoring with a fleet of microballoons that float above blazes. It’s why a group of retired Silicon Valley scientists and engineers want to tinker with clouds to combat climate change. And it’s what will hopefully help commercial spaceflight companies concoct fuels that won’t leave sooty fingerprints in the stratosphere as they give more and more people the chance to glimpse the Earth from above.

Maybe we all won’t get to experience the extraordinary feeling of looking back home from thousands of miles away, but sharing a globe with folks who have might be all the nudge we need.

I’m not a subscriber, but I’d like to be! Oh cool; we love to hear that! Go to popsci.com/subscribe to get in on the action. You can also enjoy our best stories right here on popsci.com, including exclusive new columns, by signing up for PopSci+.

I’m a subscriber, and have accessed the digital edition already: Awesome! The High Issue is ready for you to read in our IOS, Android, and desktop apps.