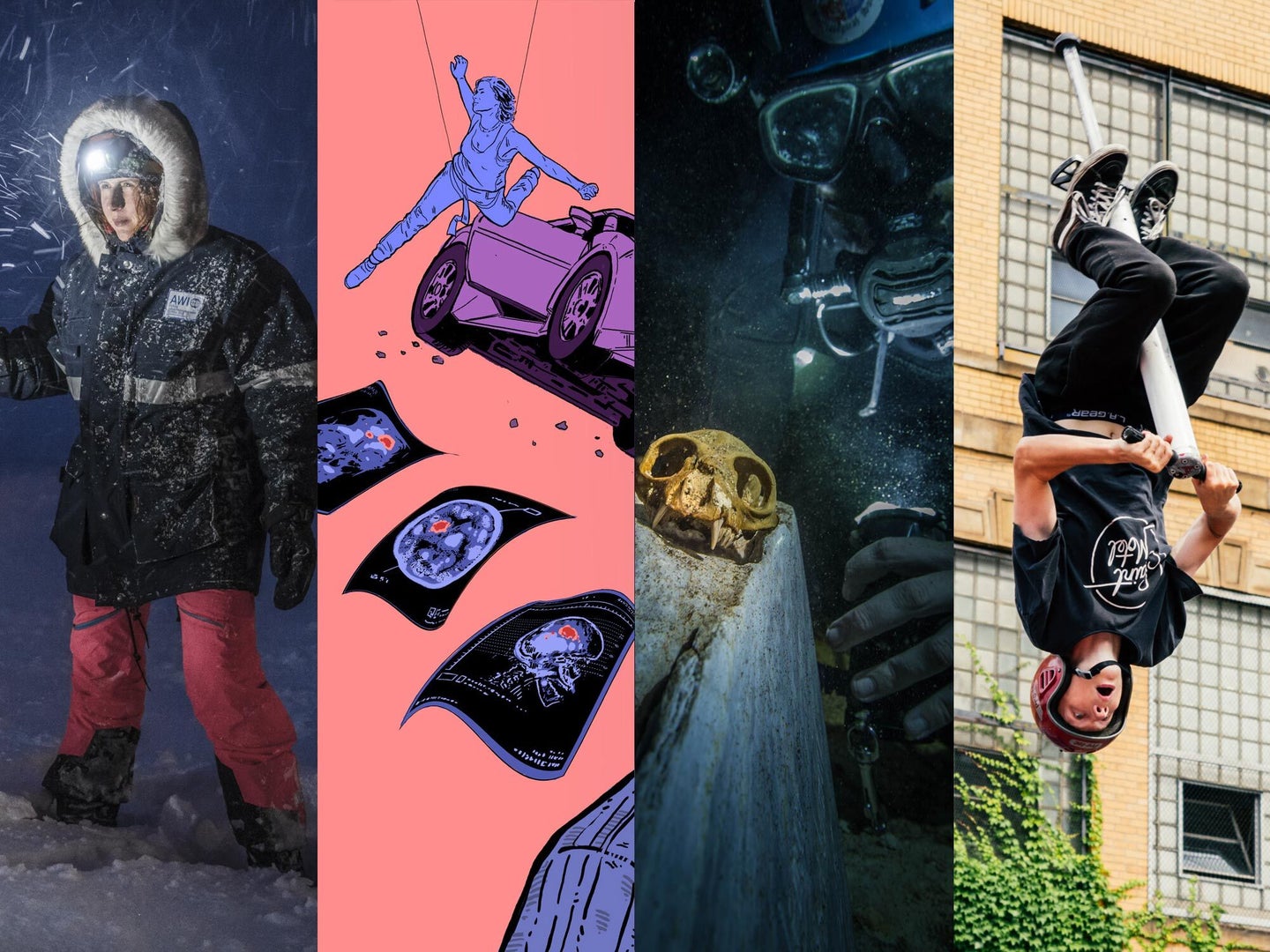 The Daredevil issue will thrill you to no end

Our newest issue looks at what happens when we step up to the edge of a cliff—and jump.

I’VE ALWAYS BEEN a pretty risk-averse person. That’s not to say I don’t love a little rush. I ride roller coasters, cannonball into lakes, and lick mustard off my unsanitized fingers while eating dirty-water dogs from New York City street carts. But at the same time, I know what I’m getting myself into: Thrill rides have harnesses, seat belts, and redundant fail-safes; I can peek into the water to check for jagged rocks before plunging; and it’s not like I’m dragging my mitts across the pavement before having a sidewalk snack. So I wouldn’t exactly call any of those things “risky”—except maybe sharing the mustard station during a pandemic.

Risk implies a true and real potential for peril. Free climbing, sword swallowing, darting across the six lanes of the West Side Highway against the light: These are all things for which the question isn’t if something bad is going to happen, but when. They are also nonstarters for a generally cautious person like me.

When we were recording the episode of the PopSci podcast The Weirdest Thing I Learned This Week that accompanies this issue, Executive Editor Rachel Feltman resurfaced a quote that, for years, has had me second-guessing my second guesses: “Running into a pole is a drag, but never being allowed to run into a pole is a disaster.”

Daniel Kish, who said that, is an expert in what he calls “flash sonar,” or the ability for a human to navigate the world by clicking their tongue and tracking the echoes of those micro sounds. Kish lost his vision as an infant due to retinal cancer, and he now teaches his echolocation methods to others—both sighted and not.

Naturally, this invites comparison to literal superheroes. (You know who.) But, while notions of noggins “seeing” with sound have been confirmed through brain-imaging studies that spotted visual cortices lighting up when a person heard locator clicks, that isn’t the point. The point—of this anecdote and of this issue—is that we need to push our boundaries to find potential. To light up pathways.

It’s an idea that goes beyond any singular skill or temporary adrenaline surge. It’s what’s inspired stunt performer Leslie McMichael to dig into how to spot often unreported head injuries in her field—and then stop them. It’s what’s sent a group of paleontologists and divers into a fossil-packed cave below Madagascar over and over in search of secrets of our past. And it’s what’s driving Tulare County in Central California to explore a controversial high-tech solution to curb its growing mosquito problem.

Maybe some of these people will run into a roadblock, a brick wall. Or, in the case of certain extreme pogo jumpers (more on them later), perhaps even a pole. But we can at least hope we’ll all be better off because they tried.

I’m not a subscriber, but I’d like to be! Oh cool; we love to hear that! Go to popsci.com/subscribe to get in on the action. You can also enjoy our best stories right here on popsci.com, including exclusive new columns, by signing up for PopSci+.

I’m a subscriber, and have accessed the digital edition already: Awesome! The Daredevil issue is ready for you to read in our IOS, Android, and desktop apps.