The University of Michigan--America's solar-racing powerhouse--will compete on the world stage with Infinium, crossing Australia in the World Solar Challenge 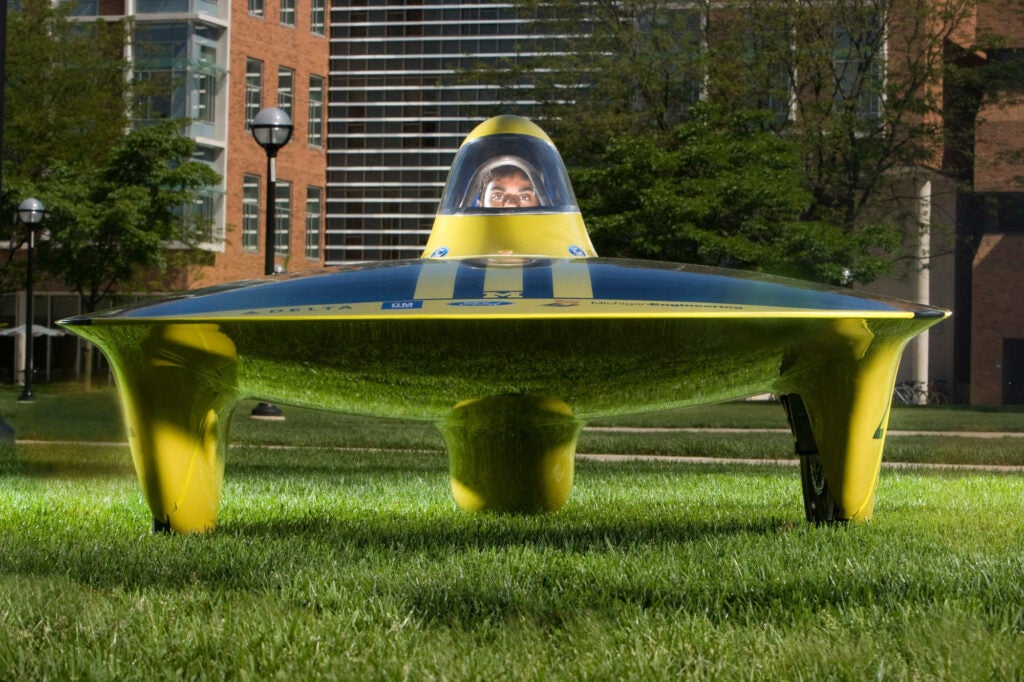 In the shadow of the state’s struggling automakers, the University of Michigan solar engineering team—one of the most advanced in the country–unveiled its newest solar-powered race car, Infinium. With the $1 million racer they hope to vanquish the competition at the World Solar Challenge, a six-day 1,800 mile sprint across Australia using only the southern hemisphere sunlight. Needless to say, it looks fast.

At 600 lbs, and as aerodynamic as a Corvette, Infinium’s exceptionally lightweight frame is spun from carbon fiber composite. The car’s innards, like the suspension, are aluminum or titanium.

“There is hardly any steel in the car,” says Michigan team manager Steven Hechtman. 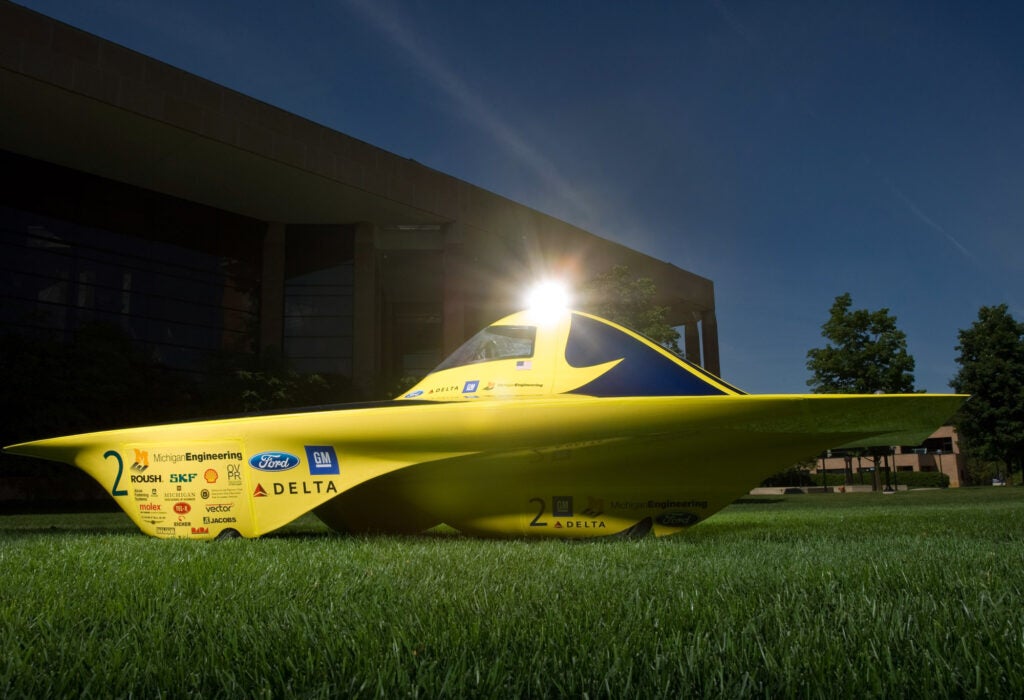 More spacecraft than automobile, Infinium is plastered in black photovoltaic strips capable of drinking sunlight at rates rivaling the solar cells found on spacecraft. A specially-designed electric motor encased in one of the car’s three wheels peaks at 98 percent efficiency. The 50 lb lithium battery is 1/3 the size of the Chevy Volt’s and supplies the car for up to 200 miles without a drop of sunny fuel.

Technological leaps made in programs like Michigan’s spur eventual advancements in car manufacturing, according to Hechtman. Skilled alumni acquire cutting-edge knowledge they can bring to private industry, and sponsors like Ford keep an eye on progress.

“We’ve been using lithium batteries for 10 years,” says Hechtman, “but they are only now about to be used in production vehicles.”

The 5-time North American winners have placed third several times at the World Solar Challenge and with Infinium they seek redemption. An early pileup derailed their hopes at the last world event.