Sorry, but Anonymous has no evidence that NASA has found alien life 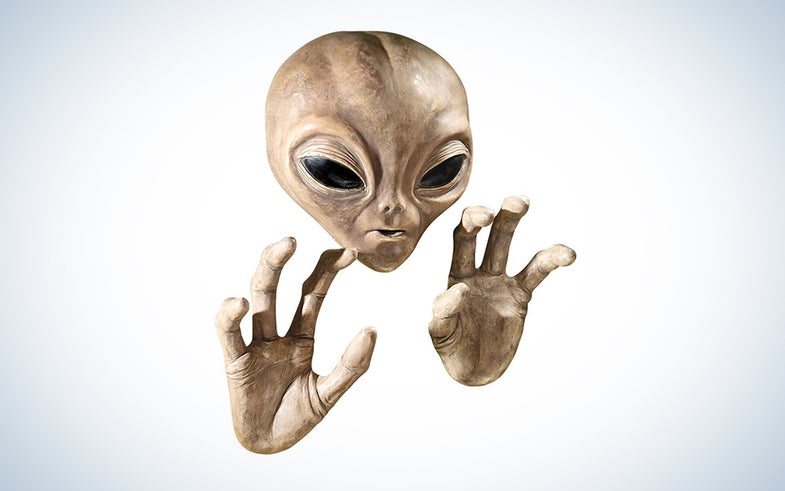 In a new video, the hacker group known as Anonymous claims that NASA has discovered alien life. But before you freak out, let’s talk.

For the record, most of us here at Popular Science would probably be thrilled if NASA found alien life. Sure, it would be a little frightening, but think of the new frontiers in science such a discovery would represent. It would teach us so much about the origins of life, evolution, and our place in the universe. Think of all the exciting headlines we could write, and the traffic it would bring to our website. We want this as much as you do, promise.

Sadly, the group of activists and hacktivists doesn’t seem to have found any new evidence to support their extraordinary claim. The video is mainly based on NASA quotes taken out of context, and what appear to be videos and information from conspiracy theory websites.

The crux of the argument is based on something Thomas Zurbuchen, NASA’s associate administrator for the Science Mission Directorate, said during a hearing in April. These sorts of hearings are organized to educate the House Science Committee on the latest research in a particular field of study. During this one, Zurbuchen said:

That’s the quote Anonymous is pegging their video on. But if you watch his opening statement, he actually explains his reasoning just before he gets to that part. He mentions the Mars 2020 rover, which will look for signs of past life on the red planet. The Europa Clipper mission is slated to search for conditions suitable to life on Jupiter’s ocean-filled moon. The Kepler telescope has discovered thousands of planets around distant stars, and we know that there are billions more waiting to be found. And the upcoming James Webb Space Telescope may be able to analyze their atmospheres for hints of life. He’s not saying NASA has found alien life, or that they’re sitting on evidence that might support such a bold claim—he’s saying that they’ve got great missions in the works, some of which might help us track down alien microbes.

Zurbuchen’s word choice in this instance may not have been the greatest. No one really knows whether such a discovery is right around the corner or decades away, because we don’t know how often life evolves if given the right conditions—as far as we know, it’s only happened once. But it is certainly true that, with all these astrobiology missions, we’re closer than ever to finding out the truth about our place in the universe. (It may be worth noting that in the current budget-slash-happy administration, it behooves Zurbuchen to get the congressmen excited about what NASA’s doing, to justify its budget.)

Shouldn’t that statement deserve as much weight as the other?

We asked Zurbuchen for clarification about his exact meaning, and NASA sent us this response in an email:

But just for the sake of argument, let’s imagine NASA really IS about to announce a breakthrough in the search for alien life (reminder: they’re not). The real-life possibilities are mostly not as exciting as little green men, but here they are:

NASA has been known to make a big hubbub over strange organisms discovered in our own backyard. Like that weirdo bacteria that was thought to use arsenic instead of phosphorus in its DNA (that was later debunked). These sorts of organisms broaden our perspective of what kind of life might be lurking on other worlds, but they’re not proof that aliens exist.

Unfortunately, the Curiosity rover is tailored to analyze rocks and minerals. It can detect biomarkers—like organic materials—but it’s not equipped to tell us whether there is or is not life on Mars.

3. Biosignatures in the atmosphere of an exoplanet.

We’re starting to be able to detect things like water, methane, oxygen, and other life-relevant molecules in the atmospheres of distant worlds, but again, that’s not enough to say whether there’s anything actually living there.

4. Something around Tabby’s Star?

A strange star with inexplicable dimming behavior started acting weird again in May, and the astronomy community banded together to collect as much data about it as possible. Did they find hints of a megastructure built around the star to collect its energy to feed a technologically advanced alien civilization? Probably not. But even if they did, they’ll need more than heat signatures and light spectra to prove that aliens are out there.

This is currently the only way we could get definitive proof that extraterrestrials are out there—NASA stopped looking directly for evidence of life after the Viking landers kinda failed in the 1970s. What happens if we’ve made contact? Well, if they’re following guidelines from the SETI Institute, NASA’s first step will be to confirm the signals are really from aliens, then confirm it some more, and then tell the public. Sure, they could try to keep it under wraps, and we’d never know. But that might be difficult, since they’d probably want as many institutions analyzing the information as possible to try to determine what we’re dealing with and what their intentions are.

Anonymous is correct in one regard: a growing number of scientists do think that life is out there somewhere. With life’s adaptability and billions of planets to potentially inhabit, the odds seem stacked in favor of multiple origins for life. But that doesn’t mean we’re anywhere close to finding it.