It’s easier to convey anger in your second language

Our emotions shape which language we decide to use. 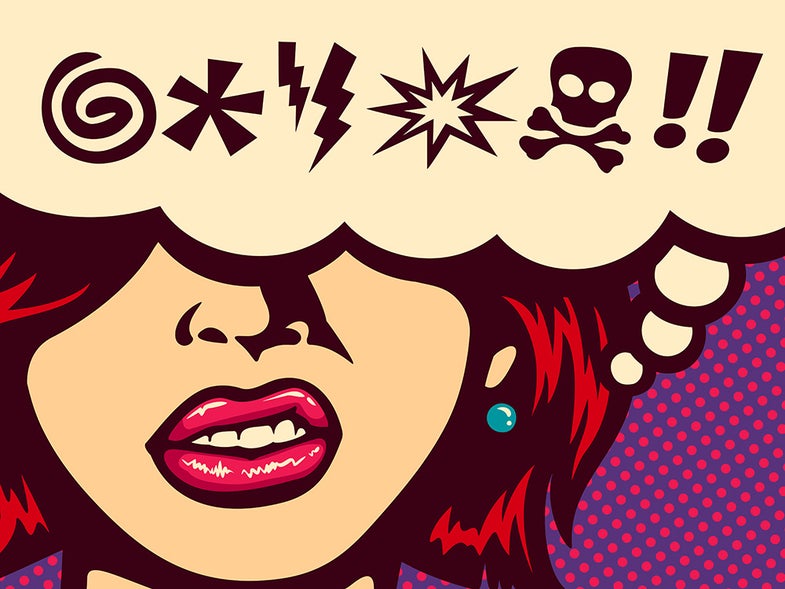 A taxi driver recently cut me off on the motorway. Without hesitation, I machine-gunned a string of vulgarity at the poor man. What struck me was that every word that came out of my mouth was in Spanish. As a native speaker of English, having learned Spanish as an adult, English should have been the more readily accessible language. Yet there I was, cussing out this stranger in Mexican-accented Spanish alongside an assortment of inappropriate hand gestures. Most people will know what it’s like to have your emotions take control of you in a scenario like this, but why is it often so much easier to vent frustration in a language that is not your native one? As most foreign language learners will appreciate, anything taboo is fairly easy to pick up in a second language and even entertaining to use. While I wouldn’t profane in English in my grandma’s presence, in Spanish I’m a wannabe Tony Montana. Incidentally, there is a scientific explanation for why we often demonstrate greater emotional detachment in a foreign language. While this detachment can make it easier for us to say rather distasteful things, recent studies have also shown that it can affect our perception of morality. Language shapes our brain Along with genetics, our brains are shaped by experience and, from the moment we are born, we experience a great deal of life through language. Years of immersion in our native tongue afford us a deep understanding of the way it is used with certain people and in certain contexts. We know when it is appropriate to recount a bad case of gastroenteritis, for example, and when it isn’t. We learn to bite our tongues when we’re upset with our boss, and we can appreciate the flow of poetry when trying to woo a partner. Whether discussing taboo subjects, swearing, or even listening to certain lyrics and music, language readily prompts heightened emotional responses in certain contexts. In this sense, our native language and our emotions are woven together in a way that makes taboo words taboo or inspiring words inspiring precisely because our brains have been shaped through repeated experience.

Subsequently, our experiences influence the development of neural pathways in the areas of our brain responsible for the control and regulation of emotions, such as the insular cortex and amygdala. Our experiences also help shape the prefrontal cortex, which, in addition to regulating impulse control and emotion, is the seat of many of our higher order cognitive capacities such as reasoning and decision-making.

The combination of these processes makes emotion and decision-making inseparable. Given language’s pervasive role in our daily experiences, and its shared link between emotion and reason, it also readily influences our behaviours. But what about a non-native language?

Sticks and stones may break my bones …

Unfortunately, we make most decisions based on implicit, automatic, and very emotional reflexes. The parts of our brain that primarily engage with emotions are faster to respond than the more rational regions of the cortex. In general, however, emotion works in tandem with reason. The dichotomy of the two concepts is really a false one, as they are inextricably intertwined.

To drive the point home, consider the following question: would you take the life of a stranger in order to save the lives of others? Most people say they would, which would exhibit reasoning of the greater good, but careful thought of ending a life would no doubt prompt a heavy emotional response. After all, killing violates many of our moral intuitions.

However, a recent study sheds light on factors that disrupt the cooperation of reason and emotion. Faced with an ethical problem—choosing whether to kill a stranger in order to save many others—the study found that, when the dilemma was posed in their second language, less proficient foreign language speakers were more likely to decide to kill a stranger compared to more proficient second language or native speakers. Interestingly, this foreign language effect was stronger when the mode of killing was more intimate, such as pushing someone off of a footbridge as opposed to pulling a switch to divert an oncoming train.

Many foreign language experiences are not as emotionally entrenched as those of a native language, so the study’s authors attribute the above result to reduced emotional reactivity between the speakers and their second language. The result is that the decision-making process is a slower and more deliberate cost-benefit judgement. In other words, decisions made in a foreign language were not as susceptible to emotional biases as those made in a native language.

True, our bilingual world is not exclusively made up of classroom learners such as those in the study, nor is the bilingual experience homogeneous. In fact, many bilinguals do have deep connections with their additional language(s). Nevertheless, it is clear that bilingualism can have broader implications than mere dinner table etiquette. In a globalising world, many of us may find ourselves making important decisions in non-native tongues. Whether it’s saving a life or voting for the next governmental official, an awareness of the many factors motivating our decisions could help us make sounder judgements.

While bilinguals do not roam the streets wreaking havoc in larger numbers than any other community, the next time you casually drop the F-bomb in Chinese over spilt milk, remember that bilingualism may offer a means to establish a meaningful collaboration between reason and emotion, or a means to end one.

David Miller is a Postdoctoral Researcher at the University of Reading. This article was originally featured on The Conversation.