You are disgusting in so many ways. Scientists just outlined six of them.

Humans learned disgust to avoid disease, but it’s turned into a complicated feeling. 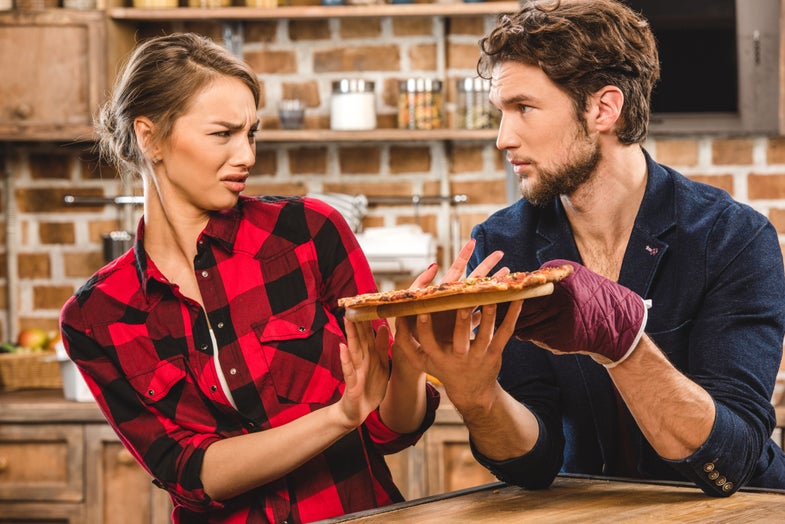 To be disgusting is to be human. To feel disgusted is, also, to be human. And we evolved the ability to feel revolted by awful sights, sounds, smells, and tastes for good reason: feeling disgusted causes us to avoid things that are potentially dangerous. A new study doubles down on the theory that humans evolved revulsion to avoid infectious disease, culminating in six different categories of human disgust that encompass infinite swaths of nightmarish and nauseating scenarios we’re exposed to in real life and fiction, every day or once in a lifetime.

The new study, published in the newest issue of Royal Society’s Philosophical Transactions B, originated from the idea that distaste acts as an “intuitive microbiologist” that tracks the sources of infection in our environment and motivates avoidance in humans. “You can think of it as a behavioral arm of the immune system,” says study coauthor Mícheál de Barra, a research psychologist at the Center for Culture and Evolution at Brunel University in London. That’s not necessarily a new idea, “but so far, there has been little attempt to link the sources of disgust to the sources of infectious disease in a comprehensive way.”

So Barra and his colleague, Val Curtis at the London School of Hygiene and Tropical Medicine, developed a method for understanding disgust based on illnesses, asking participants to rate their response to more than 70 different mortifying scenarios, like coming into contact with hairless cats, touching scabby fingers, learning a friend tried to have sex with pieces of fruit, and seeing pus from genital sores. And the result is a new framework that Curtis and Barra hope will resolve some questions about the kinds of things people find disgusting, and why.

It’s definitely an interesting theory for why we feel revulsion, but if the reason we evolved disgust is fairly easy to grasp, the origins behind how and why we actually find particular things repulsive is far from simple. Disgust, says Barra,”is simultaneously emotional, biological and cultural—certainly a combination of learning and genes.” Seeing smallpox sores will cause horripilation in almost anyone, because you instinctively know it’s a sign of bad health. But meanwhile, one person’s old flimsy couch tossed on the street really can be another person’s treasured new centerpiece of home decor. “The idea of eating from a clean dog bowl is disgusting because of a learned association,” says Barra. Genes might decide what kills us and what doesn’t, but it’s through our interactions with the environment and with other people that we learn how to calibrate and adjust to our surroundings. So while the six categories might broadly encompass most disgusting things, there will still be intense variability depending on who you’re talking to and what they’re background might be.

Debra Lieberman, a professor of psychology at the University of Miami who was not involved with the new study, thinks that Curtis and Barra have captured the most major causes of disgust as they relate to consumption and contact, with one notable exception: sex. The new study reduces sexual disgust to a basic formula: people, especially women, balk at promiscuous behavior or sexual habits that are viewed as deviant, because those actions suggest a potential partner is more likely exposed to sexually-transmitted infections or other communicable diseases—harmful not only to yourself but also any offspring you might have.

Lieberman, co-author of the upcoming book Objection, Disgust, Morality, and the Law, thinks this interpretation puts too much stock on avoiding disease, and ignores the other drivers of sexual attraction. She argues that sexual disgust “is a very separate domain of disgust. It’s based on our assessment of how sexually valuable other people are”—i.e. which reproductive partners have the best genes to pass down, not which ones are currently STI-free. So sexual disgust has more to do with avoiding partners who are reproductively bad, rather than unhealthy at the time of procreation. That’s why we view family members as disgusting sexual partners, because, even if they are healthy, we know resulting offspring have a higher chance of being born with defects of some kind. (Although when it comes to cousins, you can generally try your odds as you please.)

Moreover, there are tons of overlapping processes that might override the disgust factor. If someone in your family is vomiting up a storm, your disgust might persuade you to run away—but your affinity for your kin would actually cause you to approach and help them get better. Kinship plays a role in overseeing sexual behavior and contact behavior, but actually might encourage opposite reactions in response to specific information.

“Disgust isn’t the only system that governs what how we act,” says Lieberman. “But it does play a major role in three big parts of behavior: eating, touching, and screwing.”