Looking for a book? Try these tales of strange brains, ancient whales, and Hamilton’s forgotten doctor.

And more science nonfiction out this month. 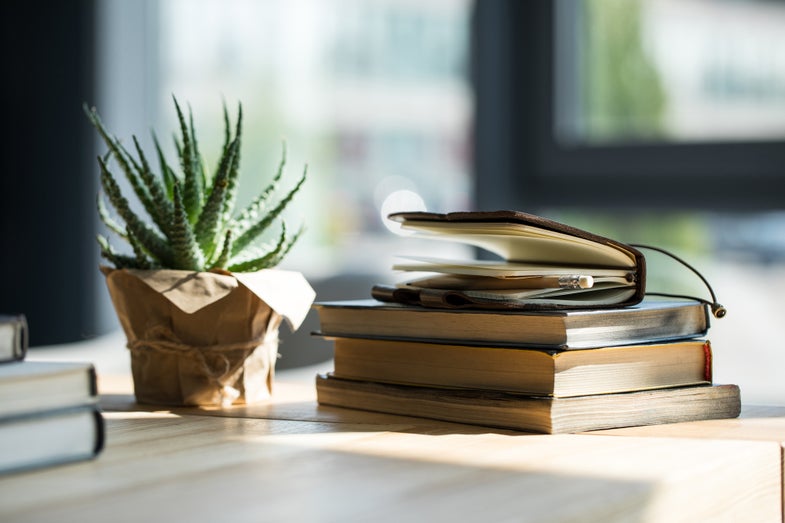 It’s June—that means the peonies are blooming, the cherries are ripe, and there’s a great new crop of science books waiting to be picked. Here are a few new tomes hitting the market this month for you to enjoy on a summer day.

You’ve listened to Hamilton, you devoured the Alexander Hamilton biography. But you might not have read up on David Hosack, the American botanist and doctor who accompanied Hamilton and Burr on their fateful duel. While he wasn’t paid in advance, he was treated with civility, and in American Eden: David Hosack, Botany, and Medicine in the Garden of the Early Republic you can read more about his life as a pioneering botanist, pharmacologist, and surgeon.

Did you know that people in the 1920’s thought that having a vasectomy would jolt a man’s libido? We’ve been messing with hormones for decades, but there’s still a lot about these chemicals that we still don’t understand. Start reading up on the strange history of hormone research in Aroused: The History of Hormones and How They Control Just About Everything.

She Has Her Mother’s Laugh by Carl Zimmer

From one of the giants of the science writing world comes a giant book. In She Has Her Mother’s Laugh: The Powers, Perversions and Potential of Heredity, Zimmer explores humanity’s inheritance, genetic and otherwise, and how we continue to reckon with this powerful force from generation to generation.

Lost in Math by Sabine Hossenfelder

Ever want to listen in as particle physicists grapple with not just theories and data, but the nature of their academic field? Eavesdrop on accessible and frank conversations in Hossenfelder’s Lost in Math: How Beauty Leads Physics Astray, which wrestles with big questions of quantum mechanics and beauty in a fun, fascinating way.

Spying on Whales by Nick Pyenson

Pyenson knows a lot about whales, especially ancient whales. He is the curator of fossil marine mammals at the Smithsonian Institution’s National Museum of Natural History, and in Spying on Whales: The Past, Present and Future of Earth’s Most Awesome Creatures he tells the story of some of the largest, most awe-inspiring creatures on Earth—from their early evolution to their possible futures, with stops at quarries filled with preserved whale skeletons, Icelandic whaling stations, and warehouses in Maryland loaded with bones.

Pick a brain, any brain, and it will be some level of strange. But in Unthinkable: an Extraordinary Journey Through the World’s Strangest Brains, Thomson takes a look at the strangest case studies, introducing us to people who can remember everything, people who are permanently lost, and a man who thought he was dead for years. It’s a peek into their lives, and a window into neurological research that’s not just about other people’s brains, but also our own.